Disciplining other people's children can be a dicey business. I sometimes face this issue at our neighbourhood park, where I often take my kids after school.

I am a former teacher, so the playground is very familiar to me: It's where a different type of education occurs. I sometimes have to remind myself that the park is not the rule-bound recess yard, and I am not on duty.

Correcting my own children is a given, but I hesitate to discipline someone else's. Parenting styles can vary from helicopter to free-range advocate, with most falling somewhere in-between, and I am leery of overstepping. Also, you can never be sure of the child's (or parent's) reaction. But that doesn't mean I will not intervene.

One day, I overheard a boy nonchalantly refer to someone as "that dumb black kid," right in front of his face. I clearly heard him say it twice, and felt that he was trying to garner a reaction from his peers. I couldn't let this pass.

I was acquainted with the offending child and called him over.

He twirled down the yellow twisty slide and approached.

"Listen," I said, then pointed to the boy he insulted. "I heard you call him 'that dumb black kid.'"

He stared at me blankly, eyes wide, as if his hand was caught in a cookie jar.

"Did you say that?" I asked sternly.

I could tell he felt something, be it genuine contrition or the fear of being reprimanded. Perhaps a combination. I let the moment sink in, not for dramatic effect but to collect myself. I was unsure of what to say next.

"I'm not angry with you – you're not in trouble," I said, pausing. "But how would you like it if someone called you 'that dumb white kid?'"

He averted his eyes, looked at the ground and said "bad."

"Do you really think that?" I asked. "Or are you just saying what you think I want to hear?"

He had a serious look on his face. "No, I would really feel bad."

"Keep that in mind, please," I said, looking him in the eye. I gave him a pat on the shoulder and sent him back to play.

I don't know if I handled this in the best way, or if this interaction made him think twice about throwing around racial slurs. Probably not. But I felt compelled to do something. I know his family (his mother would have torn a strip off him if she'd heard what he said), so I was comfortable broaching the subject. 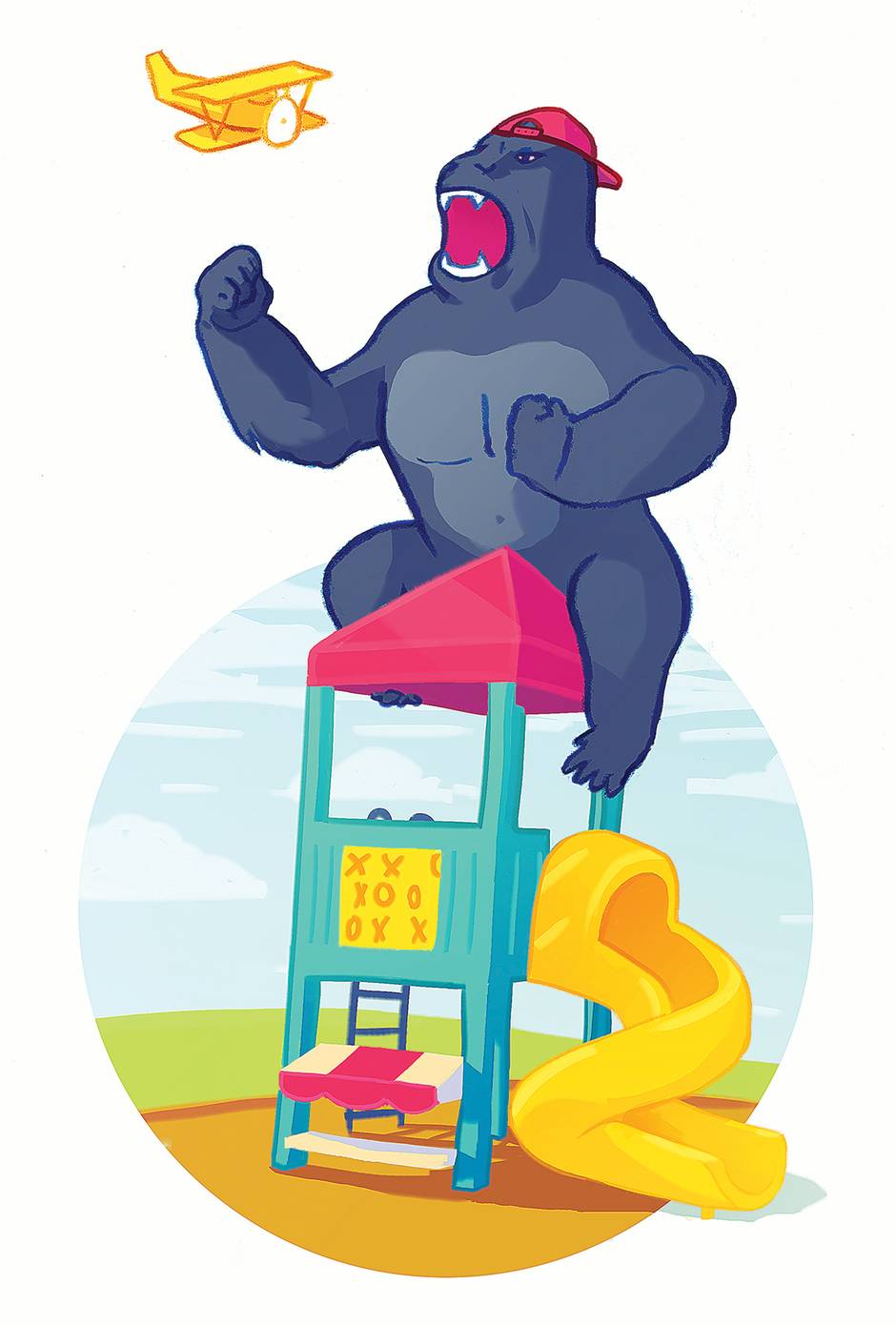 Steven Twigg for The Globe and Mail

But what should I do if the child is a stranger? What if he’s bullying everyone in sight and the children have repeatedly tried, without success, to solve the problem? I may never see the kid again. Is it worth my time to step in? Or should I let the law of the jungle gym play out?

Another day at the park. A gaggle of kids took turns to swing gleefully on the zipline. Then one child and his friend (I’ll call them “Alpha” and “Beta”) boldly hijacked it. They refused to share, revelling in their coup. When others asked for a turn, Alpha ignored, then insulted them. Some kids verbally objected, loudly, but he stood his ground, replying, “You can’t tell me what to do!” Grumbling followed. Alpha’s big sister, who appeared to be “in charge,” chided him, but still nothing. A parent told him to share, but he defiantly ignored his command.

I looked at the other adults. I was sure we were thinking the same thing, but no one took further action. “It takes a village …” I thought. I put my teacher hat on.

“Hey,” I said, approaching Alpha, “why don’t you want to share?”

I was simultaneously impressed and appalled at the boy’s insubordination.

“I can do what I want!” he added brusquely.

Time to consider a different tactic.

I told him everyone was getting along nicely until he and his friend came along. No one had a problem sharing. Turning to the crowd of kids, I asked: “How many of you wanna use this zipline?” All hands shot up in solidarity. “Everyone here wants to use it,” I told Alpha bluntly. “You’re a big kid. You decide what you wanna do.” I walked away and returned to my sitting rock, not expecting much, but at least I’d said my piece.

Alpha and Beta swung the zipline back and forth a few times, then, to my surprise, left. The boys and girls started to share. My sons looked over and waved. I waved back, smiling.

The parent sitting beside me introduced himself. “I like how you handled that – you left him with an out.”

“I used to be a teacher,” I said, “so I guess I’ve had extra practice. To be honest, I didn’t know if that would work.”

“Worked well enough,” he replied, then continued: “So, you used to be a teacher?”

“I got tired of disciplining other people’s children,” I laughed. It’s been a hard habit to break.