When I was manoeuvred out of my executive position in the 1990s (long story that still rankles), I thought that finding replacement work would be relatively simple. I had a more-than-decent work record, the right experience and impeccable references.

However, I also had years – 55 of them to be precise. This meant that, in the job market, I was competing with people a decade or two younger who could make the same professional claims.

Over the next while, I sent out many job applications both home and abroad, but after scores of "although your qualifications are impressive" and a handful of interviews, I eventually came to the conclusion that I was actually "retired."

The number of applications dwindled and began to include the odd one for which I was totally overqualified and the other odd one for which I had nothing but cheek to offer. In the meantime, I filled my days by writing, watching daytime television (that's an education) and driving dealer trades for a number of local car merchants.

All this changed one day when my wife and I were shopping in Toronto's Yorkville area. As we passed a wine shop, I noticed a "Help Wanted" sign in the window. We stopped for a moment and discussed this before entering the shop and asking the sales rep if the company might be interested in an old geezer (by this time, I was approaching 70). The gentleman suggested I submit a résumé, so a somewhat distilled version of the one that had earlier gone around the world was dropped off at the store. The rest, as they say, is history.

I started working for the company soon after, going through all the usual missteps involved in learning a new job. On about day two or three I dropped a 1.5-litre bottle of red wine that took a lot of cleaning up, as well as not endearing me to the store manager. She stuck with me, though, and I thank her to this day for providing me the opportunity to prove I still had something to offer.

As time went on, staff came and went. Since I joined eight years ago, we have had many (mainly young) people stay for a few months and then move on to something more fitting to their qualifications. Like so many retail positions, the pay is low and the hours sporadic, so few people would expect to make a career at this level. 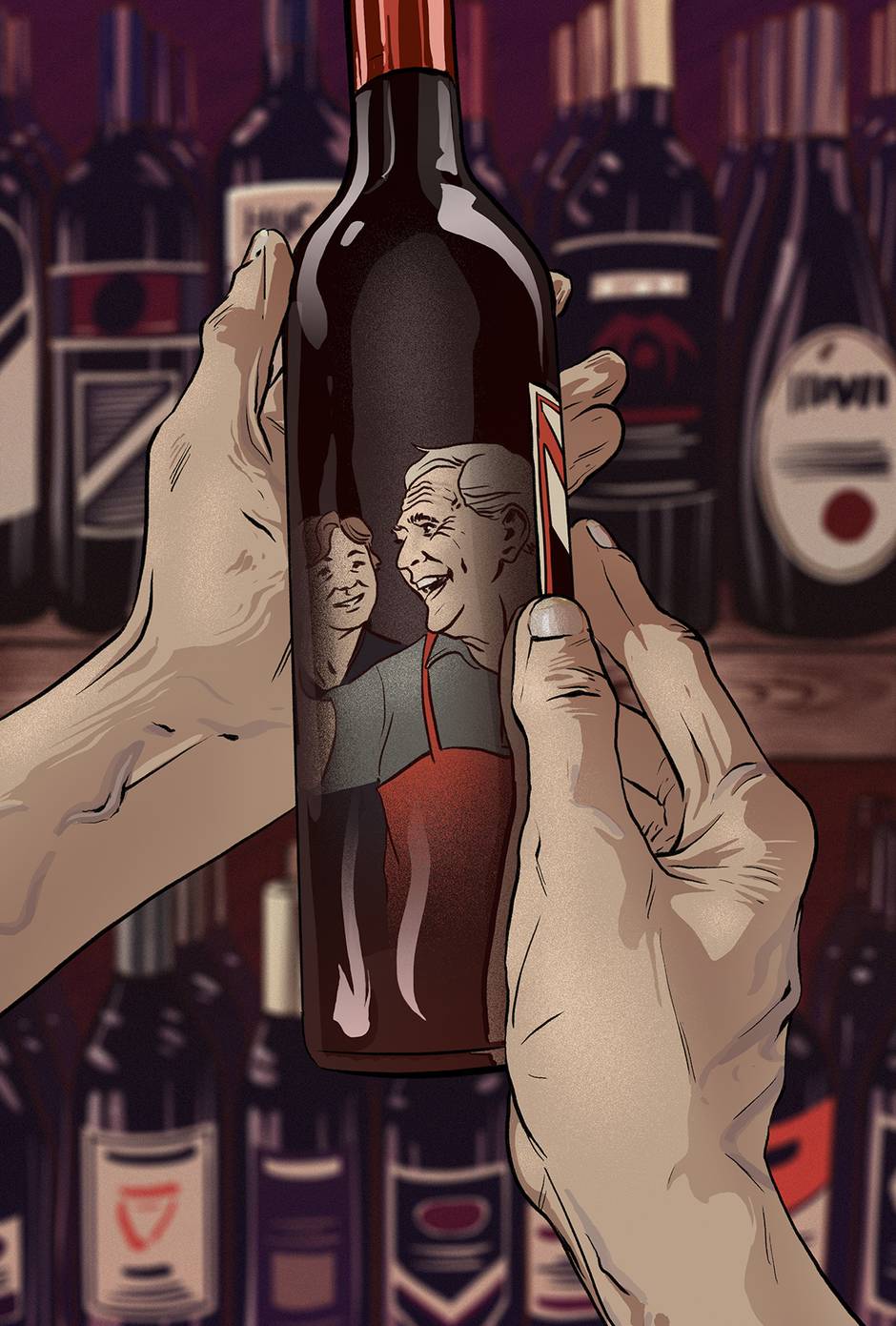 Steven Hughes for the Globe and Mail

For me, though, the whole thing has worked out brilliantly. To quote my wife, “He’s out of my hair!” and my time in the shop – although there are sometimes long periods between customers – is a pleasurable blend of creative selling and general chit-chat with a range of fascinating customers.

Since our host store is part of a U.S. chain, American visitors to Toronto are drawn to it. Consequently, we have many visitors from below the border, including movie stars and other celebrities. The first time a certain well-known actor came into the store, I spent some time telling him about the merits of ice wine without having any idea who he was. Since then, we have become nodding acquaintances, with he and his actress wife – lovely people both – saying hello whenever they are filming here.

Many other show-business luminaries have favoured us with their custom, including an Oscar-nominated actress whose name I mispronounced when I saw it on her driver’s licence, and a world-class violinist with a bottle of wine slung over one shoulder and a $2-million Stradivarius over the other.

On one occasion, during the time of the infamous G20 meetings in Toronto, a man I recognized walked past the store one Saturday morning, so I automatically waved. As I did so, I realized why I knew this man’s face – he was Jean Chrétien. The former prime minister immediately turned and walked in, complimenting me on the appearance of the shop. I had to point out that I was just a hand, rather than the owner, whereupon he agreed that continuing to be gainfully occupied past one’s “best by” date was working well for him, too.

Celebrities aside, my favourite customers remain those I have come to know as regulars. Given that there are several liquor stores within a 10-minute walk where people can buy wines from anywhere in the world, it is enormously satisfying that so many stick with us through thick and thin.

One is going to turn 100 later this year, so I’ll take her a bottle of our best sparkling wine (mustn’t call it champagne, since it’s made in Ontario) and drink a toast to her continued health and custom.

Many of our customers are elderly, which might explain part of the relationship I enjoy with them: We can easily chat about shared aches and pains. In some cases, theirs are worse than mine, so I help out by carrying bags as necessary.

All in all, this job (which is the longest-lasting of any of the occupations I’ve had) has provided remarkable therapy.

I was nearly 70 when I started, having thought that my productive days were over. But in the past eight years I’ve made so many acquaintances – and a few firm friends – that I would echo what Mr. Chrétien said: “Keeping working keeps you young.”