As an Australian and a cultural anthropologist, I find the teeth of most North Americans I have encountered a source of considerable fascination. These are teeth as nature never intended them: dazzlingly white and straight.

Although Australians now seem almost as obsessed with teeth whitening and straightening as their North American counterparts, this has been a recent change, one that largely bypassed children of my generation (the mid-1970s and early 1980s).

Some of my teeth, for instance, are slightly crooked, and one of my front teeth has a small chip in it. They're a respectable off-white colour despite my steadfast avoidance of whitening products. (I have given up trying to find a toothpaste that does not have some sort of whitening agent, since they have apparently gone the way of Beta video players and Atari gaming devices.)

My teeth are also strong and healthy. I'd never had a filling until I was 30, and only then in an attempt to repair some dodgy work done by a dentist in my hometown. Indeed, I've been told by dentists in Australia (okay, one dentist) that my teeth were so healthy I didn't need to come back for another 10 years - advice I took quite literally.

Canada is a different story. I've never been to the dentist so much or had so much dental work done as I have since moving to Vancouver in 2006. From the first visit, it was clear the dentist had an eye to improving the aesthetic appearance of my teeth. As she explained it, my minor dental imperfections impeded the perfect functioning of my teeth. Just to clarify, we're talking about a small chip in a slightly crooked tooth; it's not growing sideways or upside down.

Apparently, it's not just my teeth they want to beautify, as my dentist's office has started to offer Botox and Restylane injections alongside their regular dental services. My dentist appears to believe that improving the body's beauty and health are essentially the same pursuit. The great irony, of course, is that the contemporary look of health is often achieved by a cadre of beautification practices such as teeth whitening, tanning and dieting that seem likely to promote the very opposite.

In 1956, the anthropologist Horace Miner observed in a satiric article on the cultural mores of Americans that the Nacirema (American spelled backward) were obsessed with arresting the natural decay of the body and placed an almost religious faith in "holy mouth men" to stop the passage of time. I have come to believe that Miner's observation about the religious aspect of dentistry was spot on, because my dentist's office has the air of a place of worship.

Like any church, pictures of the object of devotion adorn the office walls: the white, straight teeth of salvation and the horribly decayed teeth of the damned - a warning of the dangers of failing to abide by the ritual ablutions of regular brushing, flossing, mouth washing etc., prescribed by the dentist.

I have a theory that dentists are almost universally feared not because of the torture they inflict upon our mouths, but because of the guilt and shame they inflict upon our consciences. This is because good dentists, like priests, trade in guilt. However, there is no quick fix for the sins of poor dentition, no dental equivalent of a Hail Mary that might return one to a state of grace.

There is only the long, hard road to salvation: sonic toothbrushes, regular flossing, braces, teeth whitening, veneers, dental bonding, mouth guards, fluoride treatments and the like. For my dentist and her hygienist, not wanting to have the best teeth you can is akin to not wanting to be a better person. They are therefore evangelical in their desire to show me the error of my ways and embrace the dazzling toothed, unlined-skinned me I could be.

The tutting starts as soon as I sit in the chair and open my mouth, first from the hygienist: "I see that you haven't been flossing regularly." What gave it away? Was it the raw gums from two days of intensive flossing prior to coming to the office in the hopes of hiding my inadequacies in the flossing department?

"Have you been using that special mouthwash I told you about?" At $12 a pop, I'd rather spend the money on a bottle of wine, thank you very much.

Then the dentist appears and the chastisement starts all over again. This time, the dentist/high priest digs around in my mouth and confirms the worst fears of her hygienist/handmaiden. Prodding each tooth, she calls out a series of numbers to the hygienist: "3, 4, 6, 6, 7, 6." I still haven't quite figured out what these numbers mean, but I have learned the hard way that anything above a 4 leads to a lengthy lecture and appointment slips requesting even more frequent trips to the dentist's office.

To date, I have managed to resist attempts to rectify my (m)oral laxity, although the dentist has done her work well because these days when I look at my teeth, I see them through her critical eyes.

However, I try to periodically remind myself that classifications of dental health are culturally relative. The comedian Jim Jefferies has noted that in Australia his blood pressure is deemed to be high, but in Britain it is considered in the normal range. Based on this logic, while my teeth might receive a failing grade in Vancouver, they are healthy by Australian standards. 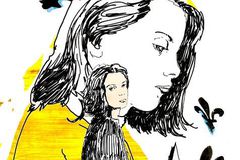 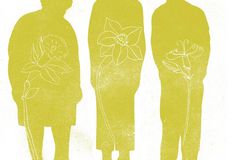