There was plenty of brown hair left on the head of the man who looked at me hesitantly from the photo I had just pulled out of a cardboard box. His lips were slightly parted, as if my father was about to say something rather than faking a smile.

Why would he fake it? His smiles came readily enough when warranted. But dressing up in a stiff white collar with a silly crossword-puzzle tie just for a photograph was no reason to smile.

Dad had never been known for good grooming, nor for the gift of the gab. A quiet man who preferred silent walks in the forest or afternoons in the garden, he reserved his skill with words for deciphering the clues in cryptic crosswords and Alfred Hitchcock movies.

But those things were mostly lost to him now.

I put down the photo, then took the stack of carefully cut-out crossword puzzles off the dresser in his bedroom and put them out for recycling, along with the unread newspapers from which they had come. Each puzzle had been precisely clipped to ensure that not a letter had been lost from the clue. And no letter had been inserted into the grid of any of them either.

Dad was a creature of habit. His home-care provider had had to disconnect the stove because Dad would still get up every morning and light the burner to boil water for his egg. The problem was that he would forget to put the water in the pot. Once, he even tried to warm up a heating pad on one of the burners instead of using the microwave oven.

The neighbours had been complaining, too. Dad had been brought up in an isolated area of British Columbia with no heat or running water. Hence, when nature called, he answered the call – in nature! He had been using the "outdoor bathroom" again.

In the nursing home in Victoria, Dad seemed happy enough. His new roommate played the harmonica, and Dad, being tone deaf, thought that every song was Home on the Range. Most of the residents didn't seem to mind when he sang off-key at full volume, as many of them had deteriorating hearing anyway. He had also taken to flirting with the nurses and visitors, and even with me until I reminded him that I was his daughter.

I think Alzheimer's is sometimes harder on the loved ones of people who have the disease than on those afflicted with it. When Dad's second wife died, I had had the sad duty of reminding him before the funeral.

"What? Esther's dead?" he had exclaimed, with tears gleaming in his bright, blue eyes.

After an interminable pause, he said: "I'll need a wife then."

Always a pragmatist, he had then looked around and met the sympathetic eyes of my 20-year-old niece. "Will you marry me?" he asked sincerely, to which she replied with a bemused but genuine smile: "Uh, sure."

There's something to be said for memory loss, I thought as I recalled the scene. I opened another dusty cardboard box, wondering what treasures I would find. It seemed wrong to be rooting through Dad's personal belongings, but the house had to be emptied for the new owner. It amazed me how much one could accumulate over a lifetime and, in the end, most of it wound up in the trash.

I reached into the dilapidated box and pulled out a First World War hand grenade. I shook my head and smiled. A year ago, a well-meaning relative had spoken to a friend in the RCMP about the grenade she had seen decorating Dad's mantle.

Following up on her concern, the officer – dressed in full uniform – had paid a visit to my father, whereupon my dad informed him that he didn't have a clue where the grenade was, then promptly hid it for fear it would be confiscated.

As a result, the whole block was evacuated and armed forces personnel from CFB Comox were flown in with sniffer dogs – all to no avail. It was the top story on the news that night. If only they had phoned me first, I could have told them it was no longer active.

As I set the grenade down fondly, I noticed one of the crossword puzzles lying on the floor. Picking it up, I saw that a word had been filled in. I smiled again, with tears stinging in my own bright, blue eyes.

The word was THOLE. "Used to hold oars in place," the clue read. I had never seen the word before, and would have had no idea what it meant, but for some reason the word had stuck in my father's head.

I looked again at the photo of the man in the grey suit, his glasses askew and the crossword-puzzle tie hanging uncharacteristically straight from his neck. I wondered what he'd been about to say. Would it have been something sentimental and deeply profound? Or something mundane, like thole?

The packing and sorting could wait. I would rather visit the man in the photograph and find out what he would say today. I might even be treated to a serenade of Home on the Range. 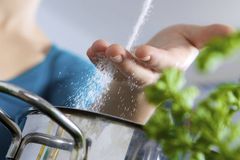 How to defend against dementia
January 21, 2013 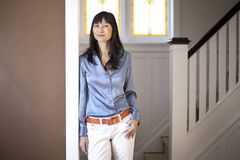 Dinners in the dementia ward
January 4, 2011 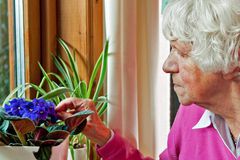 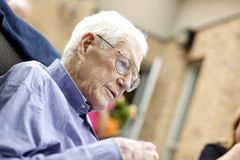