Last Saturday, my wife, Helena, and I decided to ease the life of our 14-year-old calico cat, Mehitabel, by installing a litter box on the main floor.

Actually, this is also to ease our own lives because Mehitabel is getting on, and the basement stairs aren't the cake walk they used to be, so she (Mehitabel, not Helena) has been finding little hiding spots on the main floor and relieving herself. And we'd rather not have to deal with that.

The cat is still hale enough to go down the basement to watch TV with us and we've left her food down there so she has to extend some effort to eat and get exercise, but we relented and went out to buy another litter box, and as of Saturday, the shower stall beside the kitchen was off limits to humans. It's where the new litter box is.

The following discussion was actually had in Canadian Tire:

"What colour should we get?"

"Let's see, there's purple, green, blue. Mmm, I like green, but blue goes with the tiles."

"Nobody's going to see it but Mehitabel."

We bought one without a cover because it's easier for the cat to negotiate.

"I think we should clean the shower stall first," said somebody who wasn't me.

("We" of course means Pete. Imagine. Cleaning the shower stall for the cat's litter box. "We" don't do that even before my family comes to visit.)

But the previous Saturday, I had been faced with a writing deadline. And, faced with a deadline, I'll do anything rather than write. So I had scraped the soap scum off the shower walls a week earlier. It didn't have to be cleaned again.

We unpacked the brand-new litter box. Mehitabel was excited and test drove it before we even got it into the shower stall. She didn't actually use it; she just walked around tentatively, like somebody at a new beach getting a feel for the lake bottom. We were all pretty pumped by this point.

This was going to be good.

Except we forgot to tell our son, Michel. He was staying over at his friend Chris's house on Saturday night.

On Sunday afternoon, we're at my mother-in-law's house and Michel texts that he has arrived home. But he's going to go out biking.

We get home two hours later. Helena goes for a walk to the grocery store.

I go into the bathroom beside the kitchen And that's when I learn that that before Michel went biking, he took a shower. Or at least started one.

Imagine a science-project volcano, with stinky grey lava dripping down the mountainsides. Where the cat litter box used to be was a small mountain of goop. And it was oozing. (The upside is, it did sort of match the tiles.)

You don't have to be a forensics expert to know what had happened. If you mix clumping cat litter with water, it begins to expand. And if you fill up a clumping litter box with water, it becomes the Blob from Outer Space. It smells like I imagine embalming fluid smells. It glues itself solidly to whatever it touches. And you can't just wash it off, because the more water you add, the worse it gets.

If you were going to ship it in a big truck, you'd have to have one of those orange triangles that indicate hazardous materials. Actually you should need special training to be allowed to handle it. And a hazmat suit.

In order to clean this thing, I had to heft the 40-pound mountain of goop out of the bathroom and into the backyard, and then spend the next hour figuring out a way to separate the blob from the plastic litter box.

A fancy Canadian Tire litter box like this one includes a separate tray with a bottom that is actually a screen and works as a sieve. But when you try to pour soaking wet clumping litter through it, it becomes a cement-like screen so you have to get a screwdriver and poke it through each individual tiny rectangle. There are lots of them.

You can't squirt this stuff off, but I did hook up the garden hose to do some of the after-cleaning, in the process learning that I had run over the nozzle in the garage. So I had to change that first. Have you seen news coverage of the aftermath of a tsunami? That's what 10 square metres of our backyard looked like for about an hour.

Michel got back from biking just in time to help me finish the cleanup. Then he needed another shower. 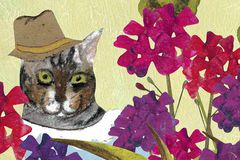 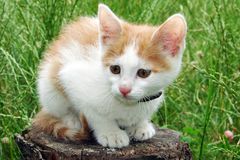