Seventy-two years ago, during the height of the Second World War, my father threw a punch at a superior after a night of heavy drinking. He had no way of knowing this punch would take the lives of all his crew mates and ultimately send him home to his father in Canada. And I had no way of knowing that a visit to a Toronto lawyer’s office 60 years later would bring his lost shipmates back to life.

In 1943, my father, Joseph Costanzo, was helmsman aboard the Italian submarine Avorio (Ivory), nervously patrolling Mediterranean waters with orders to sink any Allied ship that crossed its path. How he found himself there was a strange case of a family divided between Canada and Italy – of father and son, brothers and cousins, turned from relatives in peace to enemies in war.

The son of a Canadian railway worker in Schreiber, Ont., Joseph had been born in Italy. Finding himself there at the time Mussolini declared war, he was drafted and sent to serve in the Axis submarine fleet. In January, 1943, drinking in a bar at the naval base in La Spezia, he confronted a ranking seaman who was wont to refer to him as merda Canadese – “Canadian shit.” Joseph threw the first punch, the seaman returned it, knives were drawn. Their shipmates intervened and Joseph was arrested and thrown in the brig.

He was there for several days, contemplating his demotion, when the Avorio was sent on a mission to patrol the waters off Tobruk, Libya. Three weeks after he was released, the sub had still not returned to base. Every day for a month, he went to the radio operator at La Spezia. Every day he heard, “Avorio non risponde.” (“The Avorio does not answer.”)

Heartbroken, afraid and profoundly guilty, he came to accept the sub was lost in action somewhere off the coast of North Africa. He was assigned to another sub, the Sirena (the Siren). He had a new crew, but missed his friends on the Avorio dearly. He served on the Sirena until the armistice of Sept. 3, 1943.

When the war ended, he moved to Canada and was reunited with his father. He never spoke of the war. His father was a wounded veteran of the First World War and knew enough about what a soldier carries not to ask questions. Life went on and Joseph married, had children and tried to forget his friends on the Avorio: Marchi, the gentle musician who swore he’d marry the prostitute he loved; Battaglia, the officer whose sister my father dated in Venice; Suole, the prankster, with whom he spent his free time, the skipper he adored. They were gone and he was a Canadian now. Best to forget. 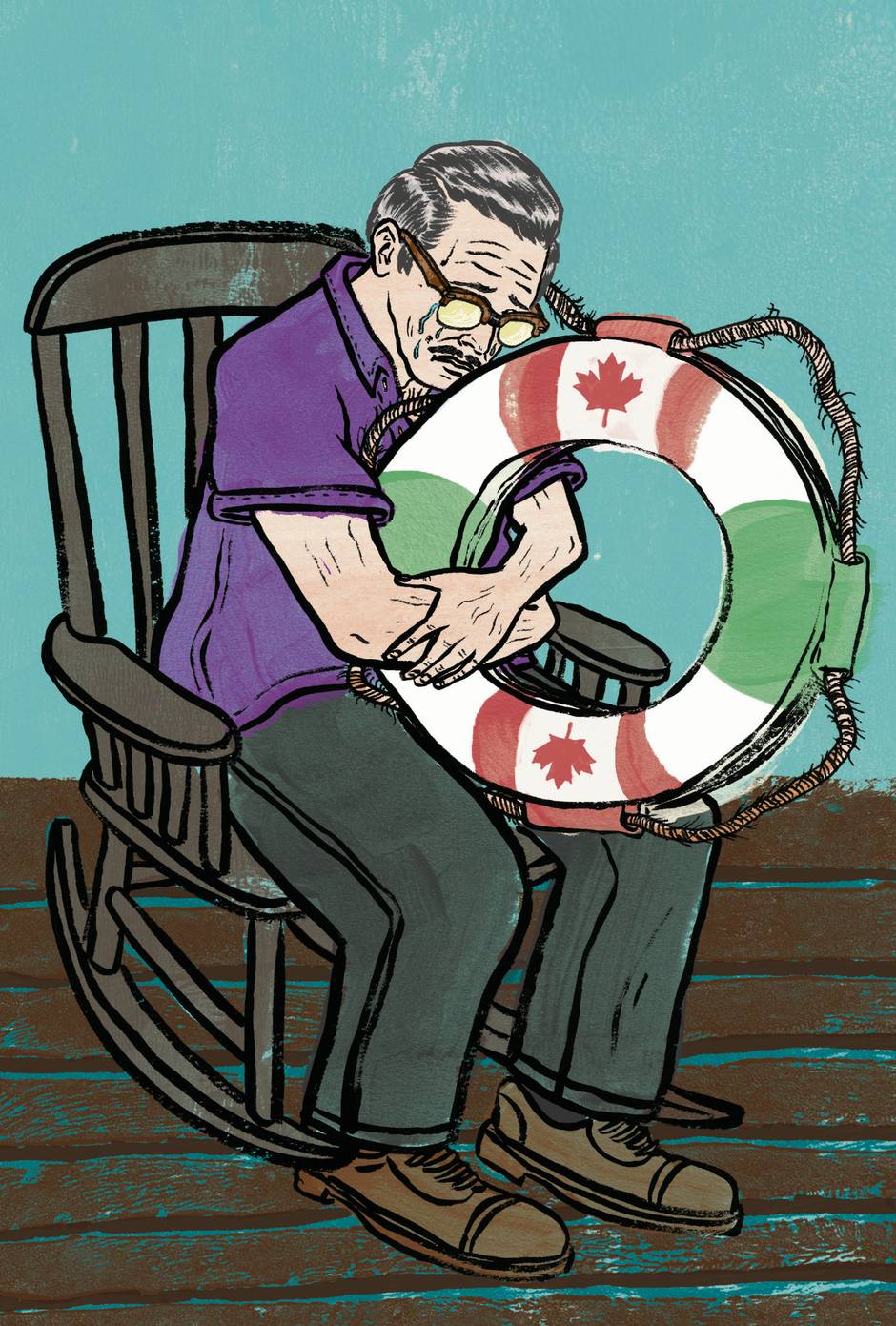 That is, until 1994, when I was studying Canadian war history and came across a map titled Axis Subs Sunk by Canadian Destroyers. On it was a dot marking a “kill” by the Canadian corvette HMCS Regina. The dot was labelled Avorio. I showed it to my father and he broke down. Fifty years had not taken away his pain. The thought of a Canadian vessel having killed his comrades was too much to bear, so he tried to forget it all over again. Another decade went by.

In 2003, I visited my lawyer to sign some papers. It was impossible to miss all the naval photos around his office. He explained he was a bit of a naval war buff.

“My dad was a helmsmen on an Italian submarine in World War 2,” I told him.

Now I knew he was a serious historian, if he could ask a question like that.

“One of his subs was the Avorio,” I said.

He withdrew into his back room and pulled out a dusty book written by an admiral in my father’s fleet. It had a picture of the Avorio being towed to dock by the HMCS Regina. The Regina’s action report stated the men my father feared dead had actually survived the encounter with the Canadian warship.

I drove straight to his house and showed him the photo. He broke down again, but this time it was different. His tears were full of relief from the tragedy he’d held silently under the surface for more than half a century.

My father changed that day. He stopped denying the war, and embraced it. He studied the story of what had happened to his sub. On Feb. 8, 1943, the Avorio had attempted to attack a convoy off Philippeville, Algeria. The Regina, which was escorting the convoy, picked up the sub on sonar and attacked with depth charges. The Avorio was damaged and the skipper thought it best to surface and speed away through the night fog. A surface battle ensued, with both vessels exchanging shots before the Regina’s four-inch gun took out the Avorio’s conning tower, killing the skipper and helmsman. The Avorio surrendered. For the next several hours, men from both crews – Canadian and Italian – worked to stop the sub being further damaged as it was towed to Tobruk.

In recent years, my father has spoken to men from the Regina several times. They have shared stories, photos and sentiments – former enemies turned countrymen and comrades by the decades that have passed. A punch saved my father’s life in 1943 and, ironically, the men who sank his submarine helped bring his Avorio crew mates back to life for him.