Nostalgia, it seems, is increasingly lost on my twentysomething generation. Nearly gone are the days when a young man asked a girl out for a date - dinner, perhaps dancing if he was eager - showing up at the door with a rose and lending an arm to help his lady along.

Now, it seems, a quick glance across a round of shots at the bar is expected to be enough to woo a girl.

Regardless of how the courtship began, after a couple of years of mutual exclusivity there arises the big question. Twenty years ago, it would have been, "Will you marry me?" My peers, however, are singing a different tune: "Will you move in with me?"

This is not gender-specific: I am far from being a man-hater, and do not intend to place undue blame on my male counterparts. I am simply curious about how and why we have found ourselves in a place where we can't grasp the reasoning behind the old "order" - courtship, dating, engagement, marriage.

I have a number of friends and family members (siblings included) who live with their significant others, have done so in the past or have imminent plans to do so. I truly don't think there is anything wrong with this, nor do I disapprove in the least. I've been happy and excited about them taking the big step of moving in together. For many couples, it's the right decision.

So here is my issue: Why can no one understand where I am coming from?

While I am certainly a blatant product of Generation Y - I am tech-savvy, educated and grew up believing the world owed me a favour - I have chosen not to follow the trend of cohabitation pre-marriage.

Am I trying to hold on to old values instilled in me at a young age? Or am I making a bad decision? Upon hearing my plan, most of my peers would argue the latter.

The criticisms I have heard over the years are vast and varying. "Financially, it just doesn't make sense. You and your boyfriend spend most of your time together anyway. Why pay two rents, when you could pay one?"

Has it really come down to money? I find it depressing that making a major decision in a relationship should boil down to finances. I understand the financial practicality of living together, and believe me, it would certainly help me pay off my post-university debts. But I would rather live paycheque to paycheque than move in with my boyfriend out of financial convenience.

"You need a trial period. How do you know if you can stand living with the person?"

My boyfriend of three and a half years is not a car, and I don't feel the need for a test drive. I am in the relationship because I know everything I need to know in order to love him. I know that living together will show a different side to both of us, but will these annoying little habits and flaws trump our shared interests and values? I should hope not.

"That is absurd! You are going to get divorced for sure."

This one might be my favourite. It wasn't always common to move in together before marrying. My own parents (circa 1979) did not, and they are three decades into a wonderful marriage, still kissing and hugging and slow dancing in our living room. And what's more convenient about moving in together and then breaking up? You have likely still invested in furnishings together, possibly opened a dual bank account or credit card and either have a mortgage or lease. Sure, you can skip the divorce papers and lawyers, but the who-gets-what and emotional turmoil still exist.

"It sounds like you are playing a game to get your boyfriend to propose earlier."

If I were that desperate to get engaged and married, I would be dating an older guy with a well-established career, not playing some silly trick on my boyfriend. He is smarter than that, and I would hope our relationship and future should not rely on me playing a game and him taking the bait.

I consider myself to be a modern young woman, but with a penchant for all that is traditional and classic - be it clothes, music or values. I love the idea of my life truly changing on my wedding day. I want to have a "newlywed stage" and have good reason to register for wedding presents. I want to get into fights those first two years, but remind myself at the end of the day that he is my husband - and marriage is forever.

I don't expect an easy transition, nor do I think I will end up in a different place than my friends who chose to live together first. What I do expect is to feel happy and proud of the decision I made.

I am not trying to convince other couples to follow suit. I am simply asking for people to open their minds to an old idea that just might work in our generation, too.

So I will continue to live with my best friend until the day I say "I do." Or until she and her boyfriend move in together.

Then I'm not sure what I'll do. 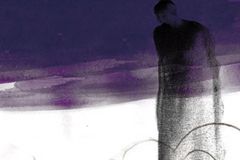