Instead, I am moving back into my mother's home in small-town Alberta – with no job, no savings, no apartment, no law degree and no kitchen table.

My kitchen table, purchased when I rented my first "real" apartment, was the hallmark of my venture into adulthood. It was sleek and sophisticated. It had four matching chairs. I remember making the painstaking decision – black or chestnut – then carting it home and setting it up. I just knew that I was a grown-up. I was the kind of person who owned a kitchen table (and a wine cabinet).

That kitchen table is long gone, sold with the rest of my grown-up accessories.

Now, by all accounts, I have nothing. When my friends ask what I am doing next, I can only reply that I might finally learn to make strawberry jam, or maybe I will do some cross-country skiing, or "Nothing, really." But I can say so with the self-assuredness of someone who knows they're on the right track.

I would not have always been so happy with the prospect of spending a winter cross-country skiing. While studying at the University of Alberta for my bachelor's degree in environmental economics and policy, I had aspirations of being a lawyer by the time I was 24. I slaved over my studies, went to conferences, was on the boards of numerous student associations. At the day to welcome the incoming law class of 2011, I wore a sweater vest with pride.

Then, two months before school was set to start, I changed my mind. The sweater-vest day had been a tipping point. It was a culmination of everything I had been working toward, yet it wasn't right. Afterward, I sat down and contemplated where I was going and made a decision: not law school, at least not then.

I decided I had never really thought about why I was on this path, I had never known anything other than the formal education system, and the only thing keeping me going was inertia. Inertia on a path I had started when I was a teen and thought, "Hey, I could be a lawyer." I was propelled by the challenge of it: "If I can get into law school, that must mean something." I was wrapped up in the pursuit of a goal without ever having stepped aside to assess whether it was the right one.

I forfeited my law-school acceptance, got rid of the apartment and sold the kitchen table.

My partner and I told our respective families of our decisions. He was going to postpone starting medical school after being admitted. My parental explanation went something like this: "Mum, Dad, I've decided not to go to law school. Instead I want to ride my bicycle to Mexico."

They were surprised, but supportive. They had had their own share of adventures.

An experienced cyclist I was not, and yet, two months after the first practice trip (a 60-kilometre debacle that ended with a rescue from Mum) and four months after I had last donned my sweater vest, we started a ride that took us from small-town Alberta to Tijuana, Mexico, and later New Orleans. Two 10-speed bikes (1970s Free Spirit bicycles), two 21-year-olds and lofty plans of finding clarity, meaning and purpose.

While it wasn't all epiphanies and serene seaside coasting, the trip marked a profound shift in my perspective on happiness. More and more I found that I was happiest when I was outside my comfort zone; when I challenged myself, mentally and physically. I was, as a friend would later describe it, "liberated from the tyranny of comfort."

We pitched our tent alongside the open road and heated up dinner over a makeshift stove. I was miles away from the life I had imagined, that I had worked toward for years, and I was unbelievably happy.

I had everything I needed (and most of what I could want) on the back of my bicycle, a feeling I had never experienced before. I had been tied to a notion that success and happiness was contingent on a foolproof recipe: house, furniture, career. I had been consumed with ladder-climbing, on hitting societal benchmarks for success.

I know now that these can still be good things. There is beauty in balance. A career in law can be a fulfilling one, and settling down can be an enriching, community-building experience. But these things must be done with passion and intent, not as part of the blind pursuit of checking the boxes of standard lifetime achievements.

Part of me wonders how I will feel about my years as a twentysomething when I am 40, 50, 80. Will I look back with pride, or wish I had started a law career by 24? Will I have another kitchen table?

For now, I am living for the moment. The patchwork of my life since its drastic change of course has been exhilarating: a variety of jobs, internships and a master's degree in economic history. I feel like I am building a foundation for lifelong learning and appreciation.

And now as I close the latest chapter – development work in India – and return in January to my mother's house in rural Alberta, I don't feel like someone who has nothing.

Yes, I could have been a lawyer by now, but I say that without even a tinge of regret.

Facts & Arguments
After working abroad, I can't find a job in Canada
October 20, 2011 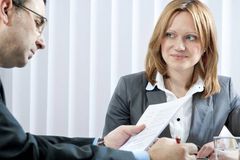 Facts & Arguments
We set out on a cross-country road trip with no plan
October 31, 2011 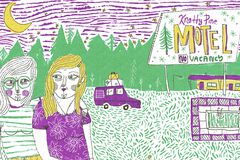