It was my idea; Mona never suggested it.

The official at the drivers' licence office squinted at me suspiciously, examined for a second time my birth certificate and marriage licence, and repeated, "You want to change your last name to your wife's?"

"Usually it's the other way around."

He consulted the form on his screen and said slowly, as much to himself as to anyone, "Yes ... you can do that."

Of all the independences one sacrifices at the altar, a name might seem like a small one. Women have been leaving theirs there for centuries.

But I agonized over my decision to take my wife's last name when we married two years ago. I told my family what I was considering; my mother laughed doubtfully. "We'll have to have a family discussion about that," she said.

She's a strong woman who would never call herself a feminist. I think she finds the word angry, abrasive. She wanted my marriage to be as happy and life-giving as hers. She willingly took my father's surname, Thiessen, on their wedding day. But giving up mine, she feared, would herald an unbalanced union. And how would she explain it to people? It just wasn't done. She cried when I told her I'd made up my mind.

"I don't believe you did it," a relative said to me recently, "and I don't even want to know why." We left it at that.

People often ask me why I did it, with curious or wary glances. It's a good question with many answers.

I did it because I love Mona - because I wanted her to know that I didn't expect her to become anyone other than herself. It mattered to me that we shared a name, so I reasoned I should be the one to offer mine up. And a combination name like Neufeld-Thiessen would only solve the dilemma temporarily. Eventually a child of ours would bring this unwieldy last name to his or her own marriage - most likely to another hyphenee.

Mona told me afterward my choice made her feel loved.

When the topic came up before our wedding, Mona said she would find it hard to relinquish her name. She also told me in her gentle, gracious way how she came to accept herself as a woman, first as a Canadian girl growing up in Sudan and later as an adult woman living in Canada, a country to which she belonged but had never called "home."

When Sudanese acquaintances congratulated her father on his three sons, he told them his daughter was as valuable to him as any of her younger brothers.

When Canadians told her God was male, she prayed to Our Mother in heaven.

These were novel notions for me before meeting Mona. I never suspected that as a man I had been given an extra portion of power in the global allotment.

I did it because any form of power comes with duties. I'm obliged to take responsibility for my power, to learn its effects - even unintentional ones - to see what it does to others when I'm not watching, to use it in the best way possible. Sometimes to relinquish it.

So far the name change hasn't cost me more than a few hours of paperwork, some explanations to public officials and a few strained conversations with brittle relatives who think I've joined a matrilineal cult. I still feel like myself. My identity remains intact. Marriage will demand larger sacrifices than this, I expect.

I wear my new name as proudly as I wear the tiny woman with braided hair I carved from a piece of antler and hung around my neck as a wedding ring. Mona wears a miniature man. Both come from the same bone. I can't remember which I carved first, but I think the woman is the more beautiful of the two. Mona might disagree.

Perhaps I'm not noble, just a contrarian. Either way, I need a good title for my maiden name: "former name" is boring; "ex-name" sounds like a cast-off lover; "birth name" implies I was adopted; "unmarried name" evokes a monastic twin who hasn't called since moving to Tibet.

I'd prefer to keep in touch with my inner Thiessen. We lived together for 26 years and parted on good terms. If he's still nursing wounds, I think I've given him a fair chance to speak up. Maybe he'll surface with a midlife identity crisis when I'm 40.

Thiessen is a name I'm glad to have worn. If, after years of putting up with the newfangled Neufeld in their midst, my long-suffering family chips "Thiessen" into my tombstone I promise not to raise a fuss.

For now, I'm content that Mona feels loved, because whether or not anyone else understands, my new name is a declaration of love. And it's a choice I made because I'd rather learn to give my power away than wield it, oblivious, until it's too late. 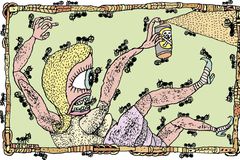 Facts & Arguments
My neighbours have nicknames, not faces
July 23, 2009 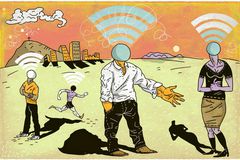