I stand beside Princess Margaret Hospital clutching a carrot. Foot traffic parts and closes around me, sliding along with mindless ease.

I'm about to drag a vegetable on a leash through downtown Toronto during rush hour – without flinching, without joking, without any friends around to temper the blow of looking like a freak in front of strangers.

This is "shame attacking," an exercise designed to curb social anxiety.

Normally, something like this would send me into a bout of panic. But four days ago someone I was dating told me he was seeing someone else. My heart hurts with an unrivalled fierceness. I need to experience an emotion that isn't sadness, and abject embarrassment might be the way to go.

I'm doing Rational Emotive Behavior Therapy, founded by psychologist Albert Ellis. It's based on the idea that people's "irrational interpretations of their experiences, not the experiences themselves, cause their negative emotions."

Ellis had a sense of humour when setting out REBT's definitions and practices. He used the term "musturbating" for the belief that a person must act in a specific way to be happy; "awfulizing" for the mental exaggeration of upsets; and "shame attacking" for making a person act a certain way in public to learn to accept the social discomfort.

In New York, near the Albert Ellis Institute, you can see people leading bananas up and down subway cars.

I've been seeing psychologists off and on since I was 17. In high school, my anxiety stemmed from schoolwork. Almost 10 years later, the worries are more nuanced. It's difficult to explain how excruciating this spectrum of anxiety feels.

Having lived in Kingston and Vancouver for two university degrees, I found that moving home to Toronto increased it to a point where I couldn't even go out with friends without my mind going toothy and wild.

Dating was even more of a challenge. I'd fret about every possible scenario: "What if the bar I choose is too busy and we can't get a seat?" "What if I order the same drink as him and he thinks I'm clingy?"

My brain was so full it was heavy. Waking up every morning, I felt I had to tear through a thick membrane, like a bird gnawing its way out of an egg, just to function at a basic level.

Surprisingly, there is release in sadness. Four days of feeling loss has sloughed away some anxiety. If I get teary on the subway or in yoga class, my mortification isn't as dire as it once was. I might be ready to walk a banana.

But my bananas are too far along. I'm worried someone will tread on it and I'll be left dragging a browned skin like a piece of road kill. I need a hardier substitute, something that can withstand city pavement but still make me look completely insane. A carrot.

On a side street, I take it out of the plastic bag and hold it in my left hand, spooling the string around my right. I feel like crying. There's a deep, muscular panic in my gut. All instincts are telling me not to do this.

I take a trembly breath. I drop the carrot. And I start walking.

There are Internet discussion boards offering REBT support. People exchange ideas for new embarrassing assignments, post results, encourage each other. The messages are raw. "I will feel destroyed," one poster says. Another worries about being called "a creep, a weirdo."

Many of the tasks posted seem mundane – repeatedly asking a grocery clerk where an item is, or yawning loudly in front of people, for example. And yet they launch these worriers into a hurricane of nerves.

But as posters complete these exercises, a slow but certain release is documented. People laugh at themselves. "I found myself having a good time," writes one. "Sometimes being rude is pretty good fun."

As for me, I've never experienced anxiety like this. The intensity frightens me. The panic is febrile and tangible, raising my pulse. My palms are wet, my vision silvered. I didn't realize how much value I place on other people's opinions.

As I walk, I have to stop myself from laughing, a reaction I identify as a way to prevent myself from spiralling into utter fear.

I have to cross a busy four-way stop to mail a letter. There are cars three-deep on every side – a lot of witnesses. The carrot tangles around my ankles, and I have to pull it up as I open the mailbox.

When I look up, I'm alongside one of the drivers. I can't help but glance at him. He's bug-eyed, and drives away before I let the letter slot clang shut. For a moment, I'm so mortified I can't move. "He saw me," I think. "He judged me."

But no one else has stopped to stare. No one has called out, "Miss, there's a carrot following you!" As I cross a parkette, the terror starts to dissipate. Maybe people think it's performance art. Maybe people do think I'm insane. Regardless, what I perceived to be cataclysmic is apparently not. I feel embarrassed, but I'm not evaporating, not so humiliated I can't cross a street.

This hasn't radically transformed me into a woman who doesn't care what others think. But when things scare me now, I tell myself, "I can probably do that." After all, I walked a carrot. 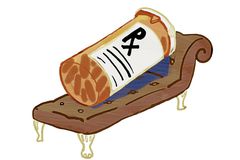 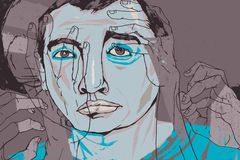