As we've quietly lit upon the 40th anniversary of the quasi-metrication of Canada, I have to admit that I am one of those rare Canadians who actually did his part to fulfill Pierre Trudeau's vision of a fully bilingual nation. I am proud to say that I can write, converse, read, think and even dream in both metric and imperial measurement systems.

The problem is that I'm not completely functional in either. I'm like some sort of reconfigured cyborg operating with half metric, half imperial software.

I am thoroughly, embarrassingly impetric. Or, if you prefer, meterial.

Linearly speaking, I'll begin in inches and feet, then saunter nonchalantly over into metres and kilometres without missing a stride.

When hiking near my home in the Canadian Rockies, I'll visualize the trail distance in kilometres but imagine the gruelling elevation gain in feet.

Want to know the distance from my home in Canmore, Alta., to Calgary? It's about 132 kilometres. And how about the height of the glorious peaks of the Three Sisters greeting me each morning? Depending on which alpine sibling you are admiring, you're gazing at roughly 9,000 feet above sea level of majestic beauty.

If someone asks me my height in metres and centimetres I'll haughtily reply, "What, are we in Europe or something?"

But if they ask me the highway distance in miles, I'll respond just as sharply, "What, did the United States annex us or something?"

Sometimes I'll even mix and match measurements in the same sentence: "Honey, I think that floor rug is way too big. It's got to be eight feet by three metres and I think the room is only two metres by six feet."

With temperature I think in Celsius, unless of course I'm whipping up my world-famous double-chocolate, triple-maple, quadruple-bypass baked Alaska, in which case I'll be setting the oven to a toasty 350 degrees Fahrenheit (which makes sense to me - it is baked Alaska, after all).

Now when it comes to air pressure, well, to be honest I try never to think about air pressure. (I had a bad experience involving air pressure and a clown as a child.)

And finally, how do I fare weight-wise? Just call me weight-stupid. I go from eating grams of French fries to pounds of cheeseburgers with nary a concern for my figure. When asked my weight in kilograms, I toss out a number more befitting an out-of-shape moose than my perfectly proportioned physique.

It's as though I stopped evolving around 1975. Both fashion-wise and measurement-wise, I got caught in some sort of ethereal no man's land where I don't completely understand either system. I'm like a man without a nation, or at least without a nation he can accurately measure. I am measurably challenged in an immeasurable sort of way. (Or is it immeasurably challenged in a measurable sort of way?)

In fact, if I ever ended up on a game show where you had to guess the size of things (and what a fantastic show that would be), I would come across as a complete doofus in either metric Canada or the imperial United States.

Whom do I blame? Like any mature, responsible adult, I blame my parents for most things. But for this I lay the measuring tape of blame firmly at the feet of the ruling government (pun not only intended, but laboured over).

The system let me - and who knows how many others - down. (I can't even count them, which is just how challenged I've become with measurements.) The government sort of taught me some metric, while kind of, sort of making a half-hearted attempt at expunging the imperial system from my life.

As just one small example, my Grade 11 woodworking teacher threatened to beat us all with a two-by-four if we didn't build our furniture using metric measurements. Really? A two-by-four? Talk about your mixed messages.

The result of all this adolescent confusion: By the time I graduated from high school I was to measurement what Jean Chrétien is to both official languages.

So I've sized up only one solution (or 1.68 metric solutions) that will solve this dilemma for us measurement misfits: We must take a great leap backward. Not back to our imperialistic roots, no, we must journey back even farther in time.

We must return to the system used by the ancient Greeks, when flipping someone the daktylo would not have been considered very nice. The daktylos measurement system was based on the length of fingers and palms, so unless you had no hands it was quite straightforward.

For example, one yard equals 12 palms or 48 daktylos. Hands down, this has got to be the simplest measurement system ever invented. In fact, you'll be spending most of your time hands down measuring things. And how much fun would that be? Imagine you and your kids trying to guess how large Aunt Rosy is in daktylos!

So, fall to your knees and lend a hand, my fellow immeasurably challenged Canadians, as we unite the country under one archaic measurement system: a simpler system that will free up enough time and mental energy for all Canadians to become partly, incompletely, incoherently bilingual. Merci very much for your support. 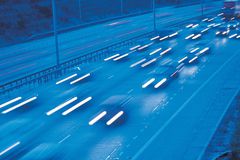 We hiked the Chilkoot Trail with our kids
January 19, 2011 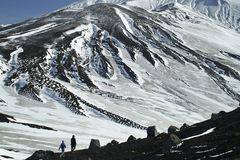