I clearly remember the day, 30 years ago, when I scattered some ashes in a farmer’s cornfield. The events leading to that occasion are complicated, involving a much-loved aunt, a dog who was expelled from obedience school and a one-time professor of theology.

Today, my Aunt Jean would be described as a hoarder, but that term was not much used in her time. For many years she lived in two houses simultaneously, one in the country and one in town, one with a dog and one with a cat. Both were filled with her treasures. In the basements, stuff was piled waist deep with narrow passages leading to places like the washing machines and the furnaces. The upstairs rooms were almost as full.

The house in the country was home to Judy, a large and very disobedient dog who ranked low on the canine scale of intelligence. She barked loudly and persistently at anyone bold enough to visit Jean. Unable to stop this behaviour, Jean took her to obedience school, where Judy was rejected as untrainable.

The house in town was home to a tomcat with the unlikely name of Tammy. That house had once belonged to my grandparents, but when they died, it passed (along with the cat) to my aunt.

Certain that Tammy and Judy would not get along, she left them in separate houses and divided her time between the two places.

Frank, the one-time professor, was Jean’s cousin once removed. He was a very scholarly man who held BA, MA and BD degrees from the University of Toronto, all obtained before the First World War.

In 1915, he was ordained as a minister in the Methodist church, and in 1918 completed a doctor of theology degree at Harvard. After finishing that degree, he taught religious studies at a church college in the United States.

At the age of 46, Frank discovered that he had become an agnostic and felt morally obliged to resign. He entered into a retirement that lasted almost half a century, spending his days studying the religions of the world. These, he claimed, were among humanity’s most beautiful creations. 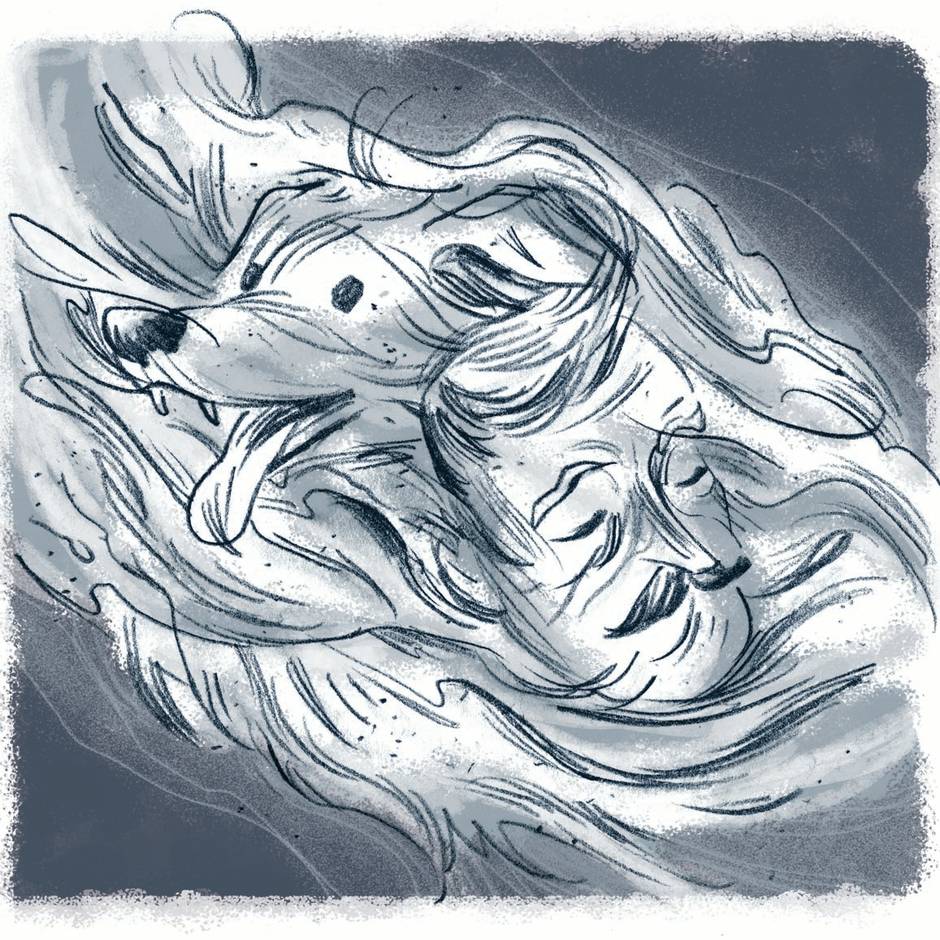 (Drew Shannon for the Globe and Mail)

When he could no longer live on his own, Frank donated his vast library to a local university and moved into a nursing home, where he was very unhappy. Aunt Jean rescued him and installed him in her house in town, where she and a hired caregiver looked after him until he died at the age of 92.

A few years after that, Jean herself died suddenly in a car accident.

She was predeceased by Judy the difficult dog, but survived by Tammy the cat. Her will left the contents of both houses to my sister and me.

Emptying the houses was a monumental task that took many months.

There were tens of thousands of items to look at and each required a decision.

A few items we kept, some we gave away, some we sold in a country auction sale and many went into large dumpsters that we rented. At first, things went slowly. With time we got quite ruthless at making these decisions.

I was working alone the day that I tackled the bedroom closet in Jean’s country house.

I was on a roll when it came to fast decisions. What to do with that fur stole that had two real fox heads with beaded glass eyes, looking like something Eleanor Roosevelt would have worn in the 1940s? Put it in the auction sale. The shoebox with the revolver inside? Take it to the police station for disposal. The military uniform that belonged to my great-uncle Herbert, who died in 1910? Donate it to his regiment.

And then came the heavy plastic bag containing ashes and a few chips of bone.

Judy the disobedient dog had died only months before and this appeared to be her cremated remains.

I could not put the much-loved pet of my much-loved aunt into the dumpster.

I went outside to look around. There was a fence at the back of the property, and beyond that was a farmer’s cornfield. That, I thought, would be a pleasant resting place for a dog who had lived a troubled life.

And that is where I scattered the ashes.

It was not until late that evening that I thought of cousin Frank. What if the ashes were his?

I knew a few things about the final arrangements Frank had made before he died. His worldly goods were to go to my aunt. He was to be cremated in his academic robes from Harvard. There was to be no formal funeral, but, despite his agnosticism, he wanted the Christian committal service (ashes to ashes, dust to dust …) to be read at the crematorium.

What had happened to his ashes? I had no idea.

Perhaps he had spent the last few years in my aunt’s closet, awaiting further action on her part. Knowing her proclivity for hanging onto things, I thought it quite possible.

So, somewhere in a cornfield at dusk, in my imagination I see a ghost emerging from the rustling corn stalks. Is it the hapless Judy barking madly and persistently at the moon?

Or is it the scholarly Frank, once an ordained minister, who now finds himself, like Saint Francis, preaching to the birds?