I'd always been passionate about driving: a hard-core, stick-shift, speed demon. But a newly familiar dread crept over me as I approached the 13-kilometre Confederation Bridge linking Prince Edward Island to New Brunswick. Driving had recently become problematic.

I'd had a fatal encounter with a deer buck in the passing lane on a busy highway a month before. I hit the already dead carcass, lost control of my careening car, narrowly avoided a head-on collision and landed inside a pile of crushed metal in a ditch. Physically, I walked away with only minor bruises and some chiropractor bills. But mentally, I was a wreck.

For weeks afterward, driving was a stressful ordeal, so I avoided it whenever I could. Therapy for my new anxiety helped somewhat. I felt okay until I got behind the wheel, when a preternatural tension would grip my body like a weird case of horizontal vertigo.

My first drive across the bridge after the accident brought on an attack of sheer terror. My heart raced; my muscles contracted. I pulled over, hyperventilating, to a symphony of horns honking. Eventually I called a friend, who suggested I try to keep moving forward. I didn't see any other lifelines, or waiting helicopters, so somehow I did it, crossing the longest bridge in the world in 37 minutes of pure hell.

It seems that since my car accident I have developed gephyrophobia, a combination of claustrophobia (fear of being in an enclosed space) and acrophobia (fear of heights). Some gephyrophobic drivers fear being in a traffic accident or losing control behind the wheel. Yup. Long bridges, or ones over waterways and gorges, can be particularly frightening. Bingo!

So there I was, weeks later, needing to get off the island and the ferries weren't running. My body said no, so I parked my car near the bridge entrance. I sat for a moment, then went inside, smiling sheepishly at some bridge employees.

"I know it sounds stupid," I said, "but I don't think I can drive across the bridge today."

A bald man in his early 60s looked over at me nonchalantly. His nametag said Stanley.

"Might someone be available to drive me across in my car?" I held my breath.

With relief, I handed him my keys.

"You'd be surprised," he said as he climbed into the driver's seat, "at how many people share your fears. We get about a dozen or so a month here.

"Once I had to wrap a man in a wool blanket, cover his head and put him face down in the back seat before I drove his car across."

"Oh," I managed, my fear cloying as I slid into the passenger side, my own head brazenly uncovered, the eternal bridge looming.

My breath thinned to a shallow lung scrape when we left land, every cell screaming that I was precariously perched on an endless concrete tube 60 metres above the Northumberland Strait. "Thousands of people around the world pay bridge drivers to get them to the other side all the time," said Stanley, who looked over at me and winked.

"Uh huh," I murmured before pumping out some grotesque exhalations, like a woman about to give birth to a walrus. Was Stanley looking for a tip?

We drove over the water. Minutes later I had an epiphany: Hey! I said to myself. I always try hard to meet every challenge and handle disappointment with as much strength as I can muster. I actively seek adventure. But whoever said I have to be fearless? Everyone has limits and I have reached mine with this bridge. I am phobic.

The dead deer, the accident, the panic attack on the first crossing are all part of my story now. I don't have to overcome all of my fears. Some of them might stick around, new members of my character-complexity family.

Fears make me the person I am still becoming, I thought. My new fear has a name. Gephyrophobia sounds intriguing.

As land approached, I eased my grip on Stanley's right arm. We rolled off the bridge, and I saw that my destiny had not been a salty face-to-face encounter with an angry crustacean.

Then we were there. New Brunswick. Stanley pulled over, returned my keys with an easy, "There you go, miss. Have a nice day," and was off.

I smiled. I was off the island. I had faced my phobia, accepted my limitations, sought and found the assistance I needed. I had crossed the bridge. But best of all, I had reaped the reward of trusting another human being with my well-being.

The long, straight drive across the bridge was a turning point in my life.

To my great relief, my gephyrophobia had revealed the beauty of my imperfect self. It's the best driving companion ever for a guarded, self-critical person like me.

And, although I'm at the juicy age of 52, Stanley had called me "miss."

Vanity trumps fear any day of the week for a phobic woman on the move.

I'm scared about my son bodychecking in hockey
October 4, 2011 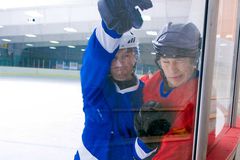 My terrifying ambulance ride with my son
October 3, 2011 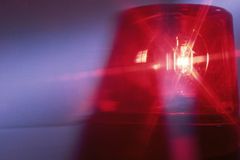