I was wandering around a thrift store one evening when I spotted a darling doll crib for sale. It was bright yellow and had duck decals on it. One of the decals was slightly crooked.

I felt a little mist begin to form in my eyes, so I put the crib in my cart.

Let me be clear. I don't have any children in my life who might use a doll's crib. When I found my husband in another aisle, I said, somewhat shrilly, "This is my crib."

He glanced at it briefly and shrugged. "Sure, if you like it."

Yet I was upset.

"No!" I protested. "You don't understand. This is actually my doll crib! I built this with my dad when I was a little girl."

Nearly 25 years after leaving home, I still felt somewhat traumatized that my doll crib had ended up at the local thrift store.

You see, unlike those who sensibly purge closets and attics, I am a sentimental keeper of things.

The doll crib conjured up memories of sawdust, of time spent with my dad and of the same bright yellow paint that adorned our piano at home, but even so I managed to harness some small scraps of sense and forbid myself to buy it.

But don't peg me as a reformed collector just yet. I have even more difficulty letting go when it comes to people.

I have stayed in touch with my first boyfriend, as well as his strange and estranged mother.

I attended the christening of my school exchange partner's daughter, in Germany, 22 years after we first met in Grade 11.

My teen years pre-dated the Internet and, living in a variety of places as I did, I grew attached to the nostalgic tradition of pen pals. It probably won't surprise you to hear that I have a slightly unwieldy but satisfying Christmas card list.

But despite my tendency to hang on to memorialized objects, letters full of teenage angst, and people, I have tried hard to understand the ebb and flow of friendships.

I know that there are times when friends drift apart for a while – or even forever – and that your lives take different paths. Yet, I compulsively hope for a happy ending. Often, friends reconnect again when it makes sense.

My friend Julie and I had a long period in our friendship where we saw each other daily. I would eat brown rice in her kitchen while we shared our secrets. I coveted her red hair and her ability to build a campfire in what seemed like a few seconds.

Later, we celebrated each other's weddings. My husband referred to her as "little Julie" because she was, especially relative to all 5-foot-9-plus of me.

We welcomed Little Julie's first son (born on my birthday). By the time he was toddling, Julie and her family had moved to Halifax. We spoke on the phone sporadically and exchanged the odd Christmas card.

She had another baby. I moved to the country. Our lives drifted apart, as they tend to do when distance and circumstances change.

Still, before her second son had been weaned, Julie did call me. She told me she had found a lump.

After her surgery, we rejoiced that they had gotten it all. We resumed our sporadic contact. I received a Christmas card with a strange name on it and realized that they had welcomed a third son. They had also moved to Edmonton.

I lost track of that envelope, so I e-mailed a few times, but didn't get a response.

I let it go, trying to embrace the natural ebb and flow of friendship.

It was painful, like leaving the duck doll crib in the store, but I knew that Julie and I would reconnect again, when it made sense.

In March, 2011, Julie's husband requested to "friend" me on Facebook. I scoured his newsfeed with something akin to panic.

I found what I feared quickly: Julie had passed away that February.

My friend (could I even call her that any more?) was suddenly gone. She was not living her busy life in Edmonton, as I had pictured.

I ached for the man who had lost his partner, and for their little boys, who were 9, 6 and 3, growing up without their mummy.

My own grief felt overwhelming, and mostly undeserved. I had not been part of Julie's recent tribe, her support system, or the last years of her joyous, painful time on Earth.

The principles of ebbing and flowing friendship seem to imply that I should forgive myself, and her, for losing touch.

Yet I feel the need to whisper a refrain: "I'm so sorry, Julie, for counting on more chances."

On Feb. 15, 2013, I donated my hair in memory of Julie McKeon Greenaway to make wigs for cancer patients.

It was barely a gesture. But it was a small way of showing that I loved her and will never forget her. And that I look forward to us reconnecting again – when it makes sense.

Facts & Arguments
Roger the Taurus and other tales from the bookshop
March 19, 2013 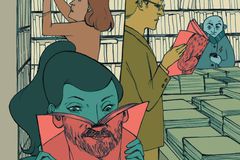 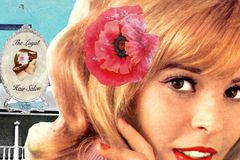