I've never had a knack for relaxing. A lifelong advocate of advance planning, I'm the kind of person who makes to-do lists even when I don't actually have anything to do. (Afternoon nap - check.)

So when I announced that I was moving to Grenada, a tiny tri-island nation in the West Indies, those familiar with Caribbean culture warned me to prepare for a different pace of life. Knowing that I'm an avid cyclist, one person compared the move to trading in a slick road bike for a 10-speed with a flat tire and two passengers.

In spite of such warnings, I looked forward to trying life in the slow lane. Two years in a demanding graduate program in community planning - yes, I am a planner by profession too - had exhausted my mental and physical resources, leaving me tired and worn out at the ripe old age of 27. I needed either a change of pace or early retirement, and the fact that I hadn't yet had a career to retire from ruled out the latter.

Having just returned from a six-month work contract in Grenada, I am happy to report that my expectation of a more peaceful existence has been fully satisfied. I jokingly describe Grenada as not the land that time forgot, but the land that forgot time.

Have a dentist appointment at 10:30 a.m.? Better take your lunch. Whether it's the tropical climate or the hilly terrain, just about everything moves slower there. The one exception is the drivers: Something about getting behind a wheel awakens Grenadians' inner speed demon.

Despite my occasional annoyance with people living in their own private time zone, I adjusted well. It's hard to stay mad when everyone else is so chilled out. Besides, the presence of one uptight Canadian was unlikely to set off a nationwide epidemic of punctuality.

I recently read a study claiming that people in northern climates focus more on the future, while those in tropical nations tend to be present-oriented. One could idealize this as a Buddha-like commitment to living in the moment or chalk it up to the absence of distinct seasons to mark the passage of time. Personally, I suspect that these findings hinge on a certain laxity in the use of the present tense.

Although Grenada is an English-speaking country, I learned a few new terms while living there. The first and most important of these is liming. I've asked many people to describe exactly what liming is and I always get a different response. As far as I can tell, the best approximate definition of liming is the art of doing nothing.

It can be used as a verb ("I was liming with Jones last night") or a noun ("We had a lime on the beach"). Beyond that, there is no consensus.

One acquaintance insisted that liming is not "hanging out" in the North American sense since hanging out is usually planned, whereas limes happen spontaneously. Another person thought that limes could be planned and gave the example of the drink he and I intended to have but kept putting off (the fictitious lime, you might say). A third described liming as a Zen-like state in which you are not even thinking about how you are doing nothing.

While one usually limes with friends, you can also lime alone. The only rule is that you have to be relaxed, and you can't put a time limit on it.

Caribbean limes are typically stationary events. Stroll down any street in Grenada around noon and you'll find people liming in the shade, often with a cold beverage in hand. No matter where you are, I promise you that these people are all thinking one thing: Why is that crazy tourist walking around in the hot sun? Grenadians, you see, have strong survival instincts and reserve walking for the wee hours or the early dusk.

Most tourists, it seems, lack this basic genetic programming. My own propensity for lunchtime strolls became a running joke (a walking joke?) among my colleagues. I consider the transition from cyclist to pedestrian a step in the right direction, however, as walking greatly increases the odds of running into friends and having a lime. Running into people on my bike has never led to such pleasant outcomes.

After months of observation and experimentation, I finally figured out why liming is so important to the good life. It's not actually about doing nothing. It's about spending time with people for the sake of being with them, and not because you're going rock climbing or shopping or camping.

Grenadian limes often involve cooking and eating together. A classic Sunday lime is a cookout on the beach lasting from midday to long after the sun has gone down. It's no accident that the national dish, oil down, a thick stew of salted fish or meat, breadfruit, dumplings, callaloo and root vegetables, takes many hands and several hours to prepare.

Liming has taught me about relationships - specifically, why I've struggled in the past few years to maintain them. I planned so much and kept so busy that I never stuck around long enough to let things develop. Grenadians know that friendships are like oil down - they require an indefinite amount of time.

After all, who's rushing? No one. Well, not unless they're driving a car.

Facts & Arguments
Living in the Arctic has taught me about community
March 28, 2011 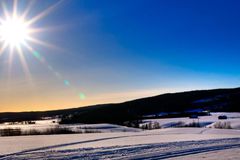 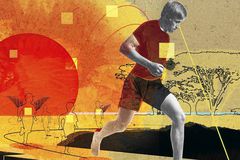