My mom and dad come from Victoria to house-sit for us in North Vancouver while we're away. Nice to know that burglary is unlikely, plants will be watered and much more.

Once, we came home to a newly installed French door. Another time to a Tiffany lamp. Then there was the time we came home to a long ridge of buckled floor tiles - they had lurched off the concrete foundation, forming a carapaced tent.

Twice we've come home to new hot water heaters, the previous ones, still under warranty, having exploded in our absence. I wouldn't say my parents are jinxes, but what will we come home to this time?

Elsewhere, a friend of mine has been asked to house-sit. Rather, people for whom she and her husband have frequently house-sat asked, "Would you like to stay again at our place while we're away?" Wounded, my friend is fraught. Isn't she the one doing them the favour? I say she's making too much of semantics.

I'd like to have the security of house-sitting without the house-sitters. To come back to floors as gleaming as I've left them. One friend marvels at how house-sitters tend to move things. I recall another friend's story about having to replace a baking pan she'd destroyed when house-sitting because of using the wrong knife.

Before our trip, I talk to my massage therapist. He laughs when I describe my cleaning frenzy, scrubbing the microwave and the fridge's crisper drawers. In the past, Mom has joked that she's made a meal on what she collected from the walls of the microwave. It's not that I'm slovenly; most friends would call me an immaculate housekeeper. But what is behind closed doors holds no interest to me.

Scott, my husband, occasionally cleans out my sock drawer. He's horrified when I fold laundry, mismatching socks more often than I pair them correctly. If black goes to black and white to white, isn't that enough?

This trip, we come home to new welcoming doormats and a jumbo watering can to replace the old leaker. It has east-west and north-south handles, all the better to lift with. Dad has fitted the

patio's broken wrought-iron bench with wooden slats. Only later do I realize he's salvaged them from our neighbour's pile of eroding fencing. Eco-conscious and ingenious.

As suggested, the doorknob has been tightened and works well. Inside is a handy press-on light under a counter above the phone.

Such illumination allows me to see Mom's notes next to two jars of instant coffee, apparently mouldy and undrinkable. I haven't had instant coffee in years. It has a best-before date? Who - other than my mother - knew? She didn't just pitch the disreputable jars though. They are aids for my cringing edification.

On the kitchen table is our fridge manual with the sections on overcrowding underlined. I'd asked if Dad could check on the temperature controls. "Maximum 2/3rds full!!" reads Mom's script. Exclamation marks are everywhere.

On the freezer drawer, affixed by several magnets, is a three-page diatribe. On excavation, she has discovered a steak from 2005 and one from 2004. These, I see, are still in the freezer, though the labels for the two packages of previously frozen scallops are all that remain, affixed to the lesson. I get more information than I want about what "previously frozen" means.

It's hard, at 50, being given housekeeping lessons from my mother. At the same time, it's a wonder that I've come as far as I have. My basement bedroom through university was a scene of squalor. I hauled out the vacuum cleaner once a month and only when coerced. When asked to pick strawberries from the backyard, I came back inside requesting more identifiers for the elusive strawberry tree.

Dad has purchased a leaf blower for us and taken it through its inaugural paces. You could eat off the patios and driveway. But not previously frozen scallops or mid-decade beef.

A grumpy bear, Scott finds they have eaten all of his wheat-free granola bars and cereal. He notes the Goldilocks twins have left little toilet paper. I can laugh at this. What ingratitude! We are spoiled brats. The tiles are unhumped. Last summer's water heater is going strong. No jinxes.

The sofa pillows have been plumped differently, the napkins are at the top of the placemats rather than at their sides, books and magazines have been rearranged. The toaster oven looks brand new, both coffee and espresso carafes made sparkling by vinegar, and the glass of the fireplace insert is crystal clear. Reflective.

It is good to be safe home.

Two days later, I open a kitchen drawer and find its normally dishevelled dishcloths and towels arranged as if on a grid. I can see things! I can find things! I notice, as I haven't before, that most of the dishcloths have been knitted over the years by my mother. They are folded in quarters, sitting upright, a straight rainbow of colour. 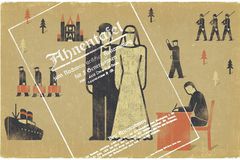