My sister Lisa was smart, funny, wise, loving and talented. She was a beloved daughter and sister, an adoring mother, a gifted musician, dancer and singer, a journalism graduate, trained woodworker, child-care worker, animal lover, fashionista and a beautiful, sensual woman.

She was also a bottle picker, a panhandler, an alcoholic and a drug user – a sad, pale, dull-eyed, unkempt, overweight woman dressed in layers of dark dirty garments and ratty old sneakers, indistinguishable from the scores of other street people whom most of us pass by every day with an awkward glance, or no glance at all.

What lay beneath these two equally real parts of my sister was a dark labyrinth of mental health problems including anxiety, depression and addiction – to booze, to drugs and to rage.

She was a challenging sister. The baby of the family, she shifted somehow from cherished darling to resentful child, rebellious teenager and unfulfilled adult. Try as we might, her family could not ensure her safe passage through the crowd of her demons.

The last conversation I had with Lisa took place outside her favourite sushi restaurant in Vancouver. I sat beside the spot where she was leaning against a tree, panhandling for beer money. She was in good spirits, surprised and delighted to see me on her turf.

When I first caught sight of her, I noticed she was not sitting under the ragged blue sleeping bag she usually carried, but under the duvet I had brought her a couple of weeks earlier, complete with clean checkered cover. "Well," I thought, smiling to myself, "at least she's panhandling wrapped in a little bit of home."

We had an easy, animated conversation. We talked about her health, which wasn't good, and what she was going to do about it, and how I might be able to help by going with her to her doctor.

We talked about her 15-year-old son and how I needed to tell him about her panhandling because one of his friends had seen her. It was one of the few details he didn't already know about her life, and one we had decided until then to spare him. She was sad about having to tell him, but understood the necessity. She told me to tell him she loved him.

We talked about a social housing option that might be coming up and about how much better her new Single Room Occupancy hotel was than the god-awful one she had been in before, how much she loved waking up to the light coming in her window, how she could see the mountains from her room and how she was making friends there.

She seemed to have more peace within her than I'd seen for years, despite her dramatic downward slide over the past year.

When I left, I put $5 in her hat. She laughed – a real laugh – and said, "You don't have to do that! You're my sister!" And I said, "I know I don't. But I just happen to have this $5 bill burning a hole in my pocket. … It doesn't mean that you have to go to the pub this afternoon – you can always spend it on beer tomorrow!"

We both laughed again. I left her sitting there under her duvet, still smiling, and told her I'd see her soon.

And I did, about a week later. She was in a coma in St. Paul's Hospital emergency department. She'd been having lunch at her local pub on East Hastings when she choked and went into cardiac arrest. They found both alcohol and cocaine in her blood.

She was in a coma for nine days. She had been without oxygen for more than five minutes before the paramedics arrived. Perhaps the people who were with her didn't know what to do. Or maybe they thought she was just falling-down drunk. But whatever happened in the pub, massive brain damage was the result.

The finality of the loss felt like it was going to crush me. Until the second CT scan, we were still saying things like, "Maybe this is the rock bottom that we've been waiting for her to hit so she can start resurfacing." It turns out this was rock bottom. But not everyone survives when they hit it.

When we were ready, they removed the life support. Lisa died encircled by those who loved her.

For now, Lisa is the lump in my throat, the ache in my chest. I see her in every bottle picker going through recycling boxes, in every panhandler whose life I know nothing about, in every ill-clothed woman of indeterminate age whose mottled face and unfocused eyes hold stories that break my heart.

Lisa would have stopped to talk to each of them. She might have crossed a few interpersonal boundaries to do so, asked a prying question or shared some intimate story about her own life.

But Lisa taught me lessons I needed to learn with her openness, her naiveté, her vulnerability, her acceptance of others and her abiding belief that every human life is valuable. I'll probably never learn to be as acutely sensitive to others' pain and suffering as she would have had me be.

As long as I live I will probably hear her voice in my head urging me to try to understand, to accept and to appreciate the gifts that every person has to offer. 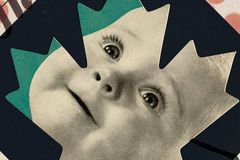 Facts & Arguments
My husband killed himself after we split
November 15, 2012 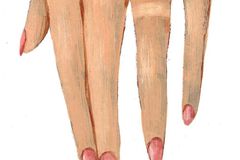