As a newly graduated doctor starting a residency in psychiatry, I decided to go to Montreal, naively thinking it would be interesting to become fluent in "the other official language."

At first things went well. I made some francophone friends, and the shopkeepers in our part of town did not switch to English. I understood my francophone patients, and they politely corrected language mistakes to help the new doctor learn.

I watched Tout le monde en parle on TV, took French classes and read L'actualité magazine, whose subscription department was so flummoxed by a common anglophone name in a doctor's handwriting that my issues arrived addressed to "Jamos Rosi."

I thought I had found my French groove. Near the end of my residency, a temporary staff position in Quebec's Kafkaesque health system appeared possible.

People warned me about the exam administered by l'Office Québécois de la langue français. Doctors must pass it within four years to keep their licence in Quebec. Many of my "Rest of Canada" colleagues had failed it several times. Anglophones from Quebec, some of whom do not speak French well, are not subjected to the exam.

I hoped that my dedication to learning French day-to-day would pay off. Being very busy with the transition from residency to practice, I put off taking the exam.

My training complete, I received a permis temporaire to practise psychiatry. Across the bottom was typed TEMPORAIRE in bold capitals. (Doctors suspended for drug abuse or having sex with patients are not afforded similar humiliation.) Needless to say, it did not get framed and put on my office wall.

I went to my first French-language exam without any formal preparation, thinking I would see what I needed to work on. Arriving at the OQLF building, an imposing heritage structure armed with security cameras and a high-security entrance, I was greeted at the door by a man with the most incomprehensible regional accent I had ever heard. I figured he was placed there to undermine the confidence of the steeliest anglo professionals.

A woman with an equally muddy accent checked me in, and I took a seat to wait for my interrogateur to arrive. As I sat with other gallows-faced men and women in suits, I noticed that the columns in the dimly lit lobby were encased in reinforced glass, perhaps to stop doctors, lawyers, architects and other professionals from defacing them. On the walls, OQLF posters proclaimed the importance of using a francophone keyboard and speaking French in public places.

Finally, someone arrived to guide us to the exam room, where we all wrote disarmingly simple (Grade 6-level) tests of French comprehension. I aced that part.

Then came written expression. I was instructed to answer a very confusing question: How would I justify to office staff the need for a new technology to which they were resistant?

Without context and a clear reason why these generic employees should adopt some amorphous form of technology, writing an answer would be confusing in any language. I came up with a weak rationale in the best français I could muster.

Afterward, I was guided to a small room where a seemingly pleasant man asked me to explain in French what I did in my job. He stared at me while I spoke nervously. I learned later that 5 per cent is deducted for every grammatical error.

When I called in to discuss my marks (20 per cent on written expression and 40 per cent on oral expression, though I did pass the comprehension), the examiner explained that while there were clearly no problems in my ability to communicate, I had made grammatical errors in the gender agreement of adjectives and nouns and used far too many "anglicisms" – words that are used by francophones but considered too English to be acceptable in civilized speech. (I admit I tend to gloss over which genitalia a table or chair has, but people seem nonetheless to understand me.) I had also made other, more grave errors, indicating that my French was not yet parfait.

Over the next two years, I took more French classes and sat the exam again, unsuccessfully. I considered seeing one of the "tutors" I had heard about, many of them former OQLF examiners. They charge about $150 an hour to translate answers to the 30 questions that recur on the exam. The examinee is supposed to memorize the answers.

It deepened my sense of anomie to learn, after two failed exams, that one loses marks on the written portion if the format, exactly 10 lines for the explanation of a problem and 20 for a solution, is not followed. This information was not available on the exam or in the public sphere.

Mastering French grammar on top of a full caseload and clinical teaching proved beyond me.

It ate away at me when people who had spoken French from birth, or were not at the mercy of the OQLF to keep their jobs, made remarks about my limited language ability even though I treated many psychiatric patients in French.

I found a job opportunity in Ontario, where I could get a licence free of shame, and funding to improve my qualifications as a medical teacher rather than a French grammar ace.

I miss the culture of Montreal, but la/le scrutinization de l'OQLF ne me manquera pas.

My kids are bilingual. I struggle with French
October 4, 2010 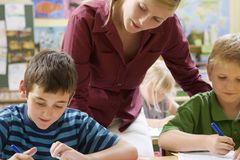 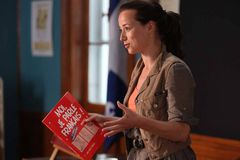