If the smiling supermodel said that 60 was the new 40, who was I to argue?

There she posed, on my Facebook feed, endorsing a targeted ad for face cream. Sixty years old, beautiful and wrinkle-free, she used the word “science” several times, so I knew there must be empirical evidence for her wrinkle reducer.

I threw common sense to the wind and set the vanity tigress free. I took the plunge with Visa card in tow.

The fine print is so fine that no myopic 60-year-old would ever be able to home in on the fact you have only two weeks to cancel your order. Of course, the product isn’t sent for two weeks.

I was about to turn 60, just like the supermodel, though without the multimillion-dollar net worth. Smugly, I thought I had everything figured out: a condo with a view, retirement with a pension and exotic travel plans. I was my own version of super, without the model.

But then, two weeks before my 60th birthday, I was – according to my daughter’s translation – “ghosted.”

I had no idea this phenomenon existed before. Call me old-fashioned, but “ghosted” was not in my Webster’s dictionary. I found it in the Urban Dictionary: “To disappear into the shadows … to simply slide away unnoticed.”

I’d just spent a month with my man in Hawaii, golfing and gulping Mai Tais. We’d then returned to reality for a few days – the dishes. A fight over household chores was followed by harsh words, a temper tantrum, slamming doors. He stormed out.

But this time, he never returned. Not that day. Not that night, nor the next. I had no idea where he was. He wouldn’t answer my calls or texts. In desperation, I tracked him with the Find My Friends app for days until he figured it out and deleted me. 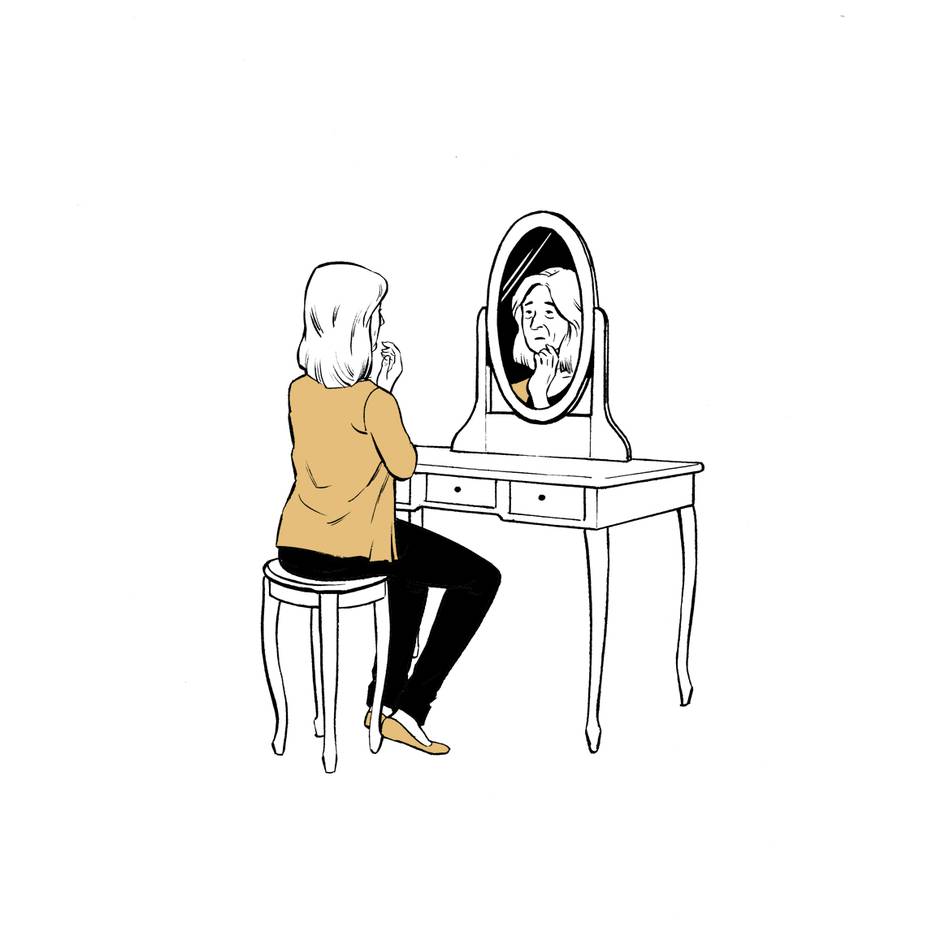 And then, finally, the text message: “Done like dinner. Sell the condo.” No explanation, no conversation. After 23 years together, he was gone, vanished, except for an occasional additional blunt text: “When are you selling?”; “Have you got a realtor yet?”

No, dear, but I did wake up with a brand new, fabulous wrinkle on top of my lip. Thanks for asking.

The condo became my refuge. I took immediate ownership of the TV remote and became a serial addict. The invitations for dinner parties stopped. Apparently, only couples made the guest lists and my Kate Spade purse wasn’t considered a worthy companion. Where did everybody go?

Self-help books became my Saturday-night dates. I began to pay more attention to my Facebook feed, and that’s where I found the face-cream ad. It was a pivotal moment.

I mentioned to my friend that I was getting an amazing wrinkle cream.

Immediately, I phoned the customer-service number on the ad. I got through to a person who sounded as though he was in a distant country, maybe Swaziland. He reassured me in a thick accent that my Visa transaction would be cancelled. It wasn’t.

I wrote an e-mail to the contact listed in the ad and received an e-mail back: “Mailbox quota exceeded.”

I phoned Visa and confessed my stupidity. The lovely girl on the phone felt my pain without me having to say a word. No judgment. She assured me she fielded several hundreds of these calls a day, and most people were not as fortunate as me – they take even longer to catch on.

Fortunate? Me? Maybe the Visa lady knew someone I could date.

I wonder if the supermodel has had to resort to online dating like me? This is big business, the online world of lonely elders. My god-daughter, an expert dater, helped me set up a profile: “I eat carbs and gluten. I can namaste away, but I can also rock a mink coat.”

Rock a mink coat? I don’t actually speak that way. But apparently this is “cute.” I am not really into cute; I’m way too busy nursing the root canal in my heart.

Imagine my shock when one of my first matches was Guppy – who just happened to be my ex. Apparently, we were a perfect pairing.

Guppy was looking for someone funny, someone with a personality similar to mine.

Guppy had been online dating two weeks after disappearing from my life. He had moved on before I even realized he had moved out.

So now, when I look in the mirror, I see aging and eye bags. I have become one of those women who want to recapture their youth – or at the very least be given back my 23 lost years. I want to purchase the newest bio-clock, wrinkle-reducing, skin-regenerative, facelifting product that is on the market.

I want to be sold hope, because mine has gone missing.