I recently spent time in the lingerie department of a major department store doing something I hate – shopping for bras. I always feel woefully inadequate poking around, alongside the inevitable pack of giggling preteens, for the A cups among the womanly B, C and D cups.

In the reverse Darwinian world that is women's fashion, where petite reigns at the top of the food chain, the bra section of ladies' lingerie is an anomaly. Here, big is best, ample enviable. Small? Piffle, small is for losers.

I did notice, though, that I'm not the only one being made to feel cleavage-challenged these days. Manufacturers seem to be pushing décolletage the way they used to push comfort. The message now: If big is good, bigger is better. And nearly every label, whether an A or C cup, boldly promised to increase bust size by a full cup, engineering our breasts into the optimum shape and size with a combination of wire, foam and liquid.

According to the manufacturers' claims, these frilly feats of engineering are not supposed to hurt. But I had my doubts, so I decided to test them for myself.

Lining up for the change rooms with my little pile of cleavage enhancers, I ended up behind a woman who instantly made me feel like a stick insect. She was an hourglass in tight sweater and pants. Her stash: a half dozen respectable C cups.

I turned my A-cup labels face down and cursed the clerk sauntering over from the distant cosmetics department. She arrived, appropriately, in a cloud of Eternity, jangling keys like a jailer and chewing gum. She held up each of my items and counted them, the labels hanging down conspicuously as she discussed last night's date with her over-powdered colleague. She may as well have yelled my bra size with a bullhorn.

Once safely inside the changing room, I grabbed the first test model, complete with two inches of foam. It was one of the many "click" bras I'd seen, featuring three settings according to the desired cleavage of the wearer. Even on the tightest setting, which made me feel as though I was in a vice, the click bra was a disappointment. Girded in so much padding, I belonged on the cover of a boating magazine: "This week's feature, the facts on flotation devices." Off it came.

Up next, a liquid-lift model that promised "curves that just might cause some waves." Cute. But I couldn't help wondering what would happen if temperatures plunged along with my neckline. Would my cleavage become too breathtaking? It didn't matter: What I gained in bounce, I lost in oxygen. I simply could not breathe. Discard.

Ah, the Air-Lift Bra. Heavy machinery came to mind. I left the "removable air-filled inserts" in for maximum results. And yes, I did gain a little cleavage, but again, at the expense of my poor rib cage.

Amazingly, that annoying, insecure part of me that buys the anti-wrinkle and cellulite-smoothing creams was tempted to try on more of these dainty constrictors in the hopes of finding one that fulfilled its promise without cutting off my air supply. I was willing to pay the $40 price tag. But the thought of standing in line again put an end to my search. I put my old bra back on and went home empty-handed.

The sorry episode reminded me of an article I read some years ago in Cosmo magazine. It urged busty women to go ahead and wear those comfortable high-waisted underwear like Grandma because they were sexy enough to carry them off. (I did wonder why I'd never seen any of their well-endowed cover models in a pair of ladies' large, all-cottons.) Not so for smaller-breasted women, the article went on. We were advised to wear as little as possible beneath the waist to make up for what we lacked above it.

I was appalled. And rushed straight out to stock up on underwear I could fit in my wallet. Sweating it out on sticky bus seats in my red bikinis with the scratchy sequins or the black see-throughs with the itchy fishing-wire thread, I asked myself why I was willing to trade comfort for a version of sexy sold to me by a bunch of grey suits on Madison Avenue – no doubt in comfy underwear. Whatever happened to burning our bras and liberating our bodies, I pondered, studying the VPLs of the other female passengers.

Here I am a decade later asking the same question.

Constricting and unnatural as they are, push-up bras have found a willing market. Normally pared-down, buy-organic women are snapping up foam and underwire and liquid at $40 a pop as fast as they can fill up their underwear drawers.

I blame Madonna. During the nineties, she repopularized lingerie in its most engineered form. (Remember the black satin road cones she wore during her 1996 tour?) Brash, self-made and wealthy, she said comfort be damned – look great, and feel the power.

Pamela Anderson also deserves some credit. Her disproportionate D-cup implants raised the bar on breast size and changed our notion of average. The C cup is the default now; anything less is a shameful deviation that needs fixing.

Which brings me to my own red-faced confession. Even after my dismal test runs at the department store, I went back and forked over $36.99 for a handful of wire, elastic and foam that would cost less than $10 at the hardware store, not to mention learning how to breathe with a vice around my chest.

But here's the thing: I look better in a low-cut T-shirt.

And according to the Cosmo equation, I can trade in my bikinis for a comfy pair of briefs. 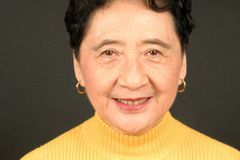 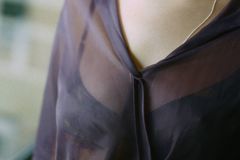