I recently gave Stephen Hawking a boomerang. It was an odd gift to give the world's most famous scientist, but Stephen immediately understood its significance.

When I gave it to him, he flashed me the same wise, slightly mischievous grin that I had sought – and was occasionally rewarded with – when I was a rather intimidated young doctoral candidate under his supervision at Cambridge nearly 30 years ago.

What I discovered about Stephen back then, and what I still admire now, is that his intellect and stamina are rivalled only by his irrepressible sense of humour.

Hence the boomerang. It was an inside joke nearly three decades in the making. To understand its punchline, we must boomerang ourselves back to 1983.

In the late fall of that year, I nearly dropped out of my physics studies at Cambridge, fully convinced I was going to flunk my freshman year anyway. But after my father summarized my prospects as a dropout – flipping burgers back home in Quebec, as he put it – I decided to give my studies one last shot.

It was gruelling. I studied around the clock, depriving myself of any semblance of a social life. Apart from my once-weekly bicycle ride around Cambridge, I was practically an invisible man.

But someone, it turned out, had noticed me. The day our final exam scores were revealed – in a Draconian ritual during which all students' test scores were read aloud in a courtyard for all to hear – a classmate approached me. "Professor Hawking would like to see you," he said.

My stomach flip-flopped. "Prof. Hawking," I thought, "wants to see me?" This was a terrifying development.

The world at large had not yet learned of Stephen's genius, but we Cambridge students were certainly aware of it, and unanimously in awe of it. As I slowly descended the stone staircase toward his office, I was certain he'd be able to hear my knees nervously knocking together.

Stephen, it seems, had got wind that my exam scores were at the top of the class, and he wanted to see if I'd make a good doctoral candidate to take under his wing.

I don't remember much about the conversation that ensued, but what I do recall is that Stephen gave me a list of books and papers to read over the summer and said he'd see me in the fall.

You bet I read those books and papers, and thus began my year with Stephen – a year that forever changed who I am as a scientist, and as a person.

He put me straight to work that fall. He had recently hypothesized that, in a contracting universe, time would go in reverse. My job was to mathematically prove it.

I dove right into the assignment, but there was a hitch: The math just didn't add up. No matter which way I sliced the problem, time continued its eternal forward march, even when the universe itself made an about-face.

Imagine my trepidation at the prospect of telling Prof. Hawking – the Stephen Hawking – he was wrong.

And he wasn't easily convinced. Countless afternoons were spent with me at the blackboard and him insisting I must have oversimplified something, or failed to consider some other thing.

That was around the same time that Stephen's health went into serious decline. It was heart-wrenching to see a man of such energy betrayed by his own body. As his students helped him accomplish the kind of everyday tasks most of us take for granted, we forged a bond that ran far deeper than any teacher-student relationship.

Stephen wasn't about to let his illness interfere with his academic life, and our blackboard sessions quickly resumed. After months of debate, and with the assistance of postdoctoral fellow Don Page, I convinced Stephen that, contracting universe or not, time soldiers ahead, forever clockwise. Little did I know this cosmological tidbit would find its way into A Brief History of Time, the book that made Stephen a scientific superstar.

When I left Cambridge a few years later, Stephen personalized my copy of the book with a printed note inside the front cover. It reads: "To Raymond, who showed me that the arrow of time is not a boomerang. Thank you for all your help. Stephen."

I still smile when I look at that dedication. It so nicely captures the quick wit and warmth Stephen always exuded, even after ALS robbed him of his mobility and his voice.

I learned a lot about the universe from Stephen, but I believe I learned even more about spirit. He taught me as much about courage and humility as he did about black holes and quantum mechanics. It's a debt I fear I'll never be able to repay.

But make him chuckle – that I could do.

In 2010, Stephen spent a summer in Waterloo, Ont., home of the University of Waterloo's Institute for Quantum Computing, of which I am executive director.

I invited him to drop by the institute, an invitation he happily accepted. He spent the day visiting labs, meeting researchers and, I think, learning some new things about quantum information science. His scientific curiosity remains voracious and insatiable.

The grad students who met him in Waterloo that day were as awestruck and inspired as I was in my Cambridge days.

At the end of his visit, I gave him the boomerang, a nice wooden one with smooth curves and a gleaming varnish.

Yes, the boomerang was a silly inside joke, but it was more than that. It was a way of saying that, although time is indeed an arrow, it has a way of bringing our lives – and the people most important to us – full circle.

Raymond Laflamme lives in Waterloo. On the weekend he travelled to England for Sunday's celebration of Stephen Hawking's 70th birthday. 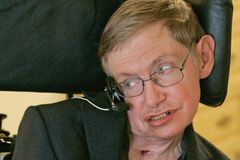 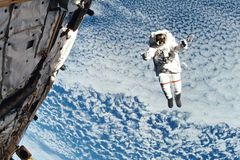