Leonard Cohen wrote, famously, "There is a crack, a crack in everything/That's how the light gets in." To this I would add water, insects and rodents.

They get in, seasonally, through the non-metaphorical cracks in my family's old house. In the springtime, a small creek burbles in the basement. Summer belongs to the ants, and the strategic placement of toxic traps that never fail to fail. And winter is when the mice move in, searching for warm spots in which to chew and multiply.

This is our third old place, built in 1901 or 1902.We always favour charming, drafty houses over practical homes in "move-in condition." We can't seem to get enough of lead paint and dry rot - perhaps all the lead exposure over the years has affected our judgment.

Show me a century home and I'll show you a 100-year-old pile of bat guano in the attic. A crumbling cistern lined with fetid mud. Fifth-generation cluster flies sleeping in walls, waiting for sunshine to swarm the windows. They buzz and bounce off the glass, looking for a way out. I can relate.

Our kitchen renovation began in July. We boxed up the cookware, sledge-hammered the plaster-and-horsehair walls ourselves, then turned the job over to professionals. The project involved removing a load-bearing wall and punching new windows into the brick, so we knew there would be an element of unpredictability. We were reno veterans, fully expecting to be coaxed/bullied into spending more time and money than estimated. But not so much time and money.

Drywall, electrical and plumbing: the most expensive is plumbing. Bright new pipes had to be tied into rotted old pipes. The kitchen job expanded to the bathroom directly above. Weeks passed in the search for a leak that everyone knew was there but no one could find. If it wasn't fixed, water would eventually seep through the ceiling, raining into the brand-new kitchen. Replace all the plumbing? Sure. That left a metre-wide hole in the office wall. Three rooms torn up. Boxes lining every hallway. Visitors would ask, "So when did you move in?" We'd answer, "Nine years ago. Don't trip over the boxes."

Back in the kitchen, one of the professionals had trouble measuring: An upper cabinet had to be scrapped, others re-cut and re-hung. A countertop chosen for its seamless appearance arrived with a visible fault line. And some idiot (me) picked the wrong wall colour - glistening lime popsicle - so the painting had to be redone.

Pushing through this quagmire of details and inconvenience caused anxiety. The perfect kitchen was within reach, only we were blowing it. Designers and magazines flogged their layouts and brands, selling us the space we deserved. It was easy to become caught in a worldview of entitlement and materialism, instead of simply being grateful for shelter. It was easy to pretend that choosing the single right tile from thousands on display was an important decision. We should have realized that everything breaks, especially imperfect homes inhabited by ordinary humans. Deterioration is inevitable. The cracks were widening without our noticing, even as we were slapping up spackle.

The first damage came from daily use, a few scratches carved into the counter by, well, no one remembered doing it. The marks just appeared. It was painful, I admit. It took effort not to screech about those scratches. I wish I had seen immediately that they form a record of family life, a life that's large and energetic, never careful.

One evening the kitchen pot lights started dripping, not because of bad plumbing, but bad operating procedures. A child who shall remain nameless took a shower with the curtain flapping outside the tub. A long steamy shower. By the time we reached the puddle upstairs, the predicted rain was falling. It was sickening inspecting the ceiling, returning to look again, and unbelievable when the lights dried out and not a single water stain could be found. But now there was a new source of tension: showers. Who worries about showering? That's what striving for perfect surfaces will do to you.

Now a creature is burrowing inside the walls, chewing its way up and down three stories. It's made holes to gain access to the interior - two ragged openings in the bathroom and one in the kitchen wall. The wall we paid extra to have sprayed with hyper-efficient foam insulation, which shreds into a soft orange fluff when chewed. The creature sounds too big to be a mouse. It's a rat or a chipmunk or maybe a squirrel, a force more destructive than children.

The kitchen is almost finished. It was close to perfect, but now there are walls to repair. Before long it will be a lived-in room, showing the wear of many mealtimes. The process of cracking and crumbling will continue. We've had the water, the rodents and some light. Come summer, I won't be surprised when the ants find their way in. 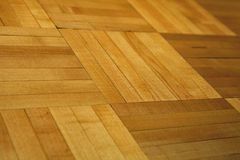 How can I update my kitchen without gutting it?
October 20, 2010 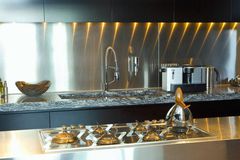