He died in 2010 after a long, cruel illness, and since then I have become used to being ambushed by grief over the pain he took with such dignity, and over the loss of intimacies – coffee in bed, cycling, singing, outings with our daughters, drinks in the garden, cooking, long dinners, reading aloud, making up limericks, saving the world …

Finally, I have faced sorting his professional papers to get rid of the boxes that keep reminding me he is gone, and the rush of these different, less personal memories floods me with a new and unexpected longing.

I miss mathematicians! They have such a good time with each other. They are like eager children swarming into the same old playgound and creating ever-new uses for the same old equipment.

Mathematicians don’t deal with plain numbers. They’re always looking for new varieties, new capacities, of numbers; new kinds of space; new dimensions; new ways of measuring; new relationships; new processes. They talk about “cogebras” and “bigebras.” Are cogebras algebras that get along with each other, and are bigebras split in two or joined together like Siamese twins?

Their delight in each other makes them name the results of their creations after the creators, so when Stefan Banach conceives a new kind of algebras, they call them Banach algebras, and then they dissolve into hilarity over distorting the possibilities. Crazy laughter erupts horsing around with Fibonacci numbers, Hilbert space, Haar measures, Fourier transforms, Heisenberg commutations, Gardner invariants and Schroedinger representations. They crack up over something about Schroedinger’s cat.

Remember Euclid and plane geometry, and then solid geometry? Well, now there is topology, and mathematicians laugh because “a topologist can’t tell the difference between a coffee cup and a doughnut.”

Each is simply a solid with a hole in it, and such essentials as ingredients and shapes, like other realities, are to mathematicians just annoyances irrelevant to truth. No wonder engineers think mathematicians are a bunch of flakes. 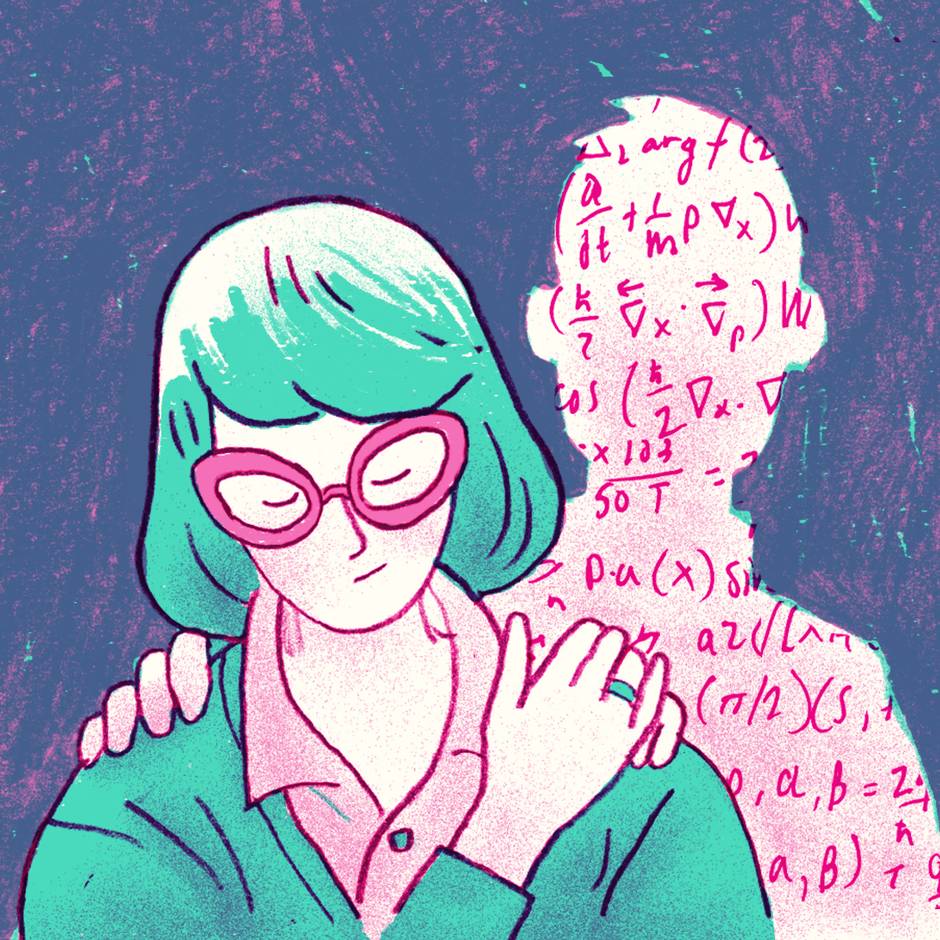 Drew Shannon for The Globe and Mail

My husband’s boxes of documents hold multiple pounds, kilograms, of pages and pages of elegantly clean and perfectly spaced Greek letters and symbols.

There are problem sets for his students, under such titles as Hikers’ Horror or On Tangent Rabbits (that one is about the near-magic of functions, and approximating which hats do and which do not hold rabbits that you can pull out and amaze people with), or The Contradictory Omniscience and Omnipotence of God.”

That last one has such sentences as: “Hence, for every quality A, God is both A and not-A, since to say that He is not not-A would be to set a limit on the unlimited.”

But all this merriment is probably a needed escape from mathematicians’ real work, which is mostly solitary and so fiercely focused that when Kadison and Halperin started talking mathematics on a walk in the woods, they got lost. And well after Dirac moved to Princeton University, he couldn’t find his house. He approached a friendly-looking little boy in a group of children and asked: “Excuse me, sonny, do you know where the Diracs live?” and the boy answered, “Sure, Daddy, right over there.”

My husband could sit with a book after a lingering family dinner, too deep in isomorphisms or locally compact groups to notice wrangling teenagers.

He would get up in the middle of the night so haunted by self-adjoint operators or n-dimensional spaces that at four in the morning he would still be in his study in a cloud of pipe smoke, Greek letters and enormous, beautifully-formed symbols.

N-dimensional spaces? Where, as they say, “n means any number”? I have trouble understanding four dimensions and they’re talking about six, 20 or 7,000 dimensions?

So what I miss are the crazy good times – the parties during international meetings, when close colleagues arrive from Japan, France the Netherlands, Halifax, Vancouver, Alabama, Philadelphia, Norway, and everyone is higher than the stratosphere exploring and ringing changes on each other’s new theorems, and they all hoot over their wives’ tales about their absent-mindedness.

I miss even more the growth of my vocabulary and curiosity about half-understood mysteries, when, after long days and nights of obsessive scribbling – digging and discarding and trying it from another angle, over and over again – after all that, someone you love emerges so radiant with some new beauty that he has to talk about it.