In honour of Facts & Arguments's 25th anniversary, we present this week the five winning essays from close to 400 submitted for our silver-jubilee contest, Moment of Truth. This is the first.

My father is on the couch, bent forward, elbows on knees, cradling a rum and Coke in both hands. His head moves just slightly in a back-and-forth wobble, like it's coming loose from his neck. One sock has worked its way almost off his foot.

He's downed four cocktails already. Only one officially, of course; the one he poured in full view in the kitchen. The other three are from his laundry-room stash. He's made three trips downstairs with a glass of Coke in hand. He tops it up from a vinegar bottle full of Bacardi he keeps on the top shelf behind the box of Ivory Snow. He hides the stuff everywhere and I can't believe he thinks we don't know.

I am 13, flat-footed and flat-chested, and most of the time I can't stand myself. The only thing I can't stand more than myself is my father and his drinking. Not that anyone knows, of course. We waste a ton of time and energy making sure it stays a family secret. Lying about him, or for him, is practically a way of life. After a while, you don't even have to think about it. And now, seeing as how he is already halfway to hammered, I decide to cancel tonight's sleepover with my best friend, Stephanie. I rage quietly; another plan destroyed.

I wonder how he can be home this early on a weekday.

The front door opens and closes – Mom's home. Way too early. Before I even realize it, a little pool of dread forms in my stomach. My mother takes about two seconds to size up the situation, and next thing I know, she is bustling Dad down the hall and into the bedroom.

Naturally, I have to find a way to listen. So I slip down the hallway to get into position. I am 92 pounds of pure stealth as I tiptoe to the basement steps. Dropping into a tight crouch on the landing, I peer over my knees at my curled-up toes. I imagine I must look like a gargoyle. Though not a very effective one, apparently, because I can't seem to keep the house free of bad stuff like this.

What I don't know yet is that there is another listener, another croucher, straining to hear my parents' conversation. Vanessa, Stephanie's older sister, has decided to cut through our yard on her way home. Hearing the hoarse fury in my mother's voice, she has hunkered down under the window so as not to miss a juicy word.

In the bedroom, Mom and Dad are having a real set-to. She unleashes the tirade she no doubt rehearsed over and over on the drive home. This is the limit, she hisses. How could he let it come to this? She warned him he could lose his job, and now he has. He can forget about a golf membership this year if he can't even hold down a job any more. What's stopping him from at least looking into Alcoholics Anonymous? And so on, on and on … nothing new here, I say to myself.

After dinner, the neighbourhood kids meet up for a game of hide-and-seek. Vanessa is there, surprisingly; she normally won't lower herself to play with Stephanie's friends. She looks pleased to see me, and yet there is something unsettling about the way she grins at me. Then, there it is. She says she knows my father is an alcoholic. That he got fired today. And that my mother is probably going to divorce him. She announces this in front of everyone and, just like that, blows my little fortress of secrets and lies wide open.

My friends have been shocked silent. I don't know yet how to deal with them, or with the tangle of tears pushing into my throat and up behind my eyes. I retreat back into the house. Before long, though, home seems like exactly the wrong place to be. I decide to clear my mind down at the lake. On my way out the door, I shoot my father a dark look of pure loathing – I hope he realizes what a giant pain in my ass he has become.

At the lake, I think long and hard. I am still mad as hell at Vanessa, but I also see that in outing our family's shame the way she did, she has freed me. I decide that 13 is as good a time as any to learn a thing or two about secrets and lies. About how giving them safe harbour in your soul can really stuff you up. The weight of secrets can go almost unnoticed until you have cast them off, making room for the truth – and I do feel a lightness, down here at the lake, that I haven't felt in such a long time.

Back at the house, I wander from room to room, poking my head into cupboards and closets. Nothing. I head to the laundry room and hoist myself onto the washing machine. Reaching up, I liberate the vinegar bottle full of rum from behind the detergent. I unscrew the cap, tip the contents into the sink and watch as it swirls around the drain. I empty the entire bottle. Every last drop.

How allowing that early sip of alcohol can influence a child’s mind and future
May 3, 2015 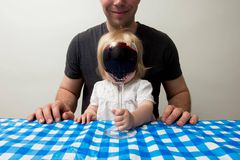 Calgary councillors approve policy to ban them from drinking at work
February 9, 2015 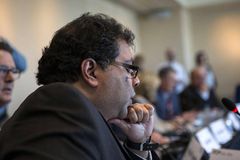 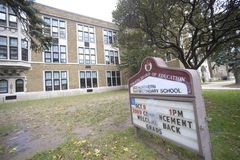