When I was called into my vice-president's office one morning this spring, I experienced a little of what the accused lovers of Anne Boleyn must have felt like as they headed into the Tower of London for their interviews with Thomas Cromwell.

And like those unfortunate chaps, I knew it was inevitable that my day would end with the axe.

Our company had been going through a massive reorganization, and positions at all levels were being redefined, eliminated or outsourced. Announcements about departing employees at my level were to be made that day, and it looked as if I was about to become the featured attraction in one of them.

I had been an analyst for a large financial institution, helping the business understand its investment results. As a result of the company's restructuring, much of my job was apparently being eliminated or moved offshore.

The routine departmental blurb issued by management thanked me for my contributions and wished me well in my future endeavours. More important to me, my VP – an executive with a rare combination of intelligence, skill and humanity – told me how very sorry she was, and I believed her.

Nearly 25 years ago I left a modestly successful career in the music business following a crisis of confidence that left me worried about providing financial stability and domestic constancy while my children were growing up. Without too much fuss, I retrained and redefined myself and took the first day job of my life, at age 37, in a bank.

I knew nothing of the business world, but I was mature and eager to please. My goal was to earn a steady salary and stay employed.

In that, I succeeded. My children have grown to be educated, responsible adults. The mortgage was paid; braces were bought; soccer games and choir concerts were attended.

Now, as if to herald the fact that this part of my mission is over, I am unemployed.

The job itself was one that I neither liked nor disliked strongly, but I willingly performed it as a means to an end. It paid well and provided good benefits.

What I hadn't realized was that some time over the decades, while I was not paying attention, my role in the workaday world had also become one of the building blocks of my identity. When the work disappeared, pieces of my personal framework began to deteriorate. It was as if, prosaic as it was, my job had grown into a breakwater that harboured my sense of worth, and kept doubt from washing over me.

I am regularly asked how I feel about all this, and I can't pinpoint any one reaction. A friend told me I should look on this period as similar to those five stages of grief that are supposed to exist, and to let each stage unfold in its time.

In fact, I have been feeling all of those emotions, though simultaneously rather than serially. To choose one emotion would be to discard the others, and I am not ready to do this. It feels as if I am swimming in a soup of denial, anger, depression … and whatever the other ones are.

So far, it's a story without an ending. Now in my early 60s, I haven't the motivation, the energy or the patience to start all over again at another financial organization. I am told by everyone that I have many talents, and can do anything I want, and that this is my chance to realize my true dreams and to redraw the borders of my life. But as yet, I have not.

"Do what makes you happy," people advise me. "Do something that brings you joy."

I am coming to realize that one of the things that made me happiest was having a purpose; that what brought me joy was having a goal on the horizon. At present there are no limits, but neither are there horizons. Everything is both possible and impossible.

I do not feel stirred to achieve personal transfiguration through yoga, or a new motorcycle or pottery lessons. If I have Great Deeds ahead of me, the details have yet to be revealed. If, as Virginia Woolf wrote, there is a submerged truth waiting to rise through my idleness, it is still hidden beneath the surface.

Actually, I'm frightened. I am a doer, a planner, an achiever, and aimlessness weighs heavily on me. I see my future opening like an unwritten book, and I can't help feeling that I have to scramble to fill the pages. The sheer blank vacuum of what lies ahead seems to be sucking the breath out of me.

As writer/artist Austin Kleon has said, nothing is more paralyzing than the prospect of limitless possibilities. The idea that you can do anything is absolutely terrifying.

In the VP's office on the morning I was terminated, as I began the long, slow-motion, Don Draper-like fall that would end on the place on the floor where the rug had been, I remember thinking: "Okay, it's happened. So what do I do now?"

The answer was, and still is: I haven't got a clue. 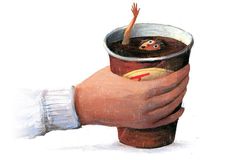 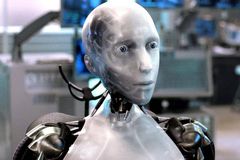