Skip to main content
Sharon Hamilton
Contributed to The Globe and Mail
Published May 18, 2016

My husband and I frequently listened to eighties music on satellite radio during long car trips. Often, though, this proved only partly satisfying: the early eighties were too early for me. I was too young then; I remembered very few of the songs.

Music from the late eighties meant more to me, but less to my husband, who had already been through graduate school by then and had begun his first professional job. So, while my husband and I both love music from the eighties, the songs we liked most fell, generally speaking, into different halves.

Last year, though, on a late-summer afternoon, as we drove back to Ottawa from our cottage on Prince Edward Island, there it was: the perfect year. For both of us. The announcers were playing the chart toppers from the 1984 Labour Day weekend, and we both knew almost every song. For me, this had been junior high; for him, university. Both of us, in different ways, associated this music with our youth.

It’s hard to believe in retrospect that such an array of astoundingly talented artists sat on the same playlist in a single year, even during a single week: Elton John’s Sad Songs (Say So Much); Bruce Springsteen’s Dancing in the Dark and Cover Me; Billy Joel’s Leave a Tender Moment Alone; Cyndi Lauper’s Time After Time; The Cars’ Drive; and Chicago’s Hard Habit to Break.

When my friends had first met my future husband 21 years earlier and I asked what they thought of him, they responded with observations like “he’s really organized” or “he seems very responsible.”

Why were they saying such boring things, I wondered. They should have said, “He’s smart!” “He’s cute!” “He’s funny!” That was certainly how I felt. I had already fallen deeply in love with this older man with his interesting life stories and noble soul (he had just returned from doing humanitarian work abroad). Their comments annoyed me. But then I figured their opinions hardly mattered. I was living in a fog of passion and didn’t really care what they said. I recognized only later that what my friends said arose out of concern.

Because they knew me.

They knew about my floor-scatter filing system. They knew about my always running for the bus. What they saw in my new boyfriend was the opposite of me. Without wanting to be unkind, they mentioned things they saw in him that they considered pretty incompatible with me. “How could I possibly be happy with such a person?” their remarks implied. “How could such a person be happy with me?” 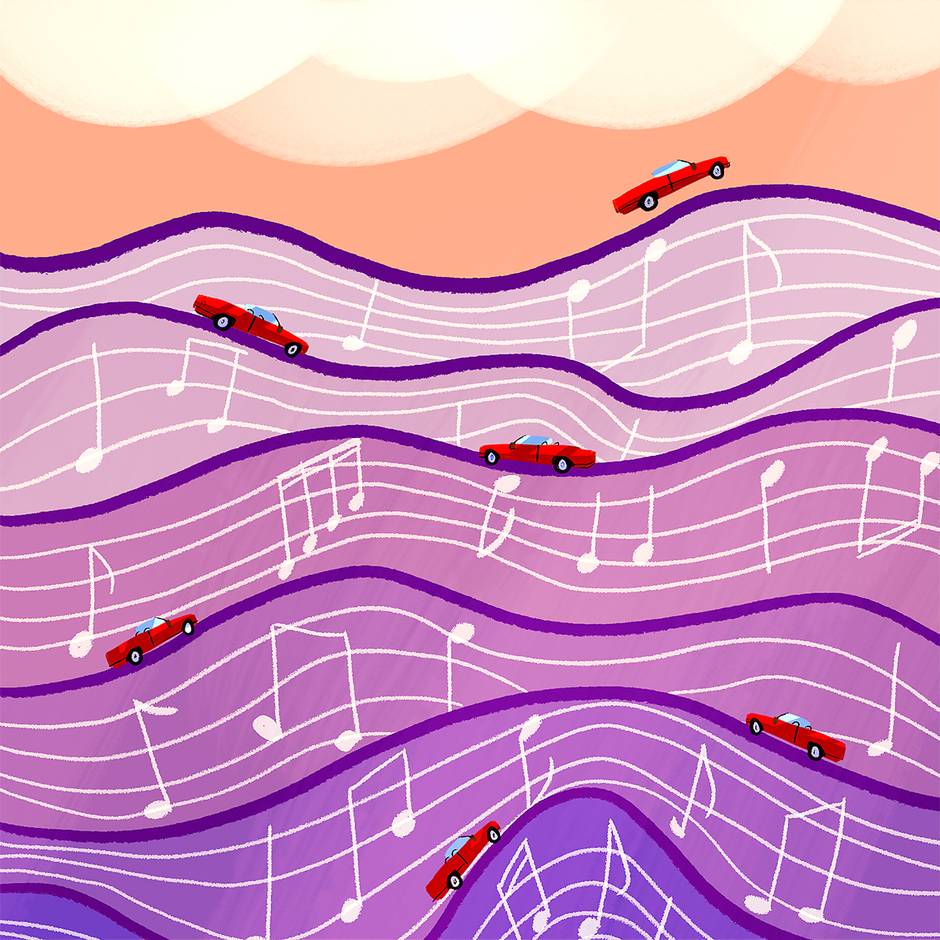 We two dissimilar people found ourselves that summer weekend listening to songs from 1984 as we made our way from PEI to Quebec City, our stop for the night. We took turns driving the red convertible, roof down, singing along. Not just to the great songs. It turned out we shared a fondness for the more gimmicky hits, too, both of us providing lusty accompaniment to Twisted Sister’s We’re Not Gonna Take It and Bananarama’s Cruel Summer.

With our contrasting temperaments, we had always approached travel very differently. I am on vacation the second I am not at work, so everything seems wonderful to me – even sitting in an airport lounge or taking hours to get somewhere by car. My husband’s more agenda-driven personality just wants to get somewhere quickly. For him, it is only at our destination that the true vacation starts, and when we leave it has ended. The part in between is an irritant: time spent neither on vacation nor happily at home.

After our night in Quebec City, we caught the same program again, listening now to the top part of the countdown we had missed. And there he was, the man who dominated the Top 40 that year – “His Royal Badness” as the announcer called him – Prince. And suddenly, it happened.

In one sense, we were just making our way along a stretch of Ontario highway in the summer sun. In another, we found ourselves driving through Purple Rain. I had skated in roller rinks to this music; my husband had partied to it with university friends. It was a defining album for both of us, and these were the defining songs.

As we covered the final blocks to our house, that cherished voice intoned, “Dearly beloved, we are gathered here today … ” and the two of us felt ourselves launched by his guitar riffs back into our former selves. “Let’s Go Crazy!” we bellowed.

I felt abruptly free. I saw that deep down I had long believed our life as a couple could only work if I curbed my tendency toward exuberant chaos. But as we gaily sang Prince’s songs together, I realized this pressure had been self-imposed. Two people can have opposing habits, but the same spirit.

Prince’s high voice accompanied us with its signature verve – like a dove’s cry, ringing out in enduring vitality. We turned into our driveway to the final notes, grinning like mad.

While the garage door opened, my husband turned to me. “I’d never realized before,” he said, still smiling, “that the voyage could be part of the trip.”