I was born in the United States, and as a child moved to Canada, where I've lived for a half-century as a law-abiding Canadian citizen. I recently found out, however, that this does not exempt me from having to file income-tax returns in the United States; in fact, if I don't I could face prosecution and a fine.

After confirming the legitimacy and urgency of this issue, the right course of action seemed clear and simple: File a tax return. No problem, I thought. Hah!

The first stumbling block: To file a tax return, I required a U.S. Social Security number. To get one, I'd have to apply in person inside the U.S.

So, one morning last fall, I rose early and drove to Niagara Falls, N.Y., the closest U.S. Social Security office. While I succeeded in being first in line, I failed this first attempt as I forgot my birth certificate.

Attempt No. 2: Several weeks later, I returned – with all my documents this time. I began feeling uneasy when the attendant scrutinized my birth certificate a tad too long. Then she remarked that the surname on it was spelled "Kajzer," a fact I had never noticed.

I explained that that is the Polish spelling of our family name, and that I was born shortly after my parents immigrated. Somewhere along the way, our name became Americanized to "Kaiser," the name on all my legal documents.

My explanation failed to impress the frontline enforcers of U.S. government policy. I was told to obtain an official name change in Canada, then reapply.

Attempt No. 3: I went home and promptly applied for a legal name change. After several weeks, I was notified my request had been rejected: As my legal name in Canada was already "Kaiser," it could not be changed to that. This flawless logic could not be refuted.

Fatigued, but not defeated, I vowed to carry on, and turned to a lawyer specializing in cross-border matters who presented my dilemma to the U.S. consulate. Their advice? Apply for a U.S. passport and revisit the Social Security matter later. Seemed reasonable enough.

Months later, at the consulate for my passport interview, I related my predicament. The official was sympathetic, and said he would record the name in my passport as "Kaiser" followed by an asterisk. The asterisk would indicate that "Kaiser" was also known as "Kajzer." He undertook to forward my Social Security application to the Niagara office. I thanked him profusely.

As promised, I received my passport with the a.k.a. on the last page. When I contacted the Niagara Social Security office, they said they had a backlog but would deal with my case immediately if I attended personally.

The next day, armed with my crisp new asterisk passport and confidence that this ordeal was nearly over, I was in the Niagara office.

The attendant refused to acknowledge the asterisk passport, and declared that my Social Security card could only be issued in the name "Kajzer" to match my birth certificate.

At that point, I conceded defeat and told them to proceed. Let the IRS reconcile the different names, I thought. I provided the requested contact information for a relative who could confirm I reside outside the U.S.

Several weeks later, a package containing my application arrived. It was accompanied by a note: "Unsuccessful in contacting relative. Please resubmit."

Determined to see this through, I decided to try another Social Security office, this time in Buffalo, only to confront a new wrinkle: a demand for school transcripts dating from Grade 6, the year I'd left the U.S.

I circled back to the Niagara office, where the issue had never been raised. Soon after, I was standing in front of the locked door of the Niagara office reading a sign posted a day earlier: Closed for Renovations. It gave directions to two Buffalo offices.

Disregarding my wife's counsel that I heed these "divine messages," I pressed on. I was on a mission.

I gathered my transcripts and decided to try the other Buffalo Social Security office. It didn't bode well when I inadvertently crossed the border in the lane reserved for commercial traffic. When I told the irate U.S. border guard the purpose of my trip, he asserted – in the smug tone reserved for border officials – that I did not require a Social Security card.

I was about to suggest he put in writing, but decided to move on.

At my destination, I took a number and waited with great apprehension.

The attendant was exceptionally accommodating and polite. She remarked about the name discrepancy, but was satisfied by the asterisk reference in the passport. There was no mention of transcripts. She could see no further problems with the application, and stated that I could expect my card within two weeks.

Overcome with emotion, I gushed that this was my sixth and final attempt before resigning myself to a fugitive life as a tax evader. She laughed and gave me her personal extension to call if I encountered problems.

The last time I experienced such a deep sense of relief was at the end of my bar mitzvah speech to 600 guests. The only thing that prevented me kissing her was the plate glass between us.

I am now the proud owner of a U.S. Social Security card, and on my way to filing tax returns. I've learned that your chances of successfully navigating any bureaucratic maze depends completely on who greets you at the entrance. 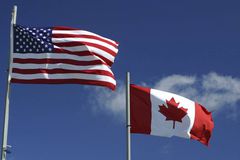 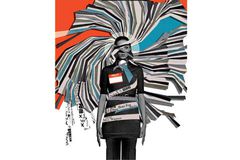