Last autumn, we put down our dog, Baxter, a Wheaten Terrier. I never thought it would happen so fast. It didn't feel real until we had to post the news on Facebook, a few days later.

At home, passing by his bed during those last days, I didn't think he was ready to go. His coat was still silky and glossy. His claws needed clipping. He loved his liver treats. Before his leg troubles slowed him down, passers-by on the street sang out, "Hey, puppy."

But Baxter was 16. One rear leg had stiffened and could barely bend, so his steps were pinched and awkward. He found it difficult to sit down and even harder to stand up. Our daily walks shrank to record lows of a few minutes. Sometimes, I carried him home. His seeing, hearing and smelling seemed weaker. He lost interest in food, except for the liver treats. His sleep was extremely restless. And too many strangers around him caused him to pee in the house. I thought these were normal parts of aging.

When we first brought Baxter home as a puppy, I was working from home, so I read all the how-to books, took him to puppy obedience school and did the training. The experts all said: "Be consistent! Feed the dog just once at your table and he'll always be begging."

I was happy to oblige. I had been raised in a version of Chinese culture in which discipline reigned supreme. I became the "tiger mother," always stressing limits for Baxter. My partner and I took pride in showing friends and family how Baxter could "come," "shake hands" and "roll over."

My partner worked downtown. Each day, on coming home, he would give Baxter treats. The dog soon developed a pleading, insistent eye that melted my partner's resolve and had him happily dispensing treats at all times. I frowned at the loss of discipline and argued, "He should only get a treat when he's done something to deserve it."

"But look how much he wants it! We buy healthy treats, don't we?"

On weekends, Baxter became "the invisible dog," because I wouldn't see him at all. He'd be following my partner around.

My partner was the softhearted one; I was the hardhearted one. In a way, I was glad for that difference, because it allowed Baxter to have different relationships with each of us.

I always expected to be the one to insist on letting go of Baxter. My partner was not only a softie, but also a procrastinator. Then, one morning, he said: "This is not a happy dog. We need to see the vet. We should be ready to let go." 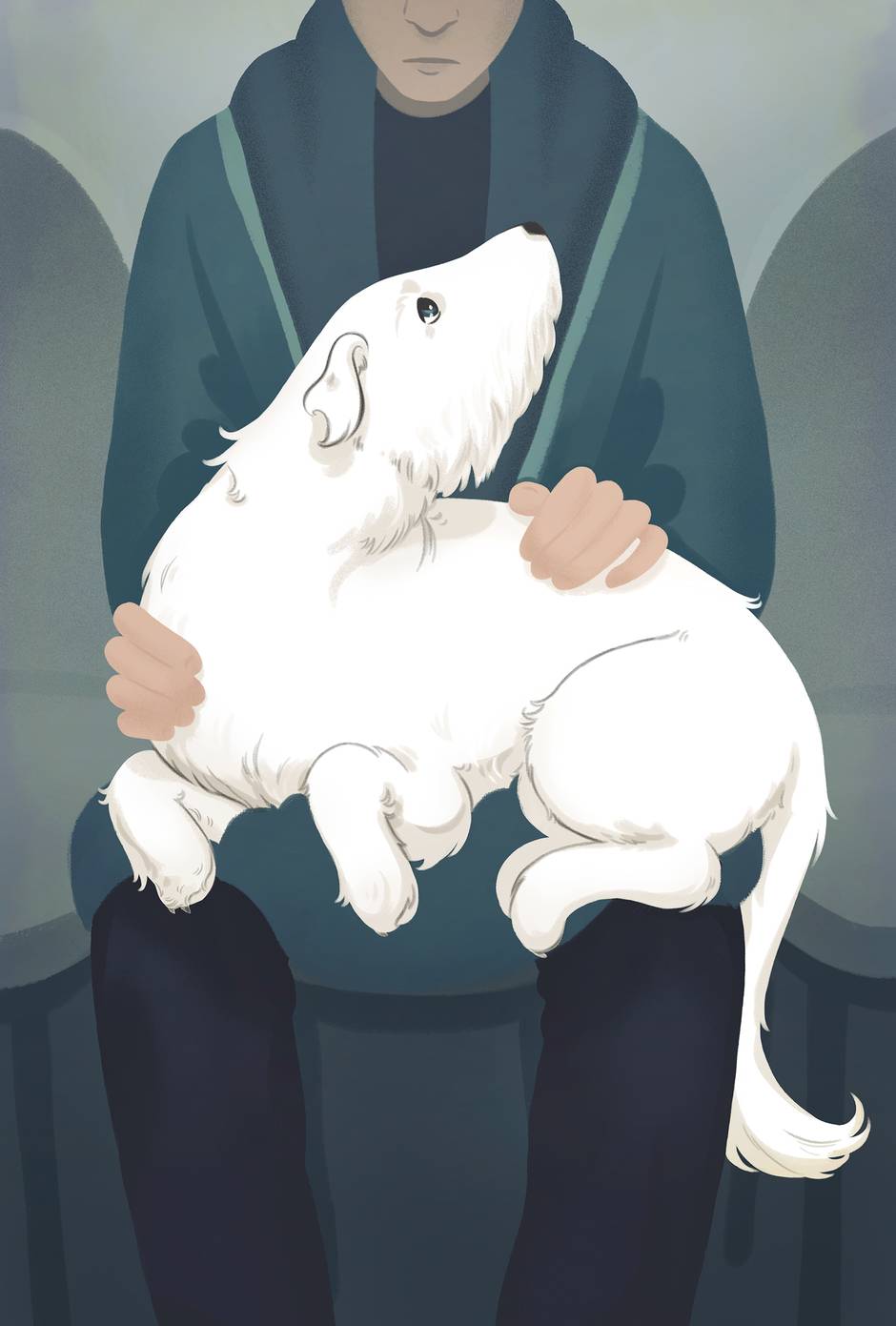 Off we went. I fully expected my partner to back off at the last minute, to sweep Baxter up into his arms and bring him home. We could continue to carry him up and down the stairs of our house. We could sign up for another round of orthopedic manipulations or deep-heat treatments. Or, I expected the vet to glance at Baxter and declare: “Oh, come on, guys, this dog isn’t ready to go yet!”

What happened? The vet agreed with my partner.

Suddenly, it was very clear. Just 10 minutes earlier, Baxter had had to be carried from our car into the clinic, and then from the waiting room to the treatment room.

The clinic staff, no strangers to Baxter or to us, gave us plenty of time. Much weeping ensued. No matter how many times I whispered “goodbye,” it didn’t seem enough.

After the injections, Baxter lay there, as if napping as usual. His body stayed warm for a while. Then there was nothing else left to do but go home and start cleaning up.

My partner and I had vowed to always take good care of Baxter. For the past two years, we hadn’t gone out of town together so that one of us would be with the dog. Now, that care did not mean supplying more medicines or treatments to keep him around for us. Baxter’s life was ultimately his, not ours.

Dogs are not children who grow up to have a life of their own; they remain dependent on their humans. And in this interspecies relationship, the humans hold all the trump cards. Dogs are bred to our order, live under our rules and have little say in their own fate. They trust us to do the right thing. They look into our eyes, and we look into theirs. One thing about dogs: They’re honest about their needs.

How do we humans deserve that trust and know about making the right decisions? For all of Baxter’s life, we’ve guessed at his needs, given that he couldn’t tell us directly.

That day at the vet, we would get no second chance, no other treatment to try, no “Let’s see how he is tomorrow.”

We dog owners take dogs for granted and make room for them as needed. The animals adjust ever so affably to our needs. “We’re moving, again? No dogs in the new neighbourhood? And more stairs? All right, if you say it’ll be fine …”

There’s one final adjustment that they can’t make for us, and our hearts break and ache because we are suddenly rendered helpless. All that training and discipline reduces to nothing. We can’t keep our dogs young forever and we can’t keep fixing them up, no matter how much we love them.