'It's harder out there for young people today than it was for me," he says as I wash his Prada loafers.

I can hear it in his tone: I'm about to get another condescending lesson in success from a stockbroker in dirty shoes. Not the kind of tip I'm looking for.

"But the secret to making money is still the same: It just takes hard work."

Oh jeez, if I had a nickel … Time for my exit strategy.

"Do you think I can make money off my one-woman show, Sir Charles Tupper on the Lawn?" I ask. "It's about our sixth prime minister's passion for croquet. I've been working pretty hard on it."

"Hmm. Actually, the improv I did in high school was great preparation for business."

"I learned that embarrassing myself in front of a bunch of people isn't the end of the world, that it pays to take risks. I think it also helps you trust the people you're working with, and to be a better listener."

Improv is great training for life, it's true. But if you want to be a writer, an artist or a communicator of any kind, I recommend spending a year or two shining the shoes of rich businessmen.

You might think it would be hard for me to relate to these guys. They run some of the biggest businesses in the country. Some help run the country itself. They've got cottages in Muskoka; they worked on their golf game this summer; there's always something wrong with their pool.

I am a cultural studies grad with my Oscar acceptance speech memorized and a bank statement I would rather avoid.

That's what makes the moments of connection so surprising. Such as when a customer gets talking about his kids during a shine and I suddenly remember that these scuffed bigwigs are dads – not a lot unlike my friends' dads – not just money-making automatons.

Sure, they drive up to the lake in $200,000 cars, but when they get back all they want to talk about is how their kid beat them at Scrabble or learned to swim. It's a useful reminder that outside of fiction, there are no stock characters.

Sometimes, though, the feeling of connection is best left unexpressed.

I used to get excited when I heard that one of my customers' children was at McGill University, my own alma mater. I've now seen enough horrified faces to know that the last thing these proud papas want to imagine is that, a few years after graduating from one of Canada's top schools their daughters will be shining shoes for a living.

To them, I represent the millennial nightmare: a long line of unpaid theatre internships and barely paid contracts that didn't lead to a secure, salaried position in Toronto's arts community, but to precarious and unorthodox employment in the pits of Bay Street.

What they don't know is that for an aspiring artist, shining shoes is a better apprenticeship – and more lucrative – than all my internships and contracts put together.

If art is about making meaningful connections with strangers, then a day at the shoeshine is an opus in itself.

A shine can take five to 10 minutes, depending on the condition of the shoe and its style. That's not a lot of time to bridge the vast chasm between me, a woman in my 20s making little money, and the well-heeled, middle-aged man in the chair.

There are moments when their perspectives are entirely alien to me, and I know that sometimes when I talk about my life and ambitions I might as well be speaking Greek. But I persevere. It's educational.

I've learned a lot about conversation at this job. I've certainly learned the art of talking about the weather. I used to view that as topical desperation, but I finally get why eight out of 10 customers prefer to talk weather while I burnish their wingtips. It's not that there's anything particularly pressing to say on the topic; it's just the quickest route to connection. If we share nothing else, we can both understand the corrosive effects of Toronto slush on both leather and mood.

Just as often, though, we go well beyond the weather. Most of my customers I will never see again; we don't run in the same circles. And maybe because of that, our talks are surprisingly intimate.

I've been privy to conjugal dramas, deep phobias, philosophical revelations and any number of small confidences.

I, likewise, have shared stories with some customers that I wouldn't tell to my friends. These conversations can lead to surprising moments of clarity, an understanding that we're more similar than not. For an electric moment, that gap between Porsche and Schwinn, steak frites and Mr. Noodles, him and me, is gone.

Of course, I don't always feel like whistling a merry tune and dancing some soft-shoe.

But it's all worth it. Because sometimes, in that space of five to 10 minutes, we manage to transcend all the countless superficial differences that make us feel as if we belong to two different species.

After a shine like that, we see the deeper thing: He's human, I'm human. It's a work of art, really. The tip is just gravy.

Facts & Arguments
What I learned visiting my mom at the hospital
September 17, 2013 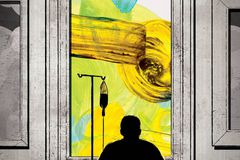 Facts & Arguments
I’m a passionate collector, but has my latest quest gone too far?
September 16, 2013 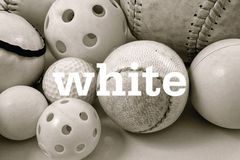