Environmental movement, this is goodbye. For the past 21 years, I have been greening, proselytizing and otherwise straining to Save the Planet.

Environmentalists who inspired me have burned out, become reclusive or even committed suicide. Little wonder: It's a thankless, deeply depressing affliction to care about the environment.

Despite our efforts, the planet remains far from saved. Even that pioneer David Suzuki says the environmental movement has been an abject failure. As he points out in his dreary blog, the planet is in much worse condition now than 50 years ago, when Rachel Carson wrote Silent Spring.

Carbon emissions have continued to bubble out of control since the time I first decided, at 16, to stop eating meat – my personal contribution to reducing global carbon emissions.

The last of the great whales continue to be mangled and maimed in ever-busier shipping lanes; millions of tonnes of garbage continue to find their way into the ocean, adding to gargantuan garbage fields in the Pacific and Atlantic; the world's human population continues to reproduce on a J-curve; arable land continues to disappear under vast suburbs or fall into the hands of corporate food giants planting mass tracts of monocultures drenched in hydrocarbons.

I have written letters, waved banners, run for office and donated money. I have held my gag reflex laboriously laundering flannel menstrual pads and my first son's cloth diapers. All the while I wondered why more people weren't awakened enough to do the same.

I've raised chickens in my backyard and attempted to grow all my own vegetables. I've brought myself to the brink of malnourishment in a fumbled attempt to adhere to the 100-mile diet (in Edmonton in winter, eating cabbage and beans for weeks before breaking down and devouring a couple pounds of Korean BBQ beef in one sitting).

I have lived in an "intentional" community (a.k.a. a house with roommates) that included a vegan who would rather get hantavirus than kill any of the mice living in our heating ducts. I have corralled escaping vermicompost worms in my kitchen.

I wasted a few years on a misguided attempt to launch a teaching career to directly influence youngsters. I even, somewhat seriously, considered divorcing my husband for failing to properly separate our recyclables.

Like diets, few of these greening ideas have really stuck – not in my own life, and not with the larger public.

I have consoled myself with the fuzzy notion that perhaps I've "raised awareness." But it is so self-evident now that I'm embarrassed it was a revelation: Solving the world's environmental problem is going to involve something much more powerful than a magnanimous sentiment toward Mother Nature, no matter how widely felt.

It reminds me of when I first gave birth. I chose to do it naturally, of course. Attempting to use the techniques taught by my beloved yoga instructor (deep breathing, unconventional poses, water), I realized far too late how laughably insufficient they were against the sheer misery of natural labour. I needed an epidural. In hindsight, it's a mystery to me why I would trust a yoga instructor over an anesthesiologist, who after all is a medical professional who specializes in serious pain relief. I don't know what the equivalent of an epidural would be in the context of Saving the Planet. But I know now that I would trust an environmentalist to deliver the answer about as much as I would trust a yoga instructor to deliver my baby.

It may be useful to follow a yoga instructor through satsang to achieve deeper stretches, or to follow an environmentalist through the forest to share reverent feelings and learn useful tidbits about flora and fauna. But to be an environmentalist you need to be a misanthrope at heart – distrustful of authority and individualistic. In short, not the person to help lead nations into a period of unprecedented co-operation.

We live in a society that solves massive problems through the co-ordinated efforts of specialists. Satellites are launched into space, deadly diseases are vanquished, people and cargo are moved to every corner of our planet, all without any personal buy-in from me.

I don't know which specialists can deliver us from ourselves, but I hope they're out there, mixing intelligence and ingenuity with money and power, getting something accomplished on a really big scale.

A few months have passed since I let myself off the hook for being part of the solution. An emptiness exists where this big part of my identity used to be. But it feels good, too, to finally relax. It even feels possible to experience that rare peace called acceptance.

If this is a sinking ship we're on, I'm going to quit bailing for now, and take a seat on deck to enjoy the view.

How are we going to trick our egocentric, tribal selves out of following our insatiable appetites over the cliff of our planet's carrying capacity? I have no idea. But I'm pretty sure the answer will have nothing to do with me or David Suzuki.

To presume otherwise would make me an environmentalist. And I'm done with that.

Facts & Arguments
How a recycling error landed me in municipal court
October 29, 2012 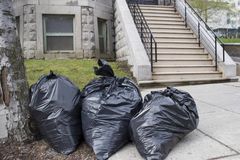 Facts & Arguments
So what if kids are reading less these days? They're better off
October 24, 2012 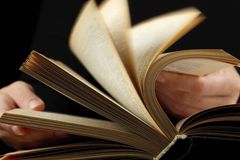