I've been playing a lot of solitaire on my phone lately.

I have what I call an anxious mind. Always thinking ahead, planning the next event, worrying about the "what ifs" of life, going over what's happened before, wondering what's next. It is a running joke in my family that while I'm jet-lagged and can't sleep on vacation, I plan the next year's vacation. But really, an anxious mind is not funny.

My first attempt to stop the constant chatter in my brain was during a canoe trip at summer camp. I think I was 12. I was out on the lake, the sun beating down on me and a counsellor telling me to keep paddling. It was monotonous and tiring, and there was no break, let alone end, in sight. I noticed a series of numbers on the front of the canoe, so I started to add and subtract them until I could get to zero.

Long after that canoe trip, I kept doing this. I knew it was probably not normal. I never told anyone, and eventually learned that this is just part of having an anxious mind – a coping technique to distract me from the worries that run rampant in my brain.

As a teenager, I would make up stories in my mind featuring whomever I had a crush on in that moment. They would be long, involved, romantic dramas. They served as a good distraction from the anxiety and then the depression that set in when I was 17. They were a great escape from a reality I couldn't quite make sense of or control.

As I got older, I learned new distraction tricks: Go through the alphabet and name a piece of fruit that starts with each letter; think through the plot of a movie in as much detail as you can; focus on your breathing; have a rock in your pocket and focus on how it feels when you rub it; visualize yourself in a relaxing place.

Lately, the old tricks don't work so well and my busy brain has been unable to escape the realities of the work I do. Being a social worker for families whose children, usually babies, are in hospital after heart surgery is the toughest job I have ever done. It breaks through the barriers I always had between my personal life and work, barriers that allowed me to feel empathy, to be there for people, but to leave my work at work.

Obviously, the emotion I experience is only a fraction of what the parents go through. I don't feel the same as them, but I do feel with them.

I feel their fear as they hand their child over to a surgeon who literally holds that child's life in his hands. I feel their helplessness when they can only stand and look at their baby, covered in tubes and wires, attached to machines. I feel their frustration with being stuck in a room with a three-year-old in the cardiac unit for months, waiting for a transplant or for their child to be well enough to go home. I feel the anxiety when they do go home and every small thing that is out of the ordinary, every cold or fever, every medical test or appointment, summons that same fight-or-flight response they experienced at the start of their journey. Sometimes the children don't make it home. When they die, I feel their parents' heartbreak. The worry, the grief, the powerlessness, the stress, the uncertainty, the anger, the raw emotion: I absorb it all.

The line between home and work became even blurrier 18 months ago, when my son had surgery in the hospital where I work. Then, four months ago, he was diagnosed with epilepsy and he is being treated at that same hospital. It's like an empathetic heart going into overdrive and an anxious brain winning the lottery.

As I head home on the subway, my mind swirls endlessly with the events of the day. I need a clear head before I switch to my roles as mother, wife, daughter, sister, friend, volunteer. Not being able to escape the day at work makes me feel panicky, as though I can't manage everything on my plate, my job is taking over, and I can't possibly find the energy and headspace to be everything I need to be.

A few months ago, my subway train was delayed in a tunnel. There was a medical emergency at the next stop, so I knew it would be a while. To pass the time I pulled out my phone and started playing solitaire. And there it was: just the right level of absorbing to let me reset. The structure and symmetry, the repetition and predictability, the logic and simplicity are all soothing to my busy brain. Not to mention that I know that, even after several failures, eventually I will win. Now I play most days on my way home. Sometimes that's not enough, and I play before I make dinner or at night when I need to fall asleep.

Do people looking over my shoulder wonder why I am playing such an outdated game instead of Candy Crush or Fruit Ninja?

Facts & Arguments is a daily personal piece submitted by readers. Have a story to tell? See our guidelines.

Facts & Arguments is a daily personal piece submitted by readers. Have a story to tell? See our guidelines.

Facts & Arguments
Whether I’m tired in my soul or up with the sun, depression is always with me
May 19, 2015 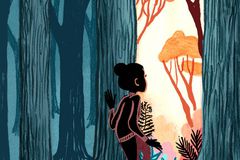 Facts & Arguments
When a celebrity resemblance is an affliction, not an attribute
May 21, 2015 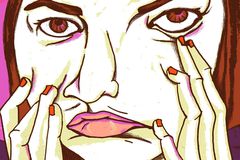 Facts & Arguments
After 37 years together, my washing machine and I have parted ways
May 20, 2015 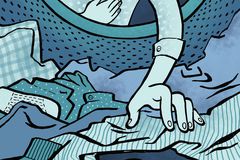