"For a woman, it's one of the most defining moments of getting older - that day when you peer into the mirror and spot your very first silver strand of hair," Claire Coleman writes for The Daily Mail. "In the past, this grey day may have arrived in their late 30s or early 40s. But the alarming news for women today is that we are losing our natural colouring much earlier. In fact, according to a new study … almost a third (32 per cent) of British women under the age of 30 have already started to go grey, and two-thirds of them blame it on stress. Just 20 years ago, the proportion of women who spotted their first grey hair before the age of 30 was just 18 per cent. John Frieda, the hair-care brand that carried out the research, thinks it's so significant that it has come up with a name for this new consumer demographic: GHOSTS - grey-haired, overstressed twentysomethings."

"Charting your course through a building can be disorienting, especially for a GPS-reliant geek," Wired magazine says. "Don't blame yourself - many large structures, like convention centres, hospitals and libraries, really are hard to navigate. 'If you see handwritten signs pointing you to an exit, that's a good indicator that it's not a well-designed building,' says cognitive scientist Laura Carlson of the University of Notre Dame."

"For generations, people met at parties, in church or synagogue, through friends, even - horror of horrors - at work," Elizabeth Bernstein writes for The Wall Street Journal. "But then we went online. We began making friends on Facebook and trolling for potential partners on websites like Match.com and eHarmony. Sometimes it works. You probably know at least one couple who met online. I know half a dozen. But there's something that's easy to lose sight of: These happy folks aren't typical. Most people never meet their soulmate online. 'It's exhausting,' says Kate Wachs, a Chicago psychologist and author of Relationships for Dummies. 'People burn out really fast.' "

"What's the best way for a hacker to attack Facebook users? A new survey shows an old-fashioned method works pretty well," MSNBC reports. "One out of every five male social network users admits they'll accept any friend request that comes from a woman - even if that woman is a complete stranger. Not surprisingly, women are considerably less promiscuous in their 'friending' - only one in 13 said they accept such digital advances from random male strangers, according to the survey conducted by Harris Interactive. But taken together, the survey suggests that some 13 million U.S adults are willing to accept any random friend request, which usually means giving strangers access to all the intimate details of their lives."

Being of two minds

"While some people experience lack of self," The Independent reports, "some seem to have more than one. Most obviously there are sufferers of dissociative identity disorder. … Perhaps even more interesting are the 'split-brain' patients of Roger Sperry and Michael Gazzaniga. As a last resort in an experimental procedure to treat severe epilepsy, Sperry and Gazzaniga severed the connection (the corpus callosum) between the two hemispheres of the brain. The results of this operation, called a commissurotomy, was that the epilepsy was indeed much reduced. But then Sperry and Gazzaniga conducted some experiments that revealed a remarkable, unforeseen side effect. … [I] you control carefully which side of the brain receives information from the environment, you can effectively make one hemisphere aware of something that the other is not. What is astonishing about this is that for this to be possible, there would have to be two centres of awareness in the individual concerned. Commissurotomy therefore seems to show that selves can be divided - at least temporarily - or that they needn't have just one centre of consciousness after all."

As little as that?

"If sex is a wonder drug … few researchers are working out the best dosage - the amount needed for maximum benefit," Psychology Today says. "… One study of 112 couples suggests that moderation is key. Carl Charnetski, a psychologist at Wilkes University in Pennsylvania, found that couples who got it on twice a week had 30 per cent higher levels of an important bug-fighting antibody than did less sexually active pairs. But any additional romps - three or four times a week - vitiated the immunity boost."

"Whenever I date a guy, I think, 'Is this the man I want my children to spend their weekends with?' " 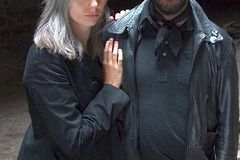