The recent documentary about Joan Rivers, A Piece of Work, reveals a number of things about the comedian, from the sacrifices she made to build her career to the insecurities that still drive her to accept even the lowliest gigs. Most glaringly, though, the film reveals just how different she now looks from her younger self, before all the facelifts she has famously endured. If Rivers is still, at 77, as vital and hilarious as ever, she is a relic in one respect: her devotion to cosmetic surgery, which women seeking to turn back the clock are eschewing in droves these days for less invasive procedures.

"There is definitely a facelift backlash going on right now," says Maureen Greenstein, a freelance Toronto makeup artist who caters to the city's ladies who lunch, a group that she notes could easily afford facelifts but are increasingly dismissing them as needlessly excessive. The turnabout is based on the rise of non-invasive cosmetic procedures such as Botox injections, laser treatments and injectible fillers, all of which are threatening to make facelifts obsolete and the people who insist on having them hideously out of fashion, says fiftysomething Greenstein, who is herself refusing to go under the knife in favour of what she calls softer approaches. "It now seems so very extreme even to admit having surgery on your face these days, especially since you no longer need to. You can get the same results by going to a cosmetic dermatologist, who can make you look spectacular while enabling you to go back to work the next morning with no one being the wiser that you've had anything done."

Looking refreshed and revitalized but not overdone is at the root of the trend. "No one wants to look like Catwoman," says Carolyn Berger, the 43-year old-director of a Toronto legal recruitment firm who also uses non-invasive procedures to maintain her looks. "Facelifts," she says, "are no longer part of my generation. They belong to my mother's generation, women in their 70s and beyond."

According to the American Society for Aesthetic Plastic Surgery, cosmetic surgeries plunged 17 per cent last year to 1.5 million from 1.8 million in 2008, based on data gleaned from an annual survey polling 928 board-certified physicians. The two biggest declines were facelifts (down 28.9 per cent over the previous year) and forehead lifts (down 30.7 per cent).

By contrast, less expensive non-surgical cosmetic treatments fared better, with 8.5 million of them performed last year, up less than one per cent from 2008. That category includes Botox injections (up five per cent over the previous year) and hyaluronic dermal fillers such as Restylane, Perlane and Juvederm (up six per cent).

"The facelift isn't dead," says Toronto cosmetic dermatologist Fred Weksberg, who treats Greenstein, Berger and hundreds of women who, like them, find facial surgery a turn-off, "but it's definitely moving to the back of the bus." The reason, observes Sandy Skotnicki-Grant, founder of the Bay Dermatology Centre and an assistant professor in the Divisions of Dermatology and Occupational Health in the University of Toronto's Department of Medicine, is that non-surgical techniques are easier, cheaper and less traumatic than traditional facial surgeries.

"Today's cosmetic-enhancement consumer is opting for a liquid face lift," she says, citing a new injectible dermal filler called Teosyal as being extremely effective in sculpting the face without the inconvenience and discomfort of plastic surgery. "Typically, patients only have to come in once a year for treatments and ... results are achieved in just a few minutes."

"More and more patients are starting rejuvenation treatments earlier than before and by doing so are preventing signs of aging to the point that they may never get to the point where a facelift becomes their only option," he says.

Another big factor in the decline of facelifts: People are also turning away from them because they've seen so many of them go wrong. "There so many Hollywood celebrities with one too many facelifts," says Vera Madison, a specialist in aesthetics medicine who says that pulling the skin surgically can result in sagging that eventually requires further correction. "We all know who they are, who looks overstretched and ghoulish. I am totally against cutting as a result. You pull the skin tightly and gravity will just pull it the other way. Using a combination of fillers, injectibles and lasers can actually provide better results when performed by a physician with a good eye."

Still, cutting has its place, according to some experts. "The neck and jowls are two areas that remain well serviced by surgery," says Oakley Smith, who works out of Toronto's East General Hospital. But surgery can't restore volume lost by the aging process the way fillers can. When injected into facial contours, fillers temporarily plump up sagging skin for up to 11 months at a time. "Fillers can lift the cheeks to reduce nasolabial folds, lift the eyebrows, enhance the chin and contour the face," Smith says. "Fillers are now also used under and around the eyes to give a more refreshed appearance without the need for a lower eyelid lift."

Even with injectables, though, there's a risk of doing too much. "Many Hollywood stars have had fillers and Botox [injections]and the results aren't always ideal," says Jugenburg. "Overly done lips, frozen faces: The landscape is littered with examples of what not to do. And patients often do come in pointing out particular Hollywood stars as an example of what they don't want. Names like Nicole Kidman, Meg Ryan, Lisa Rinna and Katie Price often come up."

The trick, says Greenstein, who budgets about $3,500 yearly for fillers and Botox treatments that she says are the reason people think she looks at least 15 years younger than she is, is to get only a little done at a time. "I always wait for my face to be empty and I never fill on top of a fill. That way I can see what I look like and what I want to correct," she says.

"I ask Dr. [Weksberg]to inject me where I'm hollow and then I stand back and reap the compliments. People always tell me I look amazing. And you know what? For my age, I do."

Face value: Why more men are getting Botox
February 19, 2010 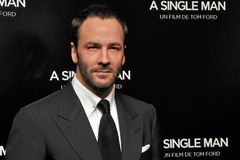 Teens undergo cosmetic surgery in record numbers
June 18, 2010
Follow Deirdre Kelly on Twitter @Deirdre_Kelly
Report an error Editorial code of conduct
Due to technical reasons, we have temporarily removed commenting from our articles. We hope to have this fixed soon. Thank you for your patience. If you are looking to give feedback on our new site, please send it along to feedback@globeandmail.com. If you want to write a letter to the editor, please forward to letters@globeandmail.com.
Comments