Here's my own version of the Dove Real Beauty Sketches video that went viral last month:

A young woman enters an airy loft. Behind a white curtain sits an FBI-trained forensic artist. Dreamy music plays. The woman explains that she was asked to show up but doesn't know why.

Without seeing her, the artist asks her to describe her chin.

"I really like it. People tell me it's a bit like Jennifer Aniston's. Not exactly delicate. But a statement chin."

"Oh, I'm glad you asked. Guys tell me all the time that they're beautiful. And I know what they're talking about. All my Facebook friends comment on them, too."

"And did your mother influence how you felt about your body and your looks?" It's well-known, he says helpfully, that mothers pass on bodyimage issues to their daughters.

"She did. She tells me all the time that I'm really, really smart and superpretty and that I shouldn't ever let anyone tell me differently."

Okay, I'll stop there. If you haven't seen the original Dove Real Beauty Sketches video, let me provide a brief review. Unlike in the scenario above, several women who are sketched by an FBI artist describe their features in a negative way. One middle-aged woman says that her mother told her she had a big jaw. Another describes her forehead as large. Someone else hates her chin. (It is as if Dove is trying to highlight every beauty burden known to women.) Then we're informed that, on a separate occasion, the women had also been told to speak to people they had never met – also without knowing why. Each of those strangers then sits behind a curtain and describes his or her impressions of the women.

A second portrait, based on those descriptions, is sketched. And what do you know? Sketch A usually looks Neanderthalish and nefarious, the kind of criminal-looking person one assumes the FBI artist is used to sketching. The only accessory each one needed was a wool cap to complete the look of neighbourhood axe murderer. Sketch B, on the other hand, resembles an average homo sapiens.

The strangers noticed attractive features of the women they met – sparkly eyes, high cheekbones, a pleasant smile. The women are then brought back to look at the two sketches, positioned side by side. They get a bit teary about how they should value their natural beauty. The tag line: "You are more beautiful than you think."

Women have reportedly wept over this video. And who could blame them? The soft lighting and schmaltzy music were calculated to jerk those tears out come hell or high water, preferably the latter. For Dove, this latest effort in its successful Real Beauty Campaign, launched in 2004, was a highbrow social experiment. To me, it's sentimental manipulation, sentimental because it encourages women to rerun that old script of themselves as noble but underappreciated, smart but self-sabotaging, hard-working but undermined by societal beauty pressure. It's the kind of underdog myth that gets women feeling all cozy and sisterly about their dear, beleaguered psyches, which invariably need a pat on the back.

The Beauty Sketches video felt out of touch not only with modern, confident women in Sheryl Sandberg's Lean In wave of feminism – some might even take it as a backlash to it – but also with the complex etiquette of vanity. Every woman knows that even if she considers herself pretty, it's inappropriate to brag about it. In an interview situation, she would never go on and on about the beauty of her eyes (hence the unlikeliness of my tongue-in-cheek script). The judgment of her would be cruel. And yet the glaring paradox is that we're living in a highly narcissistic digital culture that encourages vanity. Just have a look at the comment threads of teenaged girls on Facebook, a fascinating study in vanity manners and disingenuous modesty. Often, they will post a flattering picture of themselves looking beautiful and then express surprise when friends respond with compliments. "Really?" they will write in the thread. "Thx! U R pretty too!"

Almost immediately (and inevitably), a video spoof of the Dove Beauty Sketches campaign surfaced, featuring men who report feeling great about their looks (one says he thinks he looks like a "white Denzel Washington") while casual onlookers express otherwise. It's tag line: "Men: You're less beautiful than you think." The humour was a powerful and confident response suggesting that, while women acknowledge the differences in vanity issues between the sexes, stereotyping them in such a simplistic fashion is just plain hilarious for all concerned, men and women.

And this is also why I don't get too worked up about the perceived hypocrisy that a company that sells beauty products (including skinlightening creams in countries such as India) claims to be worried about how women are overly critical about their looks. Hey, that's marketing, which I think most Western women get. And if they don't, then they're not paying attention, because just as we're bombarded with beauty messages, so are we deluged with commentary about how we should be wary of them.

So, yes, the whole Real Beauty premise is just a cleverly subversive piece of communication: To avoid the beauty industry's messages about what to look like, you should buy our product. But let's be honest: In one way or another, women are complicit in these pitches about how to improve themselves. That's what the fashion/beauty industry is all about. And if we choose to engage in it, it's mostly because doing so is a lot more fun than paying income tax.

Most women, on the whole, are very aware of which aspects of their looks they like and which parts they hate. That's life – unless you consult a plastic surgeon. Even Elizabeth Taylor, whose face was a masterpiece, hated her chin. It was too small, apparently. Not that she would have made note of that if she were asked about her appearance. And that's because she would have known that we hate beautiful women who quibble about their smallest, inconsequential self-perceived flaw.

Like I said, there is such a thing as vanity etiquette.

The consensus on Dove’s controversial beauty campaign: Stop the preaching!
May 11, 2018 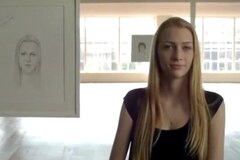 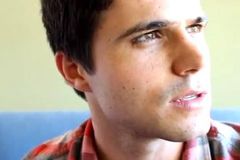 Dove has it wrong. It’s probably better not to think about your looks
May 11, 2018 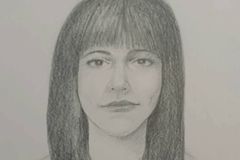