Forward-thinking entrepreneur Gregg Renfrew is passionate about the growing movement to protect us from harmful chemicals that may be found in everyday beauty products. A former New Yorker who now resides in Los Angeles, Renfrew is the founder and CEO of Beautycounter, a line of products formulated with high safety standards, excluding over 1,500 harmful ingredients that have been linked to a variety of health risks, including cancer, hormone disruption and reproductive toxicity. The mother of three founded her company in 2013, but more than just putting out products that are safe and useful, Renfrew is intent on raising awareness and helping to change government policies. This spring, Beautycounter launched both its range of skincare and colour cosmetics in Canada. I spoke with Renfrew about her innovative company and the passion behind it.

Tell me how you became so passionate about the ideology behind the company.

Back in 2006, I watched the documentary An Inconvenient Truth, about global warming. It became an incredible wake up call for me – the first time that I became aware of our impact on the Earth. I began to connect the dots between things that were negatively impacting the Earth and then negatively impacting us as people and started to become conscious and obsessed with removing harmful ingredients from my children's bodies, from my body, from my home. It was easy to move away from plastic and use glass, but when it came to skin and body care products and colour cosmetics, I struggled to find anything that met my needs. I could find earthy brands that were arguably better for the environment, but they didn't meet my performance requirements and weren't packaged in a way that I felt was commercially viable or chic or exciting. So I set out to start Beautycounter.

Are you involved in any activism to try and change federal laws regulating the safety of ingredients or are you just concentrating on your own business project?

We are extremely focused on advocating and lobbying for cosmetic reform. We aim to educate and increase awareness so that people can make more informed choices. Obviously, we aim to provide solutions through our products, as we are a for-profit venture. And we're also mobilizing large groups of people to advocate for cosmetic reform. This is something that I had never done before. I'm not a politician and I've never been involved in that, but I've spent the last 18 months working with people who have been advocating for reform and health-protective laws in all countries. We've done that through phone calls and email campaigns and meetings with senators and going to Washington, telling them that we are a company that's pro-commerce and pro-regulation. We want everyone to have access to safer products but that's not going to come until we see a real shift in the legislation in all countries.

There's a growing awareness, especially on the part of young people, of the need to get down to what's important in the world of fashion and cosmetics. Certain kinds of marketing that has seduced young people in the past aren't working anymore. You've got to make people aware that there is an inherently different kind of glamour in the ideas and products you're promoting.

There's such a negative side to the beauty industry, which is not just about questionable ingredients. It's also about pushing women to strive to be more beautiful. The top models don't even look like themselves – people are airbrushed to death and oftentimes not even wearing the makeup of the brand that they're representing in these ads. But younger people are starting to say, "I am beautiful exactly as I was built. I am who I am. I have straight hair, I have curly hair, I am skinny, I'm not skinny, I'm tall, I'm short, I'm white, I'm black." I think the younger generation is asking for greater transparency and greater acceptance of being unique and beautiful in your own body and that is something that we believe in. For us, smart is the new beautiful. Being informed is a luxury. It's access to information, greater transparency, and focusing on sustainability. We're going to become more focused on not being angry activists but being hopeful forward-thinking progressives.

The cosmetics industry wasn't an industry that you were a part of initially. You were a branding expert to start.

I had no background in the beauty industry and I'm not really a beauty junkie either. I enjoy great products and I've become more excited about products having built Beautycounter and having access to great products and seeing how they're formulated. My background was in entrepreneurialism and consumer retail fashion. I'd worked in New York for most of my career with companies like Bergdorf Goodman, Nordstrom and Intermix. I've been able to take my past experience with my company The Wedding List, which I sold to Martha Stewart, and my experience having run a children's clothing company, and use those experiences to help build Beautycounter. It just proves that if you're a scrappy entrepreneur and you're resourceful, you don't necessarily need to be an expert in the field. You can hire experts and I've done that. I have people who are far smarter and far more knowledgeable in the area of beauty than me. And I rely heavily on them to educate me about the industry.

Distribution is a big part of the puzzle, and you decided to get your own representatives and take control of your distribution. Why did you decide to get the product out there in this way?

Whether you're getting married, having a baby, having a health issue, or having trouble with your children, women tend to share information with one another and we rely heavily on those people that we trust. Knowing the story was best told person to person, a friend of mine said, "Have you thought about working with a network of independent consultants?" I immediately fell in love with the business model in that it not only creates a platform upon which women and men can be entrepreneurial and earn an independent income while growing a business and supporting a mission that they really believe in, but I also felt that it was indicative of the times. Bloggers and vloggers are using their points of view, their personal influence, to drive commerce. I think that is the way of the future. So we took a look at the direct sales industry and came up with what we call our direct retail model, which is direct-to-consumer through multiple channels, because we believe strongly that today's consumer demands how, when and where they shop your brand. We'll look at a catalog, go online, go into the store… whatever it is. Our largest channel right now is our network of independent consultants.

Is this a business you see yourself running for the next decade or is it something that you want to build to a certain level and then move on?

It's a really good question. In the business world, the scorecard is all about building a financially strong company. So of course I want to build a big company so I can say, "Wow! We did it!" But at the end of the day, for me the movement is the most important thing, for better beauty and to see more health-protective laws. I would love to see a day where my children and my children's children don't need to worry about reading the labels on a product that they put on their bodies every day and can actually say, "Mom, I can't believe you ever had to do that!" We've introduced 85,000 chemicals into commerce since the Second World War, and 80 per cent of them have never been tested for safety on human health. We all deserve to be healthy. Your health is your greatest asset and so I'm in it for the long haul because I care.

At 42, supermodel Kate Moss is still finding her spotlight
July 4, 2016 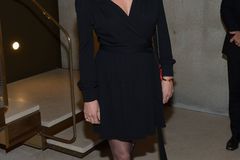 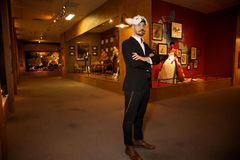 Preserving a legend: How Carol Lim and Humberto Leon are steering Kenzo gently into the future
June 2, 2016 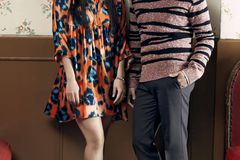