One of the top-selling face creams in Europe is manufactured by a Canadian brand you've probably never heard of. In fact, it isn't even a face cream: It's an anti-aging hand cream called Hand Chemistry that is so popular women buy it in bulk and slather it on their faces.

Within two weeks of hitting shelves, Hand Chemistry became the No. 1 hand and body product at Boots (the U.K.'s version of Shoppers Drug Mart). But in Canada, outside of a small cult of dedicated beauty geeks, Hand Chemistry remains relatively unknown.

"Canadians don't like Canadian brands. They don't think they're sophisticated," says Brandon Truaxe, the eccentric founder of Deciem, an umbrella company that owns Hand Chemistry and nine other beauty brands the company manufactures in Toronto's east end. "Yes, M.A.C came from here, but in a global context no one thinks of Canada as a beauty powerhouse. But it just takes a few [success stories] for all of that to change, and hopefully we can be one of them."

Deciem's most successful brand is Fountain molecules, a series of liquid beauty supplements that work from the inside out. "It's done amazing in Europe, but North America is a nightmare," explains Truaxe. "Most beauty concepts flow from the West to the East, but nutritional beauty is massively the opposite. The North American mentality is much more about 'I need to look good tonight' whereas the Asian mentality is much more about longevity and how you build it."

Truaxe initially conceived of the Fountain range because his hands were tied by not one, but two non-compete clauses from previous jobs. The most restrictive one was from his founding role in Indeed Labs, which left him unable to create any facial anti-aging products for two years. The split wasn't exactly an amicable one, and Indeed remains Deciem's biggest competitor.

"The first year, the focus was mostly on their failure and a little bit on my success," laughs Truaxe. "Revenge is always more powerful than love. Now, their failure still matters, but less so."

The non-compete expired this summer and coincided with the launch of Deciem's newest line, NIOD (Non– Invasive Options in Dermal Science), which includes facial products like Copper Amino Isolate Serum 1.00 per cent and Low-Viscosity Cleaning Ester for the hyper-educated beauty fiend. Note the lack of typical beauty jargon like "renewal" or "regenerative."

Deciem is only about three years old and has already seen massive success outside our borders. They're a $30-million annual business, sold in 20 markets worldwide, that employs 70 Torontonians – soon to be 200. Their rapid growth has meant three moves in two and a half years, and the factory they settled into a mere eight months ago is already too small. They just bought a new space in Etobicoke to keep up with the pace of growth, and the brand will open its first stand-alone stores in Toronto and London in early 2016.

Truaxe doesn't mince words. He talks a million miles a minute and doesn't care whom he offends. He refers to himself as "screwed up" and admittedly hates the beauty business: "I think the industry is a scam. That's why I decided not to hire anyone who has ever worked in beauty before. There's no point in hiring people experienced in scams."

He branded Deciem as the "Abnormal Beauty Company" with the goal of making medical-grade products that work and don't cost a fortune. Their most expensive product rings in at $200, but the majority of their offerings fall under the $50 mark.

"Our chemist originally came to interview for an assistant position. He said, 'Brandon, I'm being honest; this job is a stepping stone for me. I've never wanted to be in the beauty business.' He's now our lead chemist and he's never going to move because we're not treating beauty like it's wishy-washy chemistry."

As it stands, Canadian sales account for a measly one per cent of Deciem's business. Characteristically, Truaxe isn't afraid to call out a few groups that he believes hinder the progress of homegrown beauty startups.

"There's nothing more boring than Canadian media. The British media lick the floor when Deciem has something new. But here, my God! The last time I walked through the Rogers Media building I said, 'This is the last time I am going to either enter or exit this building.'" Deciem's products are covered extensively by the Daily Mail, Telegraph, Cosmopolitan UK and British Vogue, but only receive sparse coverage here.

Despite the company's success and growth potential, Truaxe hasn't found much support from the government either. "In fact, the government of Hong Kong has helped us far more," he says. "Government organizations like Export Development Canada – they haven't even come to one meeting yet. They haven't guaranteed or insured a single receivable. I don't even understand what they do. People don't realize how useless these organizations are."

Tuaxe's vision for Deciem over the next five years is more focused on brand building than raking in the dough: "Money really means nothing to me. It just doesn't excite me. That's the only reason we can do this."

He also aims to have 60 stores globally, inch Canadian business closer to 10 per cent of total sales and up the roster from about 200 to 2,000 products.

"If we have one goal as a group, it's to add accountability to the beauty business. People assume it's a scam, but the world evolves and things get better and better, and one day planes do fly."

Meet the companies customizing beauty products for your DNA
December 10, 2015 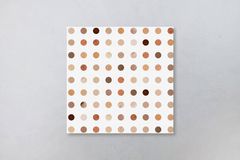 MAC co-founder Frank Toskan on why blue hair is good for business
November 2, 2014 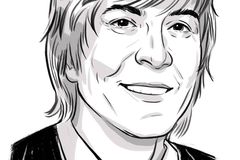 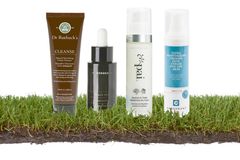