Largely, this is because they're not around long enough to warrant milestone status.

But "Because I'm Worth It" is not just any slogan. Introduced by L'Oréal in 1971 as the Parisian beauty brand prepared to launch its hair-colour business in the United States, these four words came to represent a movement as much as a product range.

Written by a female copywriter at the McCann Erickson agency in New York, the TV commercial featured a woman, Joanne Dusseau, rationalizing her purchase of a premium beauty product at a time when most ads were narrated by men or offered solely a male perspective.

Today, L'Oréal is the largest cosmetics company in the world (selling approximately 50 products every second) and its slogan remains an internationally recognized catchphrase promulgated by its 30 ambassadors, a clutch of celebrities who span age, race, demographic and hair colour.

I asked Jill Nykoliation, president of Toronto-based ad agency Juniper Park, to weigh in on the slogan's success.

"[Women]have innate inner strength and we have the desire to be cherished," she wrote in an e-mail. "Both are true but we feel that they are at odds with each other. L'Oréal's tagline embraces this tension, which is what makes it so intriguing."

"This is a celebration of self-esteem and confidence and what we think beauty is," L'Oréal's global brand president, Cyril Chapuy, said in Paris recently as part of a media blitz celebrating the anniversary and featuring several of the brand's spokeswomen.

"For us, beauty is not something that we like to think of as being superficial."

But it is, at least to some extent. What are lipstick, hair dye and mascara, after all, if not ad-influenced tools that we use to be perceived differently by other people?

The counterargument, of course, is that makeup is a personal confidence booster, other people be damned. When the ancient Egyptians encircled their eyes with kohl, there were no TV commercials telling them to do so.

"For me, [the slogan]was a defiant call to action for women," Mullins said. "It was saying, 'You know what, I'm not doing this so I can snag a man or get a promotion. I'm doing this for whatever my reasons are and that's good enough.'"

Mullins is a vision of perfection, all doll-like features and attenuated limbs. But her legs are actually prosthetics, the result of a medical condition dating back to infancy. She did not let this hold her back from becoming successful in multiple fields.

"Confidence is a tricky thing," she added. "Some days we really feel it and some days we don't. I think any life well lived is about transformation and at the core of that is imagination."

Coming from her, this is genuine stuff. Still, she proceeded to say something that simultaneously supported and refuted the "Because I'm Worth It" message: "We know anything is possible if we claim our own power. We can't be polluted by other people's ideas of what we think we should be."

So can a beauty brand ultimately deliver self-worth?

"It's a bit of a contradiction," Fonda confessed in a brief one-on-one chat. "I think it's stretching it," she added with a contemplative laugh. "And yet, I think about the 1960s and seventies, when I was an activist on the barricades dayto- day, all day. I thought that it was bourgeois and superficial to even look at myself in the mirror. And it wasn't until I was 48 years old that someone said, 'I think you should go and get a facial'."

As a coda, I met some friends for dinner following the slogan's birthday bash. When dessert arrived – rich chocolate mousse – everything jelled. The fact is, a truly terrific slogan transcends its product and this, we agreed, was a L'Oréal moment. So we savoured each rich, caloric, heavenly spoonful. Worth it? Absolutely. 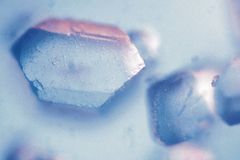 Night creams become the skincare industry's next big thing
March 26, 2010
The Canadian skin-care industry's latest hot ingredient? Maple syrup
April 2, 2011
Follow Amy Verner on Twitter @amyverner
Report an error Editorial code of conduct
Due to technical reasons, we have temporarily removed commenting from our articles. We hope to have this fixed soon. Thank you for your patience. If you are looking to give feedback on our new site, please send it along to feedback@globeandmail.com. If you want to write a letter to the editor, please forward to letters@globeandmail.com.
Comments