On a recent evening in Venice, my nose was tickled by the scent of orange groves and Mediterranean breezes. As anyone who has visited La Serenissima knows, I wasn't smelling the city and its murky canals. It was, in fact, Acqua di Gio, a cologne that's as quintessentially Italian as olive oil, with effervescent notes of salt, sea and herbaceous rosemary.

The Giorgio Armani fragrance has been a bestseller for nearly 20 years. It shares its bright character with other Italian colognes, including the Acqua di Parma range, and traces its roots back to the influential recipe for eau de cologne created in 1709 by Italian perfumer Giovanni Maria Farina. Considering my location, smelling Acqua di Gio wasn't surprising. But outside of Italy, sniffing it out isn't as easy as it used to be, thanks to a rise in scents with a more British sensibility.

Just as Naples and Savile Row are centuries-old rivals in the world of fine tailoring, Italy and the U.K. compete on the cologne front. And while cultures around the world have been creating regional variations of Farina's original mix for centuries, the British versions gaining popularity tend to be more complex.

"One of the ways I describe the difference between a typical eau de cologne out of England versus one out of Italy is to look at Tony Blair versus Silvio Berlusconi," says Seth Harman, the managing director of the Toronto grooming boutique and online retailer MenEssentials. "One is dapper and somewhat conservative and sophisticated, and [the other is the] crazy guy who throws sex parties at his house."

MenEssentials' inventory is split between fragrances from Italy and heritage brands from England, and Harman confirms British labels like Penhaligon's and Floris are overtaking Italian brands thanks to their more refined character. That's not to say British notes are timid, however. Truefitt & Hill's West Indian Limes, for example, layers in tenacious clove. My own beloved cologne, Jack by Richard E. Grant, adds aggressive hints of nutmeg and cannabis to mandarin.

A consumer desire for stronger – and longer-lasting – formulas is a key reason for the cologne shift, says Franco Wright, co-founder of the Los Angeles fragrance bar Luckyscent.

"In the eyes of the consumer, that's the first concern when something is marketed as a cologne, a concentration that you splash all over the body but might have to reapply all day long," he says, suggesting British-style scents play up the strength of their recipes to dispel the myth that 4-to-8-per-cent concentrations are too light to last.

As its name suggests, the prestige perfumery dates back centuries and had been dormant for decades before it was relaunched in 2013 with an updated version of an old recipe, released under the name 24 Old Bond Street in honour of the firm's original London address.

"Since England had a lot of trade with India, Atkinson created an eau de cologne based on spicy notes rather than solely citrus," says the company's international brand manager Karine Torrent from her office in Paris. Those elements contribute to its sillage or the trail left behind by the scent after its wearer moves on. "We didn't want to put it on the market as it had been in the past," Torrent continues. "It was too dusty for today's consumer." Contemporary additions include juniper of gin, rose absolute and black tea.

The British personalities who have gravitated to their homegrown scents also add to the cachet. Floris owes some of its mystique to author Ian Fleming (the fragrance makes cameos in the Bond novels Moonraker, Diamonds Are Forever and Dr. No). Herman says that when women shop for it at MenEssentials, the spy connection is enticing, "but I can't recall a single guy wanting to buy it because of Bond." The minute men hear Winston Churchill wore it, however, they're sold. 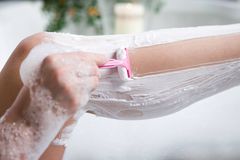 How one men’s-wear devotee downsized his wardrobe to make the most of a big adventure
June 12, 2015 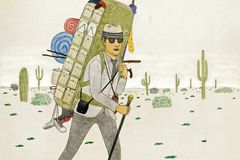 Neutral territory: These crisp shades of white, grey and sand make for a soaring summer look
June 12, 2015
Make a sports statement this summer with these slick shoes and watches
June 11, 2015
Follow Nathalie Atkinson on Twitter @NathAt
Report an error Editorial code of conduct
Due to technical reasons, we have temporarily removed commenting from our articles. We hope to have this fixed soon. Thank you for your patience. If you are looking to give feedback on our new site, please send it along to feedback@globeandmail.com. If you want to write a letter to the editor, please forward to letters@globeandmail.com.
Comments