The recent film adaptation of Never Let Me Go, Kazuo Ishiguro's haunting 2005 novel, is faithful to the tone of the book, instilling the same sense of dread - and chills - as its source. But the movie offers something that the novel doesn't: close-ups of waifish, tousle-haired Carey Mulligan, a poster girl for natural beauty, this season's hands-down look, if ever there was one.

Granted, the peachy-cheeked English ingenue is a winner in the genetic lottery. (Anna Wintour apparently agrees, having tapped Mulligan for this month's Vogue cover). Yet stars, no matter how flawless, rarely appear on screen or in print without makeup. To get that earthy, "natural" look, out comes the soft blush and faint eyeliner, the hairdresser tricks for deliberately imperfect eyebrows and gently windswept hair. To paraphrase Dolly Parton, who famously said that "it takes a lot of money to look this cheap," it takes some effort to look effortless.

The good news is that there's a bumper crop of "no makeup" makeup and "nude" hues in various shades this season. Cosmetics companies are also finally acknowledging that "nude" is a spectrum that begins with porcelain and ends in ebony. But regardless of what your skin tone is, less artificiality is more right now. And that goes for the face, the hair and even scent.

Chalk the shift up to the influence of fresher faces like Mulligan (also starring in this fall's Wall Street sequel, where she happens to play an environmental activist), Maggie Gyllenhaal and Rebecca Hall. After several years of dramatic, overly made-up looks, from smoky eyes to eighties-style clothes and dos, real women are also ready for real-deal alternatives and real simple makeup regimens, even if the approach of cold weather suggests otherwise. "People always think that in spring you go light and in fall you wear more makeup, but that doesn't always work for the modern working woman," says Simone Otis, a Toronto-based makeup artist and consultant for Joe Fresh Beauty, whose product range this fall is heavy on neutrals, from rose to caramel. Even its nail polish lacquers, in shades called Buff and Sun-Kissed, lean more toward nature girl than vamp. The season's goal, Otis says, should be glow, not glitter. "It's soft and classic and a warmer version of minimal. Women want to look fashionable, but not like their look is wearing them."

In keeping with this earthiness, this season's offerings are lighter on the skin, too. Whereas cakey consistencies characterized products past, today's formulations go on fluidly and sheer. Nars's new Orgasm Illuminator, for instance, may have an outré name, but don't be distracted by it. According to the product notes, its "flecks of gold, peach and pink shimmer softly in diffuse light, melting into the skin to allow your true beauty to shine through." It's about time.

Although natural-looking beauty palettes might seem to coincide nicely with many consumers' desire for natural ingredients, not all wholesome-looking products are nature-based. One that almost fits the bill is Natural Beauty Inspired by Carmindy, a new line from the single-named U.S. makeup artist, who developed it for brand behemoth Sally Hansen. Best known for her transformative sweeps of blush and mascara on the TV makeover show What Not to Wear, Carmindy was in Toronto recently to launch Natural Beauty in Canada. The entire line is paraben-free and enriched with antoxidants and nutrients, from avocado oil and mango butter to vitamins A and E. Products still contain silicone, though. "We weren't so keen on organics because they didn't have the delivery, but we still wanted to be safe," Carmindy - born Carmindy Kathryn Bowyer - explains. "I call it light green," she adds, referring to the engaged but not dogmatic attitude she feels women have toward so-called eco-cosmetics.

Donna Bishop, a long-time Toronto makeup artist and founder of the online eco-boutique GreenBeauty.ca, admits that "natural" can be a loaded word, mostly because it means different things to different people and is ambiguous when referring to makeup. As for skin-toned shades, she adds, they were rarely if ever popular in the past because they had more of "hippy, crunchy vibe" than a sensually sexy one. That perception changed as the desire for easier, healthier lives in tougher times grew. "We want to live simply and we can now show that it can be sophisticated and elegant," says Bishop, who is also the editor-in-chief of Bamboo, the "conscientious" beauty and lifestyle mag.

Among fragrance and hair care companies, earthier scents and products with some degree of eco cred have been slowly yet steadily on the rise since 1999, when L'Occitane introduced Verbena eau de toilette, which has organic Corsican verbena leaves as its main ingredient. In 2007, the niche perfume house L'Artisan Parfumeur launched L'Eau de Jatamansi, a 100-per-cent all-natural certified organic scent. Pure DKNY, the latest fragrance from Donna Karan, is built around vanilla sustainably sourced from a women's agricultural collective in Uganda. And African baobab-tree extract is the key ingredient in Sally Herschberger's Supreme Head for Wavy Hair product series, which is one way to achieve the season's loose and luscious locks. Herschberger, the bicoastal celebrity hairstylist, spent a weekend in Toronto during the recent film festival and agrees that "womanly" hair - whether beachy and wavy or gathered loosely in a ponytail - makes a strong statement right now.

"It's all about being foxy," she says, describing "foxy" as neither grungy nor impeccably groomed but simply "beautiful, sexy and gorgeous." After all, natural is also a state of mind, as Mulligan, who expresses her beauty with poise and subtlety, not with gobs of gloss, understands. "Women don't feel that they have to wear a mask any more. They don't have to look like someone else and they can feel more comfortable in their own skin," says Carmindy. "Makeup should be something that enhances that, but doesn't make them or define who they are." 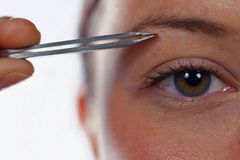 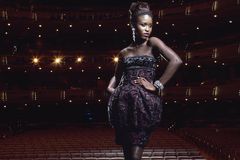