In the sixties and seventies, when the Ivory Girl was the paragon of wholesome beauty, a natural approach to makeup meant not wearing much of it at all. Between Germaine Greer's feminist messaging about inner beauty and Rachel Carson's best-selling anti-chemical tome Silent Spring, a swath of the beauty industry's target market avoided face-painting altogether, drawing a thick line between makeup junkies and the soap-and-water purists.

In the decades since then, the middle ground was filled by both DIY dabblers (Steep ground herbs in glycerin, strain them through muslin …) and a cottage industry of "natural makeup" producers doling out cosmetics free of chemical fillers, genetically modified organisms and any synthetic ingredients. Their underwhelming palettes, experimental formulations and limited distribution, however, prevented these products from ever going mainstream. Today, a growing list of companies, including several Canadian standouts, are catering to the beauty aficionado who wants it both ways, offering cosmetics lines that produce high-impact results using all-natural ingredients – no herb-straining required.

Despite their quotidian ingredient lists, the best new lines, says Catherine Riddell, a body-care expert at Toronto's Big Carrot health store, perform as well as their chemical counterparts. As proof, Riddell points to the considerable growth in natural-makeup sales, which, at the store, have doubled since 2010. They have been buoyed, she believes, by improvements in formulations. "People used to feel limited by colour choice," Riddell says, "but natural pigments have undergone a revolution. The range of hues is spectacular."

Even more revolutionary are the sources of many pigments: fruits, vegetables and rocks. New formulations are achieving with plants (think beets, raspberries and turmeric) and minerals (including lapis lazuli, mica and iron oxides, used for pigment as well as sheen) what used to be possible only with synthetic ingredients. The big difference? As demand for natural products has grown, so has the willingness to invest in technology that beats older methods of extraction.

One company drawing attention for its vividly coloured eye and cheek colours and its high-performance foundation is Vancouverbased Sappho Organic Cosmetics, distributed in 50 stores across Canada. According to JoAnn Fowler, Sappho's founder and chief executive officer, the firm's sales have tripled over the past 18 months; Fowler is also, she says, negotiating with several celebrities to represent her line, although she won't name names.

"Before we incorporated in 2008, I just made this stuff for myself, trying colour combinations in my kitchen. Then I began working with a lab. Now we run three manufacturing facilities across Canada and the U.S.," says Fowler, whose line uses mineral pigments as well as juices from flowers, fruit and vegetables such as hibiscus, carrots and beets.

In the natural-makeup game, the main benefit of moving from kitchen to lab is being able to achieve optimum performance from raw botanical ingredients by controlling temperatures, something that is difficult to do using a double boiler on the stovetop. What's more, oxygen-free lab facilities prevent airborne pathogens from contaminating the makeup, eliminating the need to add chemical preservatives to cosmetics.

"That green makeup equals crappy makeup is a myth," says Donna Bishop, a professional makeup artist and founder of Toronto's Green Beauty spa and salon. Every makeup artist I know loves these products," says Bishop, who believes "Sappho rivals a Chanel or a M.A.C."

Another standout in the category is Rocia Naturals, based in Belleville, Ont. The company, named the 2012 winner of the Natural Health Best of Canada award, was started in 2008 by Jacqueline Maybee as a homebased effort to deal with her family's allergic reactions to conventional products. Now, in addition to its Belleville production facility and showroom, Rocia retails in 20 locations in southeastern Ontario. Maybee offers this explanation for the company's growth: "People are becoming more educated around our toxic load. There's demand for safe, all-natural products that deliver excellent results – and it's getting easier to source quality ingredients." For Maybee, that includes minerals, which make their way into the line's eye shadows, powder blushes and foundations. Natural mineral formulations require little or no preservatives – rocks don't have a shelf life.

When, however, a preserving agent is called for, Maybee relies on one of her recent discoveries, an ingredient derived from radishes – not surprising, perhaps, from a brand whose labels read like a grocery list.

On the other hand, there's the Manitobabased company Pure Anada, whose labels read more like a geology lesson. Pure Anada's makeup for lips, cheeks, eyes and skin uses pure mineral ingredients in its formulations (eliminating the need for preservatives) as well as binders such as grape-seed oil and rice-bran wax. Although the company's founder, Candace Grenier, set out to make cosmetics that wouldn't trigger chemical sensitivities (she developed her own during an earlier career in hairstyling), it was also important to her to introduce a wider range of shades to the natural foundation-makeup market. Now, Pure Anada makes what Grenier calls a "global ethnic diversity" line of mineral foundations. By removing whitening titanium dioxide and increasing the amount of iron oxides in the formulations, "we are able to provide," she says, "natural coverage for all Canadian women."

If the task of makeup has traditionally been to conceal flaws and enhance one's best features, natural makeup's biggest boast is that it improves one's looks from the inside out. "Conventional lipstick changes the colour of your lips; natural lipstick, containing nourishing ingredients like jojoba oil, will also smooth fine lines, moisturize the lips and make them look healthier," says Riddell. Natural foundation, she continues, "is corrective as well as concealing, using ingredients such as sea buckthorn oil to reduce redness and inflammation or neem oil, which has anti-aging properties." Dr.Hauschka eye shadows, meanwhile, "use silk powder to go on smooth but also to improve and protect the delicate tissue around the eye," all without synthetic fillers.

Of course, shoppers will have to experiment, as they do with conventional makeup, to find natural cosmetics that work best for them. Given the many new options, however, Bishop is confident that even the most dyed-in-the-wool makeup junkies should be satisfied.

"Your perfect, fabulous natural-makeup brand is out there," she says.

Gill Deacon (@gilldeacon) is the author of the national bestseller There's Lead in Your Lipstick: Toxins in Our Everyday Bodycare and How to Avoid Them (Penguin). 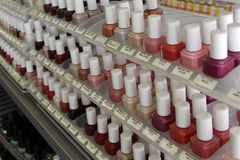 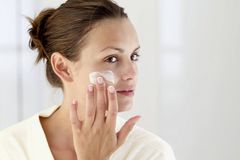 Go natural - pucker up with organic lipstick
October 19, 2007
Follow us on Twitter @globeandmail Opens in a new window
Report an error Editorial code of conduct
Due to technical reasons, we have temporarily removed commenting from our articles. We hope to have this fixed soon. Thank you for your patience. If you are looking to give feedback on our new site, please send it along to feedback@globeandmail.com. If you want to write a letter to the editor, please forward to letters@globeandmail.com.
Comments