Writer André Aciman, author of Call Me By Your Name, once wrote an ode to lavender that details his 35-year quest to find the ideal version of lavender aftershave or cologne. "Some failed to bring out something essential about me; others suggested things that weren't in me at all," he writes. A revised version of this essay on the sense of smell, identity and comfort was later collected in his book Alibis and ends on a desultory note: "Sometimes the clothes and scents we wear have more of us in them than we do ourselves."

I think of this essay every February without fail when I go in search of scent to carry me over the hump of winter's last crusty snowdrifts, the perfume equivalent of a Slanket for the soul.

Something that nuzzles while being diaphanous rather than heavy – offering the same pleasure that salted chocolate provides. Something that simultaneously strikes a deep chord of longing for spring and a promise that it will indeed arrive, yet is still as comforting as being swaddled in a chenille blanket. Every winter, I am as dissatisfied as Aciman with his quixotic lavender.

So this year, I decided to take a deeper whiff and look at perfumery materials related to plush comfort that might ward off the chill.

The chemical compound that achieves the capricious, limpid-yet-warming effect of Parfums Frédéric Malle's L'eau d'Hiver, for example, is hedione, a distinctive magnolia-jasmine floral note discovered 60 years ago by a nose at Firmenich, one of the industry's major ingredient producers. First introduced in 1966 with Christian Dior Eau Sauvage, it's since become a pillar of CK One, Paco Rabanne and L'Eau d'Issey.

After the picturesque but inconvenient snowstorms that recently brought the City of Light to a virtual standstill, Paris-based Canadian Denyse Beaulieu, of literary perfume blog Grain de Musc, similarly declared that she wanted to "hunker down with dark, fusty, cozy scents until such time as I can poke my nose outside. … Perfume is a way of breathing." Her tincture includes ambrette, or hibiscus seed, an aromatic increasingly used as a substitute for animal musk. I can relate to the sentiment, but find it to be a sweet, not entirely pleasing sweaty note.

For those self-medicating mood with scent, there's also the option of upping the dosage of restorative notes. In its new contemporary collection at Sephora, the Canadian ethical-scent company The 7 Virtues reformulated its classic collection so that all the new iterations from Patchouli Citrus to Rose Amber are in higher concentration: They contain nearly double the essential fragrance oil of a typical perfume. Coming on stronger is also what Chanel is doing with the new twist on its 2001 bestseller. With Coco Mademoiselle Intense, perfumer Olivier Polge has added a higher proportion of patchouli leaves and a lingering amber accord. (Amber is that resinous, satisfying warm molasses and clove gourmand without stinking of vanilla.)

French perfumer Emmanuelle Moeglin, founder of the Experimental Perfume Club in London, encourages learning about the creative art of scent through raw ingredients at workshops and drop-ins.

Moeglin says our tastes are shaped by what we smell and, unexpectedly, finds that the final creations from her lab fall into remarkably few and similar categories. "I was actually quite surprised that it's such a big trend – 50 to 60 per cent that go towards leather, woody spicy," she says. "At the moment in February in London, when it's miserable, in the sessions, we have people who wanted many more light, woody fragrances than they usually do. People wanting just bright, fresh but musky smells."

I expected her to rhyme off aromatic MVPs such as vetiver or cedar, but Moeglin was quick to wave them off. "They're a little too harsh. People like round, soft scents – cedarwood and vetiver are a bit too smoky and they're not easy to handle."

Iso E Super is the studio's most popular raw ingredient. The trademark name for aromachemical 7-acetyl, Iso E Super makes a fragrance seem magically comforting in a vague, hard-to-define but persistent way. It's a powerful synthetic ketone ingredient, sometimes also called patchouli ethanone, from International Flavours and Fragra-nces (IFF), another material supplier to the fragrance industry. The single-note ingredient is in everything from dryer sheets to Dior Homme.

As Luca Turin and Tania Sanchez put it in their groundbreaking critical reference Perfumes: The A to Z Guide, ISO E Super is "possessed of a mysterious velvety quality that makes all fragrances shine and flow." (To those who can smell it, anyway. Many are anosmic to it – meaning they aren't able to detect the scent, according to Lizzie Ostrom's history A Century of Scents.)

Iso E Super, Moeglin explains, has a fullness to it. It lightens and intensifies, yet still falls within the "woody incensy amber-y scent profile" that she sees people gravitate to day after day. "ISO super is a very, very easy ingredient to use," the perfumer adds of the abstract ingredient known for its versatility and tenacity.

In isolation, it is almost indetectable, yet it's famously the only ingredient in Geza Schoen's cult following Molecule 01, and in high quantity in the follow-up Escentric Molecules. It conjures the "log cabins and Scandinavian furniture" mentioned in the marketing materials for Byredo's popular Super Cedar, for example. It's a whopping 55 per cent of Comme des Garçons' Incense Kyoto. It also reputedly hovers beneath the salty, piquant Chanel Sycomore that finally became my just-right February comfort scent.

Iso E Super's devotees are legion, on both sides of the bottle. End users and perfumers both love its effects."It's fragrance chemist's wet dream," Turin quips in Perfumes: The A to Z Guide, "the sort of stuff that gets you a very nice gold watch when you retire." 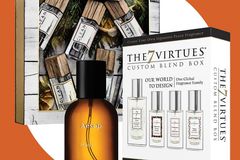 Tiffany offers a sparkling scent ‘for all the women who love jewellery’
November 16, 2017 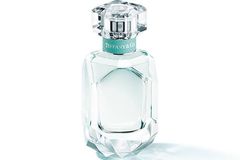