Hoping to differentiate himself from the masses wearing Calvin Klein, Nautica and Davidoff scents, Rory Johnstone, a Toronto-based art director and DJ, embarked on a week-long olfactory journey not too long ago. It saw him skipping over many of the popular eaux de toilette and colognes available at mainstream department and drugstores in favour of testing out an assortment of lesser-known, unisex eaux de parfum sold in apothecarystyle shops and men's-wear boutiques.

Seven days and dozens of spritzes later, Johnstone narrowed his options down to three favourites: Odin's intensely woody and peppery Tanoke 07, D.S. & Durga's sweet and smoky Mississippi Medicine and Le Labo's leathery Santal 33. All are considered niche fragrances, meaning they're produced in smaller quantities and distributed more selectively than mass-market scents. And although Johnstone did stray from the mainstream-fragrance path, he wouldn't have lacked company. Despite their low quantities and limited range, niche scents are experiencing exponential growth worldwide. In the United States alone, sales of niche brands have nearly tripled this year, according to NPD Group, the retail analysts. Their growing popularity is also evident in Canada, although there hasn't been any research on the subject of late.

According to Harry Sheff, the founder and editor of the blog Cocktails & Cologne, it is the willingness of post-metrosexual men such as Johnstone to venture away from mainstream offerings that is behind the current upswing in niche-fragrance sales. Another factor is a loosening by the fragrance companies themselves of gender-specific scent labels, a phenomenon that has really "opened up the market for men and encouraged exploration," Sheff explains, adding that one of his favourite scents to wear year-round is the unisex Cocoa Tuberose by Providence Perfume Company.

David Teeter, Holt Renfrew's divisional vice-president of cosmetics, has also noticed that many male shoppers are more than willing to shrug off preconceived notions of what constitutes a masculine scent, observing that niche perfume brands such as Byredo, Frederic Malle and By Killian are attracting guys to the luxury retailer's fragrance counters in droves. "Men are interested in finding a scent that will help them stand out in a crowd," Teeter says. "And since these brands are unisex, it has allowed men to experience a variety of scents and not feel like they have to fit into a box or, in this case, a bottle."

What is inside that bottle is, of course, what distinguishes a niche fragrance from a mass-market one. "Niche perfumers tend to focus on the actual juice, rather than the packaging, the bottle's design or the advertising," says Nazrin Ladha, proprietor of The Perfume Shoppe in Vancouver. "Plus, the quality of ingredients is often higher," she adds, accounting for the higher price point of most niche scents, the majority of which are also eaux de parfum (a term that is often used mistakenly to describe any women's scent, but actually refers to a fragrance with a high concentration of aromatic compounds, regardless of whether it's intended for a man or a woman.)

Typically, five to 10 per cent of most men's eaux de toilette and colognes consist of perfume oils, while the eaux de parfum that Ladha sells – two that men like, she says, are Aoud Forest by Montale (a mix of white musk and citrus notes concocted by the former perfumer to the Saudi royal family) and Ciel Man by Amouage (an intense floral that pairs the essences of lavender, rose and lily of the valley with hard-to-find silver frankincense) – contain upward of 20 per cent perfume oils, which means they last longer and smell more intensely than a lot of the better-known men's fragrances on the market.

Recently, even mass designer brands have been trying to attract the attention of men searching for something a little stronger. Last summer, Giorgio Armani launched Acqua di Giò Essenza; a blend of bitter citrus and warm cedar, the company's first foray into eaux de parfum for men is a headier take on Acqua di Giò, the light, fresh-smelling eau de toilette released in 1996.

In the end, Johnstone decided that Odin's Tanoke 07 would be his new signature scent. Its smell was familiar, conjuring up the memory of bonfires at his family's cottage, but also unique enough to satisfy his desire for something different. It also helped that women seemed to love it, too. 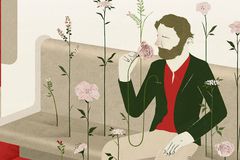 What men are really browsing on the Internet
September 22, 2012 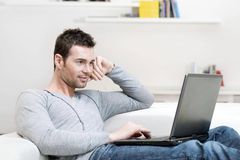 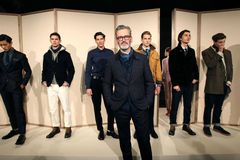