By now, you have probably heard of or maybe even perused Yelp's "hipster maps," the online review site's pinpointing of impossibly trendy neighbourhoods in more than a dozen cities, including Toronto.

Identified by the number of times the word "hipster" has appeared in reviews of citywide businesses, the various artsy enclaves (Williamsburg in New York, Shoreditch in London, Queen Street West in Toronto) are featured as flaming orange splotches – the kind of markings you would imagine the World Health Organization uses to indicate Ebola outbreaks – across their respective metropolises.

The purpose of the maps, as many have interpreted it, is to alert those with an aversion to hipsters to the areas they congregate in most, thereby enabling the anti-hipsters to give these places wide berth. But as far as I'm concerned – and speaking as one of the non-trendy – the anti-brigade can stay away. I'm on the hipsters' side!

Sure, hipsters can be annoying, sometimes exceedingly so. As someone who has lived in one of Yelp's demarcated hot zones (Toronto's Beaconsfield Village) for 15 years, I have borne witness to the invasion of sockless bearded guys in black specs and skinny jeans, their vintage-wearing girlfriends with the studiously dishevelled haircuts, the Pabst-fuelled bar conversations about raising chickens, the latest Daft Punk album and the healing powers of kombucha. None of these things is inherently irritating, but the cocksure non-conformist posturing with which they're brought together (if you can call what a whole identifiable group of like-minded people are doing non-conformity) sure is.

"I think what people hate is the vanity," agrees Stuart Berman, music reviewer for Pitchfork and the author of This Book Is Broken, a volume about the Toronto indie-rock band (and hipster deities) Broken Social Scene. "It's not so much that hipsters are on the lookout for new things and new experiences [that's irksome]," he says. "It's the fact that they're celebrating themselves for doing so."

And they're such easy targets. From the TV show Portlandia to American artist Jeff Greenspan's practice of leaving (non-functioning) bear traps baited with hipster catnip – a Holga camera, neon Ray-Ban Wayfarers, a fixed-gear bike chain – along New York streets, hipsterism has fuelled some clever critical art, high and low. The backlash against them, however, is getting decidedly meaner, moving beyond gentle satire to something more disturbing.

In Berlin, "hipsterdriven gentrification" is being blamed, according to a recent Vice article, for a proposal to build new luxury apartments where a section of the former Wall stood; the building, enraged locals behind the slogan "no tourists, no hipsters, no yuppies" argue, will supplant squatters with artsy cafés and nice flats (as if that's a bad thing). Encyclopedia Dramatica , meanwhile, calls hipsters "narcissistic douchebags … who frequently carry an STD and rarely shower." The irreverent online reference site also refers to them as "faggots," presumably because the hipster uniform is sometimes androgynous.

"I don't understand this hating on hipsters," says Lauren Baker, owner of the online boutique LAB Consignment. Before moving it to the Web, Baker ran her bricks-and-mortar shop not far from Toronto's Dundas Street West, a once-bland strip that has been given new vitality by you-know-which-group. "What's funny to me is that the mainstream and the masses end up liking [what they initially make fun of] down the road, once it has been accepted by all of their peers."

Indeed, there is a bullying tone of the kind often seen in high schools to much of the dismissal of hipsters. They are the weirdos that the normals taunt, the nerds beaten up by the jocks, the outsiders ridiculed by the insiders. But just as in high school, there is also, I think, a kind of attraction at play, a secret envy. Just look at all the suburbanites who descend on my neighbourhood in droves most weekends to drink, eat well and soak in some of the surrounding coolness.

It is time, therefore, to can the vitriol about hipsters, especially given all of the pleasure, stimulation and, yes, amusement they provide. To direct the kind of venom we have seen of late at a pacifist, well-meaning bunch about as threatening as my late granny is more than a little misplaced. True, their affectations can grate, but they are also a progressive, civilizing force, improving the neighbourhoods they populate more often than not. I know, because I have seen it firsthand. And if someone, whichever side of the hipster divide they stand on, were to ask me to choose between a chain restaurant in the 'burbs, a tin of beans in a squatters camp or a night out in one of Yelp's flaming orange zones, the choice would be an easy one: I'd opt for the joint with the good music and good food – even if it means sitting next to the bearded guy in heavy black glasses. 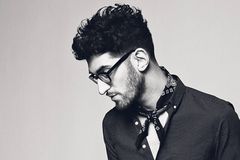 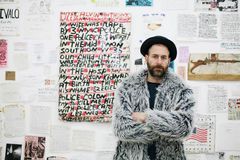