You may know Kevin Zegers from such screen roles as the lonely scamp in Air Bud, a blue-blooded drug dealer in Gossip Girl or the bratty, street-hustling son of a pre-op male-to-female transsexual in Transamerica. A disparate collection to be sure, Zegers's credits show no sign of homogenizing: The 29-year-old, a native of Woodstock, Ont., is well ensconced in the Mortal Instruments franchise, in which he plays a Shadowhunter, one of a secretive race of demon-chasing humans born with angel blood. He also stars as an amputee firefighter in All the Wrong Reasons, one of Cory Monteith's last films. Recently, Globe Style Advisor spoke to Zegers while he was honeymooning in the Turks and Caicos (he had just married Jaime Feld, a talent agent). Subjects included clothes shopping with Elton John, the celebrity who wears suits best and the purging of his "ugly" bachelor style.

So how does it feel to be saying "my wife"?

I have actually been saying it since we got engaged, but it's definitely weird to hear her say "my husband." She was booking an appointment to get her hair done recently and, when they asked her what it was for, she said, "My husband's premiere." I had a moment where I was like, "Whoa! Who is her husband?" It was like the first time a kid calls you "sir" or "mister" or something. You feel infinitely older and less cool.

I know. I'm starting to turn into a cool husband. I was such a crazy nutcase for a while. This is the nicest thing I've ever done for myself.

Do you wear a ring?

At this very moment, no. But I do wear one. Every interview I watch, I have this thing in my hand – I'm either switching it from finger to finger or rolling it around. But I'm getting used to it.

How much of a say did you have about what you wore to your wedding?

I asked the two people I trust most with fashion to take me to get my tuxedo, so that was David Furnish and Elton [John], who have been friends of mine since I did a movie with them. They took me to Dolce & Gabbana and had a tuxedo made for me. That was my wedding gift [from them]. I just shut up and let them do the yes-ing and the no-ing. When I pointed to something, they'd be all, "No no no no no, you're not wearing that." There was very little discussion.

Does your wife have a say in your day-to-day wardrobe?

Yeah, she has the final say. We've definitely done some purging. It's a slow process, getting rid of the old, ugly stuff that I used to think was really cool … stupid T-shirts and button-downs that were cool 10 years ago when I was going out to the clubs a lot. She'll just say, "God, you look like an idiot in that." My wardrobe is growing up a little. I would be very comfortable to just live my life with 10 pairs of jeans and 30 T-shirts, a couple of nice jackets and 10 pairs of shoes.

Do you get a say in what she wears?

Sometimes I think I do. She definitely wants to know that I like what she's wearing. But if she holds up two options and I pick one, I don't know if that affects her final decision or not.

Is shopping a thing you enjoy at all?

No. I don't enjoy it. My stylist says I have the worst case of Straight Man Disease. Unless something rips or I run out of it, I don't go out and buy it.

Are there any guys you look up to when it comes to style?

George Clooney looks comfortable in a suit whether he's on a red carpet or just sort of going to dinner. That's how I want to look – not like I want to rip it off my skin the second the red carpet is over.

Will there be much press for All the Wrong Reasons? There must be a huge focus on Cory.

Unfortunately, it's one of Cory's last films and I think that's spurring people's interest. That's what people are going to want to talk about and for me there's kind of an icky quality to making it about Cory's death and less about the movie. I have kind of tried to distance myself from that. I have said a bunch about Cory and the situation and I kind of feel like – especially out of respect for his friends and the people he was close with – I want to just let it be for a while. I understand the curiosity – I just don't want to partake in it.

What do you have coming up?

We'll be shooting the sequel to The Mortal Instruments in Toronto till Christmas, so, for the past couple of months, I have been working out and fight training and trying not to eat like an idiot. This honeymoon is our first non-work-related vacation in about three years. When I'm not working, I have a lot of lazy time, but my wife has a brutal job in terms of her schedule. To have a week where she doesn't have to answer e-mail or deal with work stuff … she's never had that. I'm more happy for her than for me. 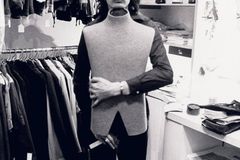 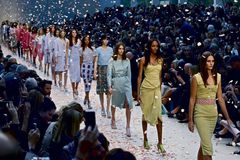 My husband equates dressing well with work. How do I get him to embrace a smart casual look?
July 20, 2013 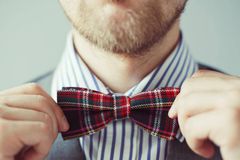