Despite having landed big-screen roles alongside the likes of Dustin Hoffman, Emma Thompson and Joshua Jackson, Liane Balaban, who is 33, still looks like an ingénue. Her lips are Natalie Portmanesque; the enormous brown eyes echo Anne Hathaway's. Her strong features sit on a delicate face that she describes as incongruously sombre. Her skin hasn't seen a day without sunscreen since she was 13.

On Sept. 8, Balaban will be taking those lips, eyes and features down the red carpet at the Toronto International Film Festival, where her latest movie, The Grand Seduction, a remake of the Quebec hit La grande séduction, will receive a gala premiere. Directed by Don McKellar and written by Michael Dowse, it stars both a smattering of Canadian acting royalty (Gorden Pinsent, Mary Walsh) and a hunky TV star (her love interest is Taylor Kitsch, a.k.a. Tim Riggins of Friday Night Lights). Seduction took Balaban back to the Maritimes, the birthplace of her acting career: Her big break, at the age of 18, came when she landed the title role in 1999's New Waterford Girl, an East Coast comic drama directed by Allan Moyle. That film, her first, also sent Balaban to her first TIFF, where she approached her first red carpet sitting in a limousine with her divorced parents, who hadn't been in the same room with each other for more than a decade. "It was," she recalls, "surreal."

For the Grand Seduction gala, the actress, who divides her time between Los Angeles and Toronto's Trinity-Bellwoods neighbourhood, intends on going full-out glam – but with a caveat. "Lucian Matis is designing a dress for me. His pieces are more like artworks than outfits," she says. However, Balaban will probably eschew what she so gracefully – and graciously – stepped into for some of the photos on these pages: high heels. "Let's face it – they're uncomfortable. Some women love them and it makes them feel sexy and confident. But I find stilettos impossible."

Clearly, Balaban knows what works for her, what makes her comfortable when it comes to style. Her confidence is the result of much trial and error. One of her biggest lessons was learned a few years ago, when the importance of test-driving one's gown before a big event was driven home. "I was presenting at the Genies and wore a gorgeous black strapless dress that a friend had altered for me because I was worried about it falling down. But she made it tight – so tight that I couldn't walk in it. And I couldn't go up stairs – the circumference at the bottom was too tight. Then the zipper snapped and I couldn't take it off. When the night was over, I got people to help me get it off with a hanger, but by then my jeans had disappeared from the green room. I had to borrow an extra pair of pants from a daughter of one of the show's producers to get home."

Coming up next for Balaban, acting-wise, are roles in two CTV series, Saving Hope and the forthcoming Played. She will also be facing a personal milestone in November: her wedding to a beau whose identity she is happier not to reveal. "I have no idea what I'll wear," she says of her nuptials. "I think it will be something vintage and in keeping with my desire for comfort. There'll be lots of dancing."

Will she wear flats then? "Probably," she says, laughing. "Or a kitten heel." 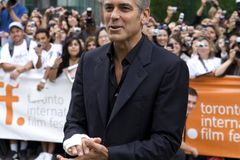 Why three women are trying to build a film fest around menstruation
January 18, 2013 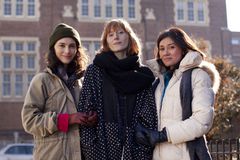 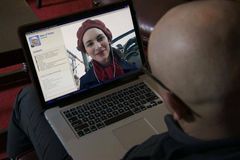