As Michelle Tolini Finamore packed her bags for a trip to Paris in late March, her thoughts weren't on leaving room for the typical souvenirs. As curator of fashion arts at the Museum of Fine Arts, Boston, her goal was to borrow a 50-year-old suit. Finamore's next show, which has the working title of Gender Bending Fashion, looks at the cultural, social and sartorial exchange between men's and women's clothing and identity from the 1920s to the present. "Thematically, you can't always secure the object that suits your storyline so you always need to bend it a bit. I have my idealized checklist, of course," she says.

Thanks to the proven appeal of style-related shows in recent years, general museums are now mounting crowd-pleasing fashion exhibitions as often as their specialized costume and textile counterparts do (click here for a listing of 18 shows opening in 2017 alone). Next to each artifact is a museum card about its materials, with the finest print of all reserved for its provenance, and that's where things get interesting behind the scenes. A gallery does not simply open the closet doors and put a few dresses on mannequins: Those few little words belie the months and years of preparation and inter-institutional negotiation.

When planning exhibits, fashion or otherwise, museums first rely on their own archives, in part to highlight in-house holdings and scholarship. They then fill it out with a mix of private and institutional loans. "When you're trying to tell a story, that can get tricky," Finamore says.

Gender Bending Fashion is on the museum calendar for late 2018 but her trip to Europe in late March is filled with curatorial appointments at the Museum of Film and Television Berlin, which owns Marlene Dietrich's screen and personal wardrobe, and at the Fondation Pierre Bergé-Yves Saint Laurent in Paris. "The show has to have Le Smoking, and I'd ideally like one of the 1966 ones, certainly one of the Helmut Newton ones," Finamore says of her loan request. Her fingers are crossed in hopes that she can make her case and secure the appropriate artifacts – but also that another institution isn't mining the same stockpile.

Collegial relationships between institutions and archives are cultivated not simply by the lending of objects, the Bata Shoe Museum's senior curator Elizabeth Semmelhack explains, but with ongoing reciprocity. "Sometimes there are objects that require help in identification, or by presenting research at that institution, other scholarship, or meeting at conferences and discussing where our collections have synergism," she says.

Since the Bata has its own 13,000-item collection of rare shoes dating back 4,500 years, the institution generally borrows less often than it lends – quite a few shoes in both the recent Pleasure and Pain show at the Victoria & Albert Museum and the Brooklyn Museum's Killer Heels came from the Bata, for example.

But like Finamore in Boston, Semmelhack had to make the museum's case to lenders when developing the popular Out of the Box: The Rise of Sneaker Culture exhibition in 2011 before its 2013 opening. "We don't collect sneakers and only have a few," she says, so in order to comprehensively explore the theme, Semmelhack had to assemble the show with 140 pairs borrowed from 38 international lenders, including the archives of Nike, Converse, PUMA and Adidas as well as private collections (from Dee Wells to Run-D.M.C.).

When the show was a hit and the opportunity arose for Out of the Box to expand to a touring exhibition, the Bata Shoe Museum deferred logistics to the American Federation of Arts. That phase involved renegotiating all the individual loans, which typically last three months, into lengthy extensions as well as arranging complicated tax clearance and border documentation, since the objects have a sales value because they are classified as contemporary footwear. After several years and stints from Atlanta to Toledo, the show ended its run at the Oakland Museum in California on April 2 before being crated for a final stop at the Art Gallery of Western Australia in Perth.

Most institutions are accredited members of the Association of American Museums and adhere to the standards, guidelines and practices of conservation, storage and transportation – including but not limited to the cost of specialized storage materials, from pricey chlorine- and acid-free tissue paper to garment boxes (think $800 or more for a single cardboard box). A condition report is done at every stage, marking every single missing bead, wrinkle or stain prior to sending an object, on the receiving end, and then again when it goes on display and comes back down. Smaller institutions seldom have the staff or budget to enable them to borrow from the behemoths.

Another expense is that a conservator from the lending institution almost always accompanies and installs the piece, which means the borrowing institution must have the funding not only for any specialized custom crate to secure the artifact in transit, but also to cover staff travel. (Private collectors are simpler – and cheaper – to deal with, though they must part with a garment not only for the length of the show but 8 to 10 weeks on either end, for the preparatory stages.)

The Fashion History Museum in Cambridge, Ont. is a small non-profit museum founded in 2004. While its scale may be humble – its gallery is a modest 2,000 square feet – its programming is ambitious. Several of the garments needed to fill out its current Fashioning Canada show were manageable expenses, on loan from the nearby Seneca Fashion Resource Collection. A prized 1870s showpiece came from a private collection that was accessible by car. But finding and borrowing items was the least of the challenges for the FHM's sesquicentennial-themed show, which explores national identity through dress items like the Canadian tuxedo of GWG jeans, and the blanket coat. Museum chair Kenn Norman and curator Jonathan Walford had a surfeit of relevant artifacts in the 12,000-item collection, only 67 of which are on display in the museum. The staff time involved in day-to-day care and management as well as show preparation is an onerous task for any institution, regardless of size.

"When we close for the winter people think it's to take a break but that's our busiest time," Norman says. "That's when we are planning, building and managing the collection, doing conservation." The hiatus also makes time for research projects, focused evaluation and de-accession of objects in the collection, and grant applications, such as one in the works for the ongoing digitization of their Canadian content archives.

Kevin Jones, curator at the FIDM Museum at the Fashion Institute of Design and Merchandising in Los Angeles, has calculated that no matter the object, be it a ball gown or a pair of shoes, it takes eight hours just to process an accession or prepare an object from the permanent collection for loan. And that's just the paperwork. "We have to be cognizant of that, when we take anything in," Jones says. "We even look for patrons and sponsors to underwrite not only the acquisition of objects but also the cost of conservation."

In recent years, the FIDM Museum has loaned undergarments to the Victoria & Albert's Undressed show, a Rudi Gernreich thong swimsuit to Reigning Men at the LACMA and a lavish Emilio Schuberth ball gown to the Eleganza: Italian Style exhibition that spent time at the Musée McCord in Montreal. And requests are on the rise in part because of FIDM's strong social media presence and lively artifacts research blog. "I'm working on a wish list of objects for a curator right now," Jones says. (That wish list belongs to Finamore's next exhibition in Boston.)

There are also practical considerations to weigh before lending a piece because, like a diva, an artifact must rest between appearances. Exposure to light can be detrimental to an item, for example. Garment weight also puts stress on seams and textile fibres, even when curators design mannequins with as much support as possible.

"With fashion exhibitions, it's complicated. It's a much more fragile medium," Finamore says. "Insurance value is more of an issue with a classic fine-art exhibition, but the flip side is paintings are easy to transport, whereas costume has the elaborate couriering, dressing, and the cost of the mannequins or custom-made mounts. She adds: "We have turned down loans in the past because a dress has already been on display for too long. Any time you put a garment on display there is going to be deterioration, even if it may not be visible to the naked eye and even though it's highly controlled. It can be cumulative."

"One of the challenges of curating is that you are making something that is ephemeral," the Bata's Semmelhack says. "You're doing all this work, study and effort to see the object in new ways and new contexts and you want that information to get out there so other people can see it." That desire must be balanced with the responsibility to the object. "I say this all the time, that curating is an act of restriction," she adds. "You always have to bear in mind that your interpretation is only going to be one episode in that artifact's life."

Upcoming must-see design shows at museums around the world
April 5, 2017 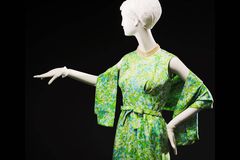 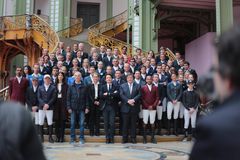