When it was announced in late April that Dao-Yi Chow and Maxwell Osborne – the designers behind emerging contemporary brand Public School – would take over as creative directors of DKNY – Donna Karan’s lower-priced ‘diffusion’ line – a buzz surged through the fashion community. After all, Chow and Osborne – whose seven-year-old line is known for its streetwear-inspired pieces – are still relatively fresh faces in the industry, and Donna Karan is among the most respected names in American fashion.

But DKNY had been flagging. Before the big announcement, the line, which was previously designed by Jane Chung, DKNY’s executive vice-president, faced serious competition from an explosion of streetwise brands including Kenzo, Opening Ceremony, Acne Studios and, perhaps most notably, Public School itself. It didn’t help that the popular fashion site High Snobiety had published a piece declaring diffusion lines dead. So why the sudden investment at Karan’s? Because, like a handful of other designers right now, she seems to recognize that if a brand gets its lower-priced offshoot right, there’s no better way to attract a wider audience of design-conscious customers. Getting it right, however, isn’t as easy as tweaking the name of the label and riding the parent brand’s buzz.

The diffusion strategy seems simple: extend the brand through more affordable clothing and accessories and grow audience share. But such an experiment isn’t without risk. Take the recent flop at Marc Jacobs International. Launched in 2001, its diffusion line Marc by Marc Jacobs was a droll distillation of the company’s primary collection – resembling a cool kid-sibling’s closet compared to the sophisticated, arty fare that the main line was known for. In 2013, industry veterans Luella Bartley and Katie Hillier were tasked with taking over the women’s-wear side of the collection from Marc Jacobs himself.

Luxury brand Max Mara, known for its use of quality materials and strict Italian craftsmanship, launched Sportmax, one of the world’s first and longest-running diffusion lines, in 1969. At the time, it was embraced by Youthquake culture and featured bolder silhouettes and brighter pops of colour than the Max Mara line. Today, it caters to a client who appreciates style but doesn’t want to look trendy. 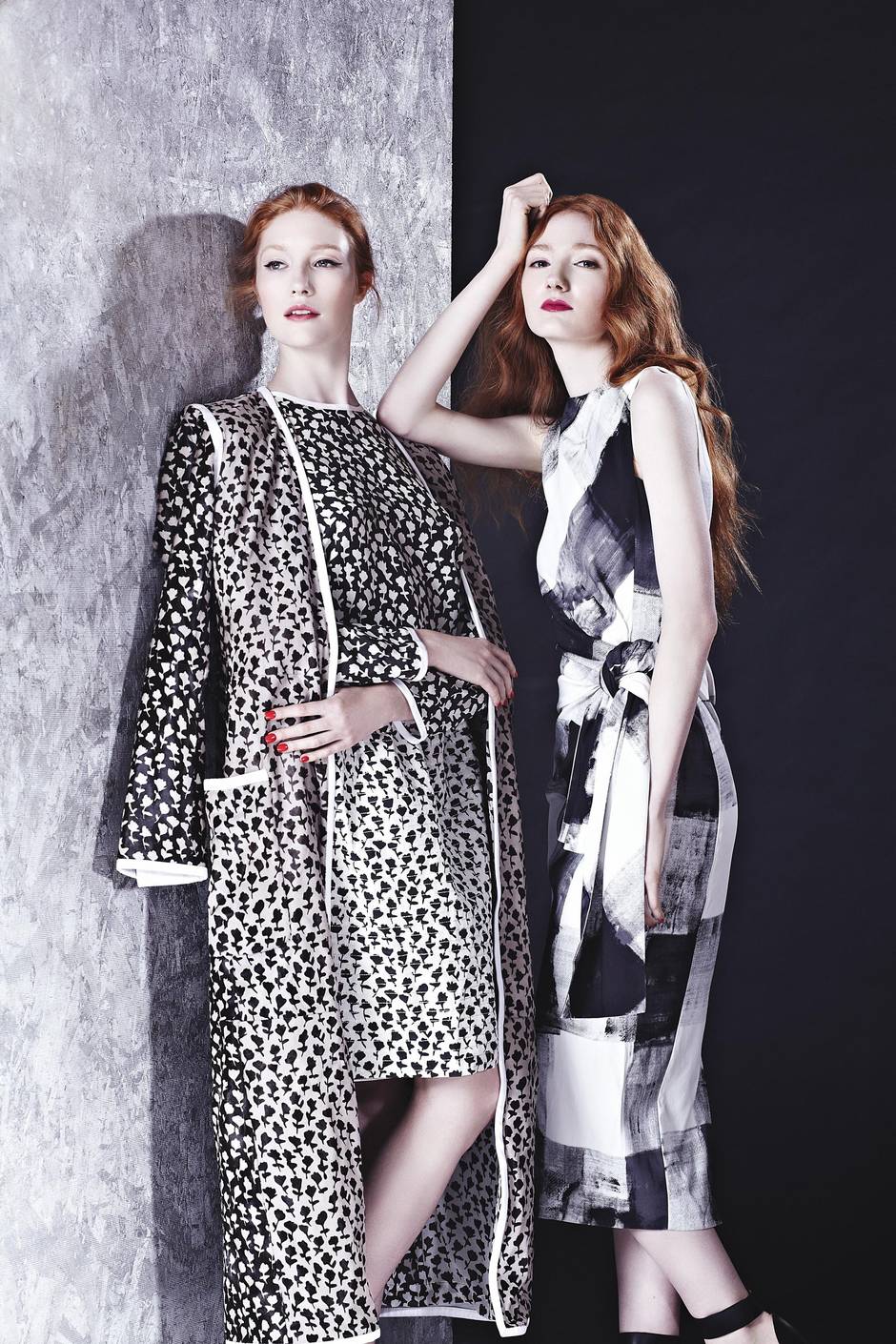 (Mike Lewis for The Globe and Mail)

Hillier had been designing accessories for Marc by Marc Jacobs for over a decade and Bartley had been named Designer of the Year at the British Fashion Awards just a few years prior. They seemed to be the perfect pairing of entrenched brand awareness and new blood. British Vogue published a fawning article on the pair’s takeover in 2014, calling the appointment inspired.

When their first collection for the newly minted MBMJ debuted, the message was clear: This was not the Marc by Marc brand that its customers had come to know. It was decidedly more punk rock than the quirky cardigans and printed babydoll dresses of previous seasons. The duo’s following spring and fall 2015 collections were similar in their punkish bravado – slogans such as “New World System” and “Solidarity” were splashed across maxi-dresses and sweaters. The edgy approach might have worked at a less-established brand, but, in the kingdom of lighthearted cheer that Marc by Marc Jacobs occupies, it looked more and more off-brand. Sure enough, shortly after the fall/winter 2015 collection was presented during New York Fashion Week this February, it was announced that MBMJ would be absorbed into Marc Jacobs’s main line with the man himself once again in charge.

Translating – and reinvigorating – a label for a new audience takes careful engineering. And while the creative process can’t be squeezed into a formula that will guarantee success, the management strategy can. During Bartley and Hillier’s tenure at MBMJ, Marc Jacobs’s attention was spread thinly over his main line, the launch of the Marc Jacobs Beauty brand and his tenure as creative director at Louis Vuitton. It’s easy to see how the recognizable Marc by Marc sensibility went off course in the hands of a team that was given too much leeway.

The 15-year-old Toronto-based label LINE Knitwear, known for its luxe sweaters and cardigans, launched its diffusion line, John & Jenn, in 2012. The youthful offshoot is more inclined to take aesthetic risks since its wares aren’t meant to be long-term investments. 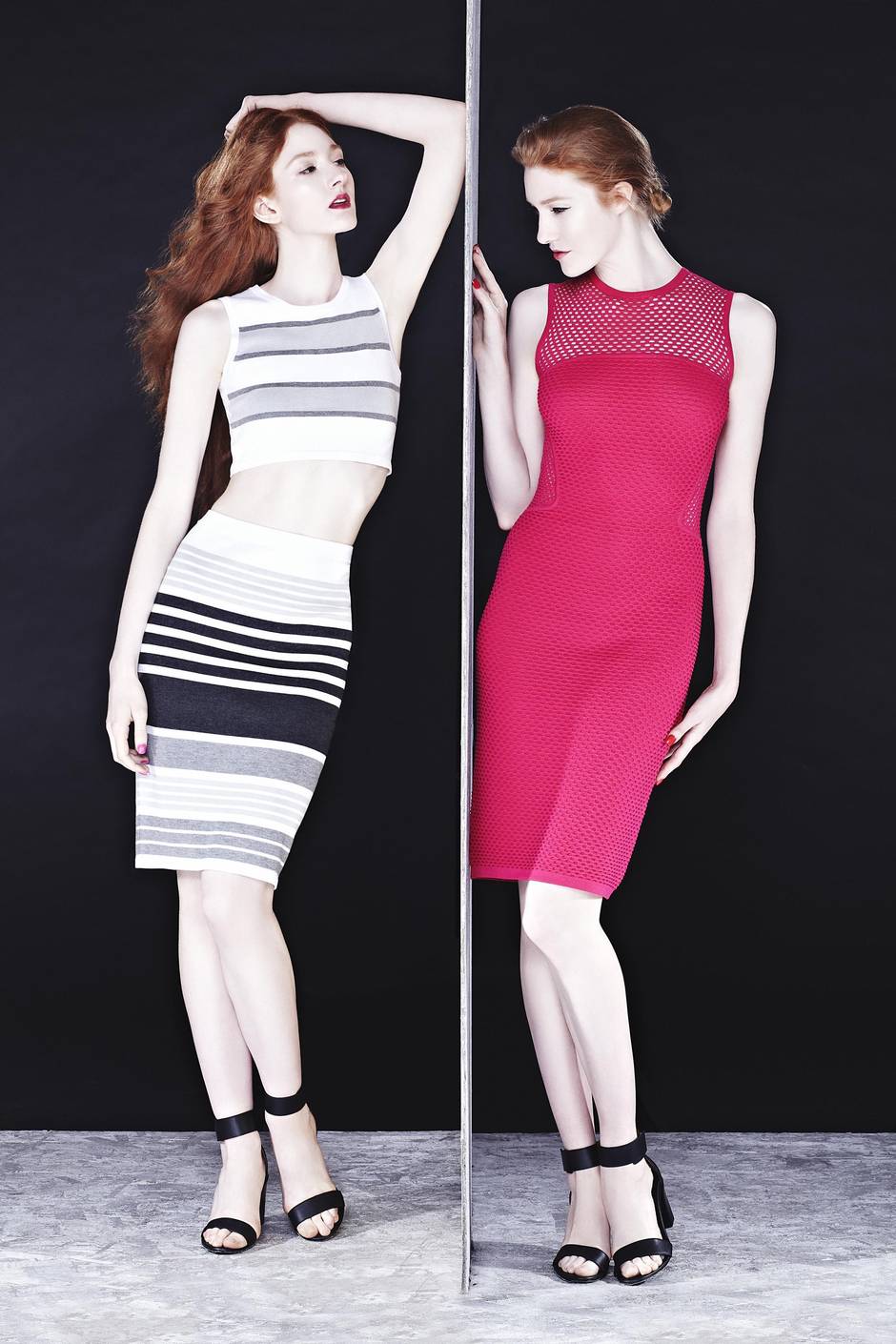 (Mike Lewis for The Globe and Mail)

By contrast, at LINE Knitwear, tight oversight is key to the success of its three-year-old diffusion line. Co-founder John Muscat launched the secondary line, John & Jenn, in 2012 with partner Jennifer Wells. While the luxe cardigans and sweaters of LINE’s principal line have, over the past 15 years, amassed a sizeable following – fans include Drew Barrymore, Jennifer Garner and Cameron Diaz – John & Jenn does a solid job of extending LINE’s reach.

To get the diffusion label off the ground, the duo took a Hydra-style approach: They created a separate identity for John & Jenn that shared fundamental design DNA with LINE. The main difference is proportion, including leaner and cropped silhouettes that create a more youthful spirit. Muscat and Wells appointed separate teams to work on each collection, but they oversee, approve and edit at all. The process prevents creative fatigue and ensures consistency.

John & Jenn went from being in 25 stores in Canada its first season to 70 worldwide by its second. That growth is similar to what Max Mara experienced when it launched one of the fashion world’s first diffusion labels Sportmax in 1969. At the time, the ‘60s youthquake created a demand for spirited, modern clothing, and the elegant Italian luxury brand responded by weaving its classic designs into a more accessible collection featuring bolder silhouettes and bright pops of colour. Sportmax has remained popular, largely because its pieces bear the same attention to detail and strict Italian craftsmanship of the Max Mara brand.

Ultimately, this is what sets diffusion apart from other affordable fashion options. Although many diffusion lines are mass-manufactured, they aren’t the product of a fast-fashion team tasked with knocking off the latest runway trends. The goal instead is to realign the vision of a high-end collection for a new audience. And though the experiment sometimes fails, diffusion is far from dead. As Muscat puts it, it’s a fine balance between knowing yourself in order to reinvent yourself: “You have to think, ‘How can we tell our story differently?’”