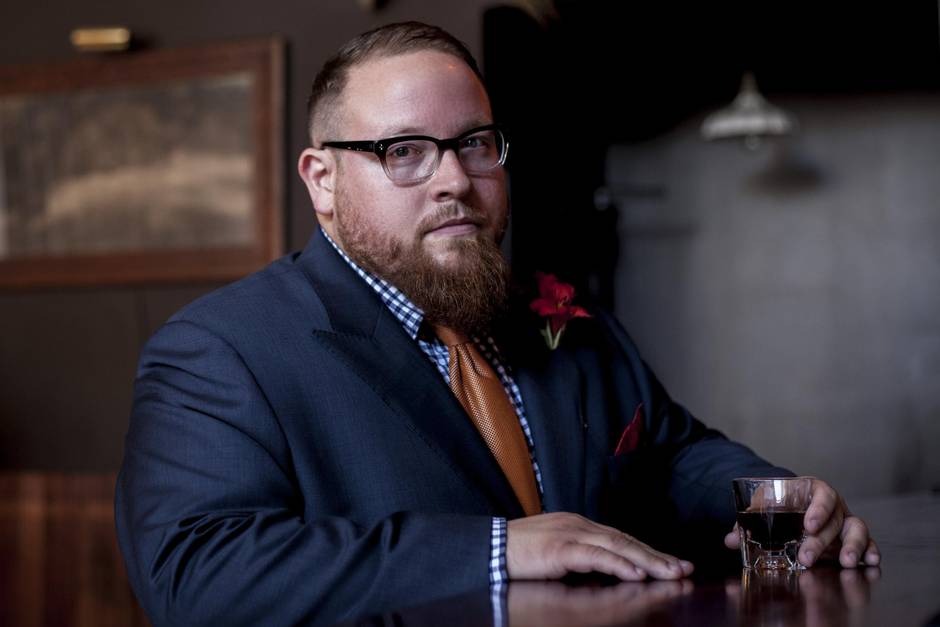 Bruce Sturgell just wanted to buy a shirt. Maybe a pair of shorts. But he couldn’t find anything in his size – he wears a XXL to XXXL shirt and sizes 42 to 46 in pants, depending on the brand – at the mall. Defeated, he bought a six-pack of beer and went home and created a blog on Tumblr, a popular social-networking platform, to complain. That fateful day nearly five years ago marked the beginning of Chubstr, a site that, as its Tumblr puts it, “helps big guys find, create, and share their style with the world.” According to Sturgell, that’s no small feat, considering the obstacles larger men still face when it comes to fashion. “There’s a preconceived notion that bigger guys don’t care about how they look,” he says over the phone from Portland, Ore., where Chubstr is based.

And while the conversation around sizing in women’s fashion has given rise to a steadily growing range of retail options, men in the big and tall category – that’s typically anything above an XL in shirts and 36 in pants – are left with surprisingly little choice.

“A lot of bigger brands are offering clothing in extended sizes, but they’re not really talking about it. They might have a link on their site, but they’re not going out and really promoting it,” Sturgell says. “They’re definitely not showing models that look like me.” Both Ralph Lauren and Eddie Bauer, for instance, have big and tall options, although neither has received a significant marketing push. But they are at least among the few companies offering on-trend clothing for plus-sized men with a youthful sensibility, compared to the many independent big-and-tall stores, which have limited style options, Sturgell says.

“When I’m looking for big-and-tall clothing and I get a catalogue or look at a website, it’s Hawaiian shirts and Soprano’s-style track suits. It’s not what I want,” Sturgell continues. “It can be frustrating, especially when you look at how much better women are being catered to. Women’s plus size is booming. There are brands out there that are doing it well. They’re using plus-size models of different shapes and sizes and ethnicities. They’re getting it right and they have audiences that love them.”

In Canada, Addition Elle is the most prominent plus-sized women’s-wear brand, while south of the border retailers include Avenue, Ashley Stewart, Catherine’s and Lane Bryant.

In 2014, the close to 6, 000 plus-sized women’s clothing stores in the U.S. generated $9-billion in revenue, according to IBIS World, a market research company. Meanwhile, there are fewer than 1,000 such stores for men, which generated only $1-billion, according to the same source. 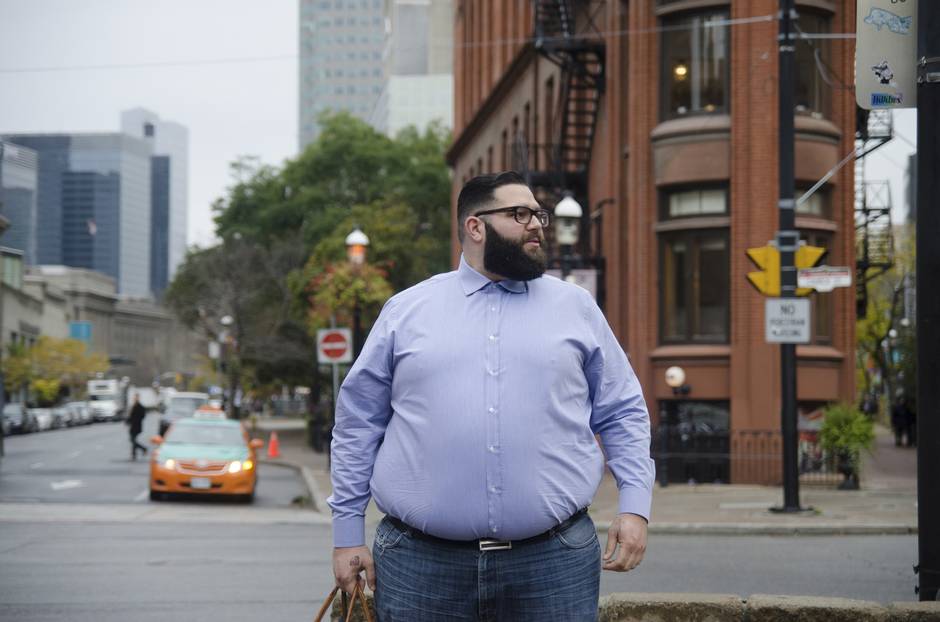 “For men, it’s still very challenging,” Leo Park, co-founder of Parker & Pine, a Toronto-based company that makes colourful boxer briefs and classic dress shirts for bigger guys, concurs. “You’d be surprised how many bloggers or fashion magazines we’ve encountered who are opposed to talking about plus-sized men’s fashion in general.”

“It wasn’t sexy for them,” Park says.

It’s a stereotype that, until recently, has largely dogged women, around whom the cultural conversation about body image has almost entirely focused. A rare exception was the “dad bod” phenomenon this spring. In a viral web post titled “Why Girls Love the Dad Bod,” Clemson University student Mackenzie Pearson described the anti-abs physique as “a nice balance between a beer gut and working out. The dad bod says, ‘I go to the gym occasionally, but I also drink heavily on the weekends and enjoy eating eight slices of pizza at a time.’” The essay was obsessed over on millions of web pages, many of them accompanied by photos of famous dad bods like Leonardo DiCaprio’s and Jason Segel’s. Amid all the sizing up, however, love handles didn’t seem, at least on the surface, to be a cause for self-conscious fretting. And yet, since then, the talk of male body image has returned to the margins, where it quietly resides – a contributing factor, perhaps, to the narrow representation of the male physique on the retail landscape.

Perhaps that may change, however slightly, now that Instagram star the Fat Jewish (a.k.a. Josh Ostrovsky) has signed a modelling deal with One Management, the same company that represents Bar Refaeli, Nicki Minaj, Iman and Sean Avery.

In the meantime, there are few aspects of the plus-sized men’s market to cheer.

One of them is the proliferation of bespoke options, which has been “a lifesaver,” Sturgell says – at least when it comes to dressier attire. 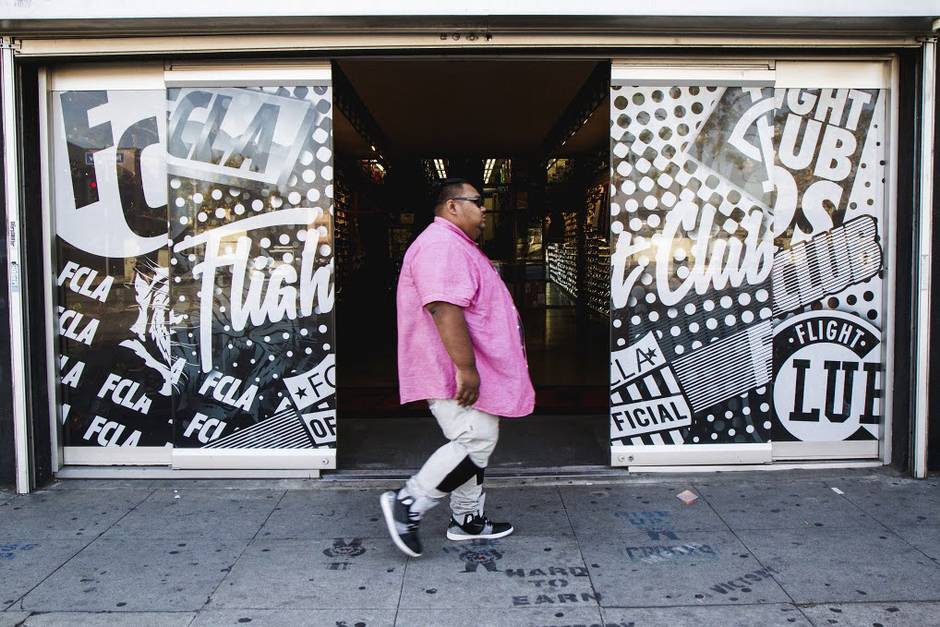 “The biggest problem with bespoke right now is that for the most part, it is really focused on things you’d wear to work, or a formal event. There aren’t a ton of companies out there offering more casual options,” he says.

To Antony Karabus, a Toronto-based retail analyst, the dearth of shops selling on-trend plus-sized men’s wear boils down to bad business. “I don’t understand why there isn’t more investment in that space,” he says. A company such as Destination XL, the largest retailer of men’s big and tall clothing south of the border – and worldwide the biggest of its kind – would likely enjoy success if it filled the vacuum in Canada, Karabus says. “If DXL would come up here, they would kill the market,” as he puts it. But the retailer, which stocks brands such as Nautica, Reebok, Michael Kors and Polo Ralph Lauren, is available in Canada through online sales only. That certainly means access, but retail stores would provide greater visibility to a category that has been in the margins too long.

In the U.K., several companies are far ahead of the curve compared to North America, including Jacamo, Next,. and High and Mighty, all of which market stylish clothes that fit taller and broader frames.

Chubstr, for its part, has started partnering with brands that offer big and tall lines to launch an online store later this year, although Sturgell is keeping the names of partners under wraps until the launch.

“The more we talk about guys of different sizes and shapes, the more it will become clear to brands that there is a market with plenty of demand,” he says.