The dos and don'ts of dressing etiquette have gotten a lot less formal since the Downton Abbey days. One of my favourite over-sixty-fivers curses like a sailor, and talks about her vibrator in public – but wear denim to her house for dinner, and you'll hear about it. New research, amassed by one of the United States' largest professional recruitment firms, reveals that most employers are similarly outraged by overly inappropriate fashion statements among millennial job applicants (so much so, that they are three times more likely to hire "older workers," i.e., people with the good sense not to show up for an interview in flip-flops).

The dress-for-success mantra is nothing new, but may be worthy of re-examination given the rise of the casual dress code and the growing number of Canadians who work from home. Besides occasional sleep-in, my favourite part about working chez moi is the freedom to spend most days in my PJs and/or robe and/or mismatched sweats. I cherish being able to conduct errands looking like the "before" picture from a makeover show. At the same time, I know all of this schlubbery is not without consequence: If you dress like you belong on a couch, then you're liable to end up sitting there, watching The View when you should be working – or, um, so I've heard. This week's challenge – to dress like a successful, professional grown-up – was well overdue.

My favourite story regarding the wardrobe/work-ethic correlation is about rock star and writer Nick Cave. On most weekdays the notorious Aussie bad boy wakes up, shaves, puts on a suit, leaves his house, walks out the front door, and through a separate entrance that leads into his basement office. Amazing.

I mimicked this routine to the best of my ability. As suspected, the psychological upshots were immediate Yes, I lost about half an hour to this whole "getting ready" process, but once I was on the job I felt infinitely more together, more capable of task-mastery, more committed to the workday and less like someone who might eat a litre of mint chocolate chip for lunch.

We all know that our attire affects how other people perceive us (more on that soon), but the fact that it also affects how we see ourselves is part of a field of research called enclothed cognition. One study by Northwestern professor Adam Galinsky showed that simply by sporting a white doctor's lab coat, the average non-doctor becomes more capable of prolonged focus. In my case, I found that a blazer had similar effects.

My mom mentioned that she is most aware of the relationship between dress and success when she tries to make a complaint or return something to a store. Dress nicely and salespeople tend to behave like customer-service-obsessed sycophants, but show up in sweats and good luck getting anything but snide condescension. The classic Pretty Woman "big mistake" scene comes to mind (where Julia Roberts's character reams out a bunch of snobby sales women who wouldn't give her the time of day when she was dressed like a prostitute). I decided to end the week by staging a similar experiment at an insanely expensive furniture store near my house.

I chose this particular boutique because I've already been on the receiving end of their snootery a couple of times. I primped, I put on a ladies-who-lunch type dress, I wore high heels and carried my most expensive-looking handbag. I made my grand entrance, and then … nothing. I was the only person in the store and still, not even a hello. So maybe customer intimidation is the way you convince someone to spend $2,000 on a chair? Or maybe the salesperson recognized my purse as a knock off, or noticed my chipped nail polish.

Overall, I found that dressing for success made me more confident in my interactions, more calm, more spontaneous ( "Sure, I'll come and meet you for a drink [since I'm already dressed for it]"), and less likely to respond to stress by diving under the covers. I can't imagine I'll never work in my pyjamas again, but on those days when I want to put my best foot forward, it only makes sense that said foot isn't wearing a bunny slipper.

Holiday challenge: In the lead up to turkey day, give thanks for the good things in your life by paying it forward. Perform as many random acts of kindness as you can. Does doing good for others make you feel better? (We bet it does.) Share your thoughts at fb.me/globelifestream. 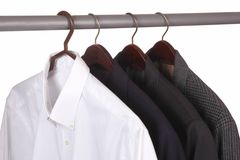 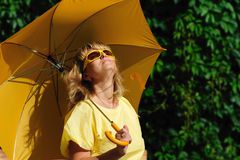