Like most fashion enthusiasts who grew up in the early nineties, my bedroom walls were plastered with ads for United Colours of Benetton and images of Madonna clad in Tom Ford-era Gucci. I played Fashion File on repeat. But around the same time that I was uncovering my style DNA, I hit puberty. Growing up in a strict Muslim household, that meant donning the hijab and dressing modestly in loose clothing to hide any hint of womanhood. As there were no cool or avant-garde Muslimahs around me who could serve as style inspirations, I took my cues from nineties R&B girl groups like TLC and designers like Comme Des Garçons’ Rei Kawakubo and dressed in baggy pants and jackets.

As I saw it, the act of showcasing my style identity while wearing the hijab was subversive. After all, I wasn’t interested in looking like everyone else (that is, like the cast of 90210). 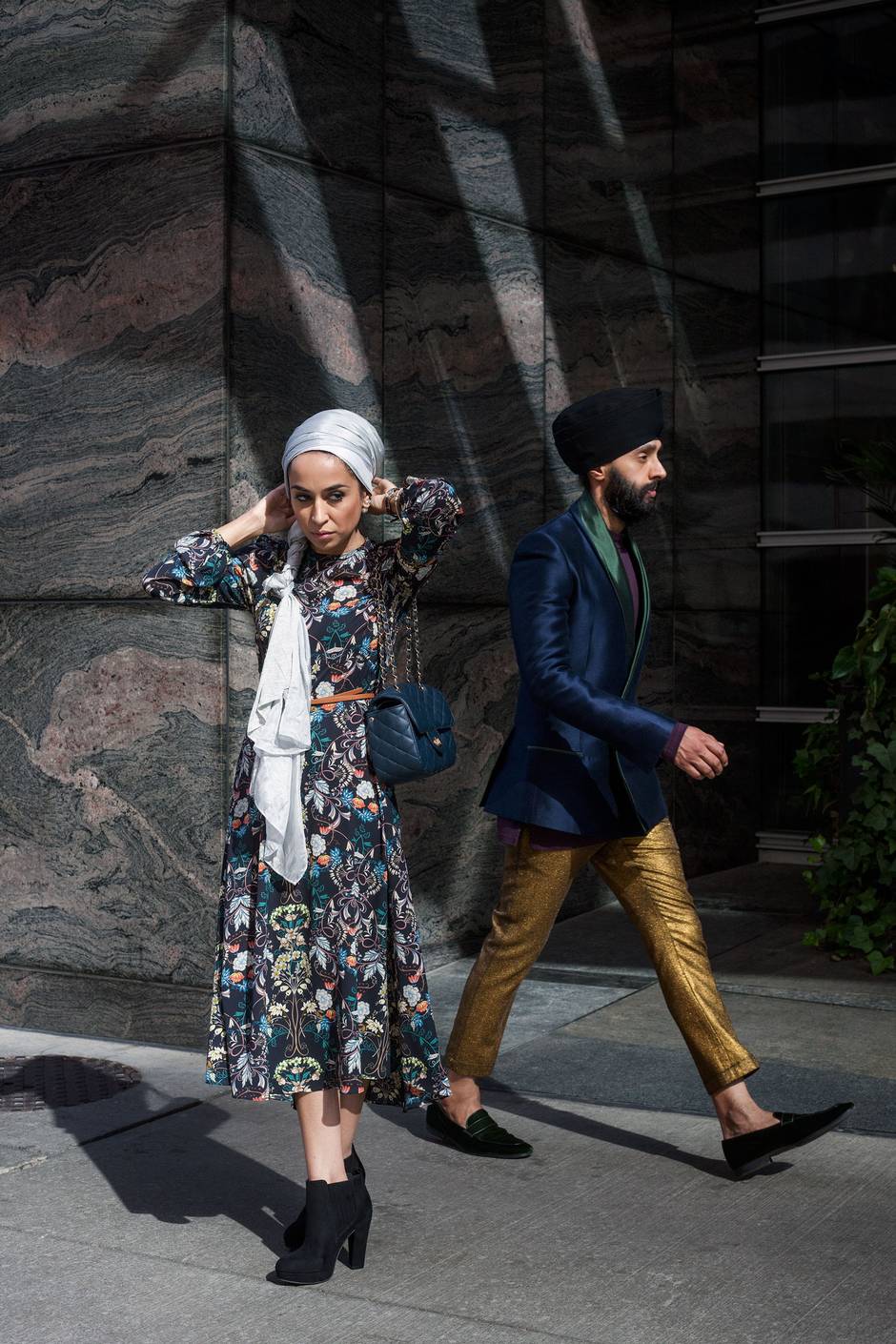 I wanted to prove to my clique of teenage fashion super fans that showing up on the first day of grade 9 wearing the hijab didn’t mean I wasn’t hyper-focused on Marc Jacobs’ grunge collection for Perry Ellis. The hijab, in fact, offered an opportunity that I relished: to work within a set of rules, and sometimes limitations, while forging my own aesthetic that close friends coined “very Samra.”

I stopped wearing a headscarf at 19 and chopped off all of my hair, a symbolic way to forge my own identity that wasn’t dictated by my parents’ wishes. I can’t say I would have done the same if I were a teen provocateur today. That’s because, lately, hijabs and turbans have come to exude the sort of coolness that tattoos and leather motorcycle jackets once had. They’ve been popping up in everything from music videos to couture campaigns, making observant style makers more visible than ever. The retail world is jumping in too, offering these clients an ever-increasing number of fashionable ways to express their individuality while upholding their beliefs. 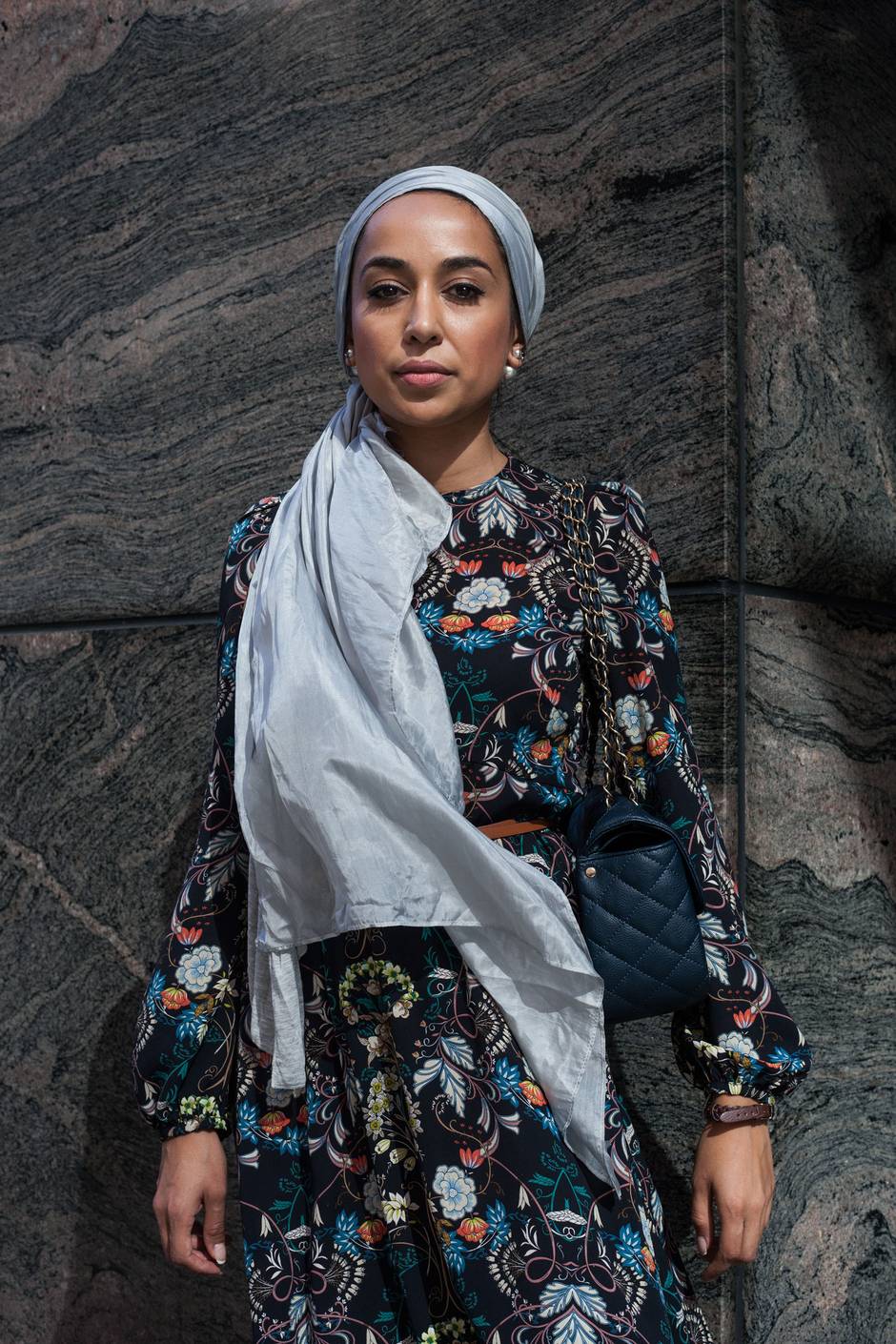 Aminah Sheikh, a labour activist in Toronto, believes that dress-code restrictions can give way to creativity when it comes to fashioning a look / Photos by Hudson Hayden

Launched in New York in 2011 by two Orthodox Jewish sisters, it caters to Muslim and Jewish women searching for style-conscious clothing that is compatible with their religious beliefs. It trades in loose, well-cut frocks and leggings that make dressing modesty look chic. Another line, called Veil Garments, recently launched high-performance water– and sweat-proof hijabs for athletic Muslim women.

But niche companies aren’t the only ones to discover there’s money to be made by marketing to a religious clientele with deep pockets. A study released last year by the American Muslim Consumer Consortium noted that, as of 2013, there were an estimated 5.7 million Muslims in America and their disposable incomes totalled $98-billion dollars.

"If someone has a preconceived notion of the type of person who would wear a turban, then I want to upend that notion"
- Parambir Keila

This shift in the marketplace is welcome to Aminah Sheikh, who is always looking for creative ways to incorporate the hijab into her daily look. Last year, the Toronto-based labour activist appeared in a music video made by self-identifying “Mipsterz” (that is, Muslim hipsters) that showed stylish hijabwearing women looking impossibly cool while skateboarding and fencing. The music video became a hit on social news websites such as Buzzfeed and Mashable. 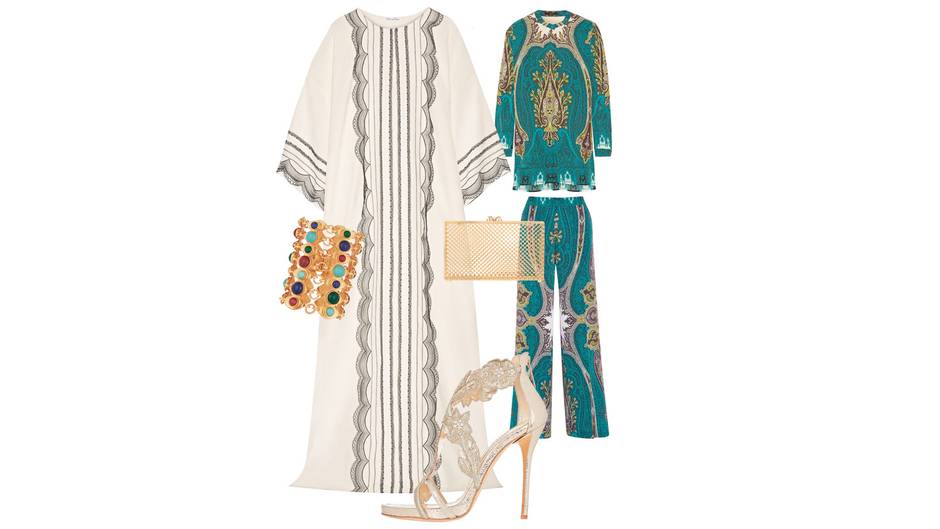 Sheikh wore the hijab for 10 years and admits that, while it was limiting, it made her rethink fashionable attire. “It forces hijabis to be creative within restrictions,” says Sheikh.

For many Muslim women, the hijab has become a tool for self-expression and, not surprisingly, social media has played a role in modernizing the garment. Instagram accounts like Hijabfashion and Chichijab, for instance, offer a wealth of photographic inspiration for women looking for ways to style their head coverings while making a statement about who they are.

Street style, too, has played a role in normalizing – and stylizing – religious signifiers. See turban-wearing influencers like actor and designer Waris Ahluwalia and Sonny Caberwal, who appeared in a 2009 GQ fashion editorial and a Kenneth Cole ad campaign.

Their influence can be felt in Deepa Mehta’s new gangster comedy Beeba Boys, which premiered at the Toronto International Film Festival this month and features a gang of ultra-stylish Sikhs, some of whom sport turbans with their skinny suits and sockless oxfords.

Another burgeoning turbaned street-style star is Parambir Keila. The Toronto-based physician is featured in a new campaign for Holt Renfrew (which coincidentally appears in these pages). He admits that his penchant for pairing religious headwraps with wardrobe pieces by Haider Ackermann and Ann Demeulemeester is very much considered. 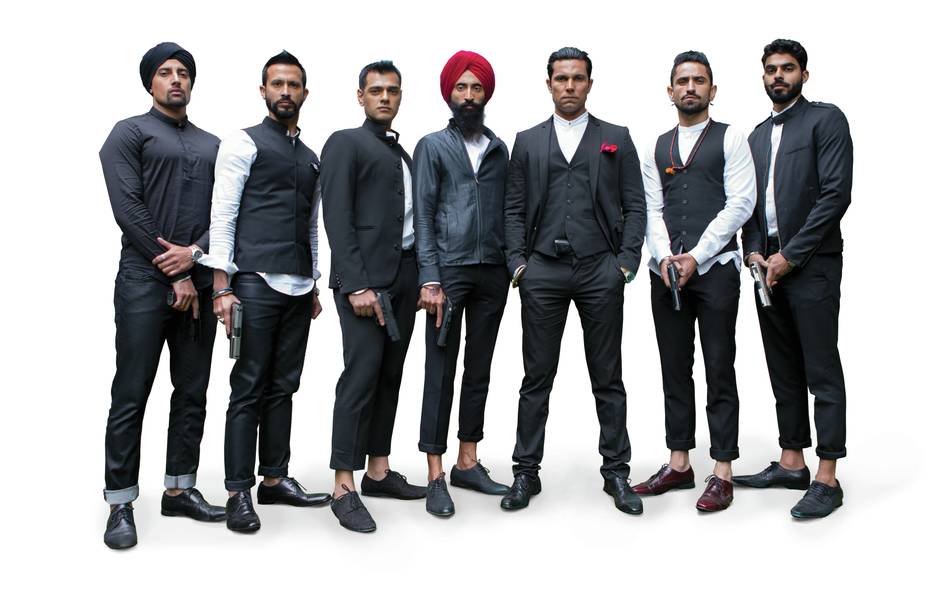 “If someone has a preconceived notion of the type of person they expect would wear a turban, then sometimes I want to wear clothes that will upend that notion. It connects me visually to a belief system, along with all the positive and negative associations others may have with that. I actually love it when a stranger asks if I’m a Sikh or about the colour of my turban. It’s not so much fun if they accuse me of being connected to events in the Middle East. Fortunately, both scenarios present teaching moments.”

I decided to forego the hijab at 19, hightailing it to the salon to get my locks chopped off à la Joan Jett and announcing my new identity as an aspiring feminist icon. Although I no longer wear the hijab, I recently reconsidered when I met a heavily tattooed, hijab-wearing Muslimah named Leila in Berlin. I was there to photograph queer Muslims for a project I’m working on. She was wearing her hijab like a turban, and her sleeveless denim dress revealed tattooed biceps that honour her black feminist role models. She talked about how wearing the hijab was a political statement for her and that she wanted to change people’s perception that every Muslim woman who wears one is oppressed. Meeting her made me wonder if I could have ditched the Joan Jett ‘do and created a gutsier identity for myself as a hijab-sporting, motorcycle-jacketwearing 20-year-old.

What could be more punk rock than that?

Editor's note: A study released last year by the American Muslim Consumer Consortium noted that, as of 2013, there were an estimated 5.7 million Muslims in America and their disposable incomes totalled $98-billion dollars. Incorrect information appeared in the original version of this article.